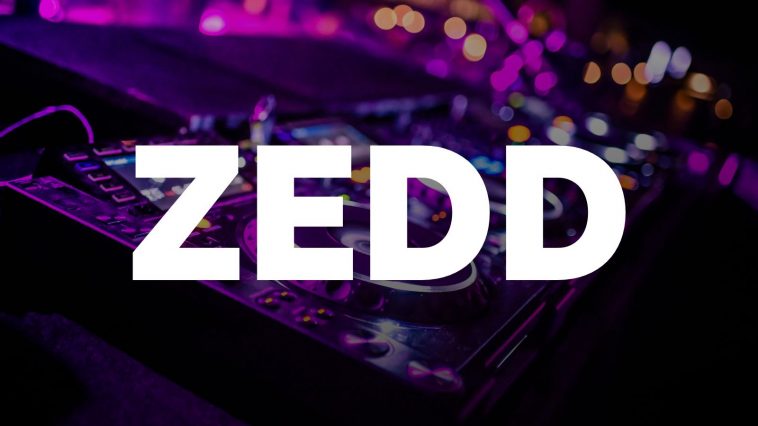 Anton Zaslavski is a Russian-born, yet German-raised record producer, DJ, multi-instrumentalist, and songwriter knew professionally as Zedd. Zedd is best known for producing electronic house music, but he incorporates influences from such diverse genres as progressive house, dubstep, and classical music. Both of his parents were musicians, and Zedd was trained classically. At four, Zedd began playing the piano and by twelve he was playing drums. After a stint with the German deathcore band Dioramic, Zaillavski became interested in electronic music after hearing Cross by Justice, a duo of French electro DJs. Now is the best time to buy Zedd tickets. Listed below are some of the upcoming shows he will be performing.

From 2010, when he left the deathcore band and ventured out as Zedd, it took two years before he had a major single hit. Zed started with remixes. A remix of “Scary Monsters and Nice Sprites” by Skrillex peaked at number 2 on the Beatport Electro House Chart, and his remix of Lady Gaga’s “Born This Way” was featured on her album, Born This Way. Although he was releasing original music during this time, it was not until he signed with Interscope Records in 2012 that he was able to break into the mainstream.

“Clarity”, recorded with British singer Foxes, was the third single from Zedd’s first studio album of the same name. It went platinum, reached No. 8 on the Billboard Hot 100 Chart, and was the most played song on American radio during February 2013. A number of other female vocalists worked with Zedd following “Clarity”. Among this group were Namie Amuro from Japan, Miriam Bryant, and Ariana Grande. “Stay the Night” a single released with Hayley Williams, was criticized by some for not matching the lyrical depth of “Clarity”. Sandra Bullock and Julia Roberts were both involved with the filming of Moment of Clarity, a documentary released about Zedd’s 2013 World Tour. The half-hour film now has over one million views on the musician’s YouTube channel.

In 2015 Zedd put out the album True Colors after taking a six-month break from touring.

At the 2015 iHeartRadio JingleBall, Zedd performed “I Want You To Know” with Selena Gomez. The track’s official music video on Zedd’s account has over 157 million views and a recording of their live performance on an unofficial account has over 1.2 million views. The video also gives a sense of Zedd’s performing style. He is captured in the video standing behind a booth fashioned from twenty-foot-high LED screens flashing frantically animated graphics. Zedd is bobbing to the beat and twisting knobs, as he introduced Selena. Wearing black, Zedd stands gyrating over Selena and the male dancers who surround her below on stage as he controls the beat.

Zedd has gone on several massive world tours since his 2012 breakthrough. The DJ began a residency at the OMNIA Nightclub in Las Vegas in 2017 but continues to tour. In 2012 Zedd joined Lady Gaga on the Asian leg of her Born This Way Ball Tour, then in 2018 Zedd accompanied Katy Perry in a similar capacity while she was in Australia. During his 2015 True Colors Tour, Zedd performed in a wide range of venues from the Rach Chiec Golf Driving Range in Ho Chi Minh City, Vietnam, to the Mall of Asia Arena in Manila, to the Encore Beach Club in Las Vegas. Now is the time to act if you are interested in seeing Zedd perform live in concert. You will find incredible deals on Zedd tickets, as well as deals on tickets to all sorts of other entertainers’ shows.

In 2018, Zedd tweeted that he does not have a middle name. Before blowing up in 2012, Zedd also expressed in an exclusive interview that, “The important point of actual music is being neglected.”

This is the best time to buy Zedd tickets. The next event near you could be soon so be on the lookout for tickets and passes. This is one show you don’t want to miss.