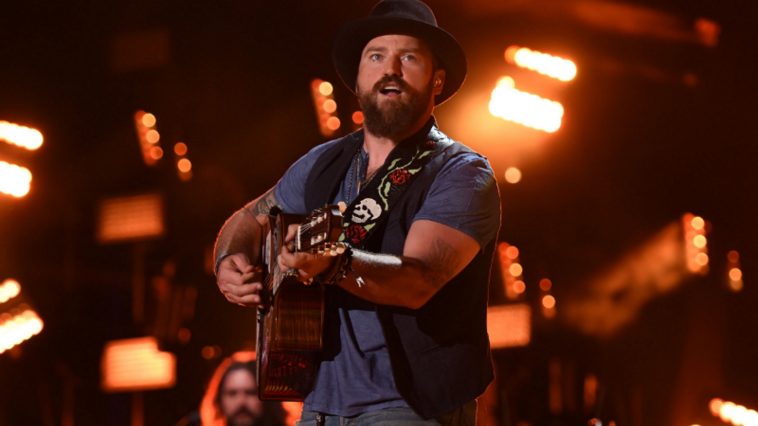 Zac Brown Band is set to play several different touring spots this year. If you are ready to get tickets you can use the listings below. There are plenty of tickets to some of the festivals as other events may be a bit harder to get. If you select a venue with seats be sure to get the best seats possible. This may mean spending some extra money, but it will be worth it. If you don’t see a location near you, please select the load more button which will take you to a page with all locations on their radar.

The title of the tour “is a reference to the never-ending pursuit of excellence”, as indicated by Zac Brown in a press statement.

Fans will enjoy also the performances of “OneRepublic” and Leon Bridges, which will be the opening acts for the tour. The tickets for the tour went on general sale on the 19th of January, with VIP packages also available, providing access before the show and backstage tours.

Without showing any signs of fatigue, Zac Brown Band is only 8 months from wrapping their last tour – “Welcome Home”, which brought them in front of more than a million fans in 50 live shows.

The tour supported the album “Welcome Home”, released on the 12th of May 2017 and produced by Dave Cobb.

Most of the album’s songs are dominated by an acoustic essence and bring fans the sweet flavor of “home” with all its derivates.

Going back to roots is the main theme of the track “Real Thing”, in which lead singer Zac Brown remembers the beginnings of the band and highlights the importance that authentic things have on his life: he evokes memories about the music that touched his soul and about the thrill of falling in love.

The same connection to roots is present also in the tracks “Roots” and “2 Places at 1 Time”.

The album is idealizing the paternal figure and this can be sensed in “My Old Man” track, in which same Zac Brown declares with high emotion the hope that he will be able to transmit to his son the teachings he once received from his father. “Start over” is a surprising combination between the Spanish melodic line, Motown style from the ‘60s, and a bit of Jimmy Buffet.

Sold 3,000,000 copies by March 2018, the album contains also a new version of a song that first appeared on the 2010 live album “Pass the jar: Zac Brown Band and friends live from the fabulous Fox Theater in Atlanta”. Called “Trying to drive”, this song has been generally acclaimed by critics and fans, as it brings the bluesy flavor that everyone expected from the album, maybe in part thanks to Aslyn, who is both co-writer and guest vocalist for this track.

If you want to experience live the thrill and the emotions brought by this album, you can get your tickets at plenty of great websites listed here at Ticketsto.org.

Zac Brown is one of the artists whose main focus was, from the beginning, to change the pattern of country music. And to do that, he created a style that is a combination of musical sub-genres. In Zac Brown Band’s music, you can find reggae, Caribbean, and bluegrass, everything in surprising harmony with plain country music.

Born in 1978 in Atlanta, Georgia, Zachary Alexander Brown listened to a wide range of music styles, from country and pop to folk and bluegrass. Starting to sing as soon as he could walk, Zac Brown was introduced at an early age to the music of Bob Marley, Cat Stevens, Willie Nelson, and the Eagles. He started his musical career while he was in high school after he saw Shawn Mullins playing at a coffeehouse in his hometown. In that period, he did covers of various country and pop songs and also composed some original tracks.

He began to study classical voice after he received a vocal scholarship and he used to play both solos and with a band to pay for his school expenses. Years later, 9/11 occurred, and that made him re-evaluate his life, quit school as it didn’t interest him, and dedicate all his time to music.

Zac Brown Band was born in 2002, a year in which they played around 200 gigs. A year later, in 2003, the “Home Grown” label, later renamed “Southern Ground” was founded. Under this label, Zac Brown Band released the same year album “Home Grown”. Two years later, in 2005, it was time for “Live from the Rock Bus Tour”, an album that sold more than 30,000 copies, despite the band not having a signed contract with a record company.

In 2006, the band consisted of the following musicians: guitarist/organist Coy Bowles, bassist John Driskell Hopkins, drummer Chris Fryar, fiddler Jimmy De Martini and Zac Brown as lead singer. After performing in several rock and country clubs, as well as in various festivals, the band released “The Foundation”, produced by Keith Stegall. The album had been released at the national level in 2008, with its first single – “Chicken Fried” – winning platinum certification for selling performance. In 2009, Clay Cook joined the band as a songwriter and performer on several instruments. The next year, “Pass the jar: Zac Brown Band and friends live from the fabulous Fox Theater in Atlanta” was released, receiving acclaim from both the fans and the critics. 2010 was also the year in which “You Get What You Give” was released, containing new tracks the band has composed or fine-tuned while touring.

In 2014, bass guitarist Matt Mangan joined the crew and a year later “Jekyll + Hyde” album debuted as a hit on “Billboard 200”, with “Beautiful Drug” and “Loving You Easy” singles reaching Top Ten. Two years later, the” Welcome home” album started its journey to the hearts of fans, as indicated above, already taken on an impressive tour that ended in October 2017.

To date, Zac Brown Band sold more than 8 million albums and 25 million singles, reaching #1 in radio singles 15 times. They have built a reputation as high-class musicians and state-of-the-art live performers, filling up arenas wherever they may be touring.

Note – The Zac Brown Band currently has almost 9 million listeners each month according to Spotify. This is a strong showing and it will most likely continue to rise as they play more concerts and festivals. With almost a million subscribers on YouTube, they definitely get a lot of views for their videos. The Foundation has had well over 131 million views since it originally came out. You can expect more great videos from them in the future.

Tickets are sold on mobile as well as in many other various methods. You should try to find the best seats for Zac Brown. You will be amazed at how good of a concert it is when you have a great view.