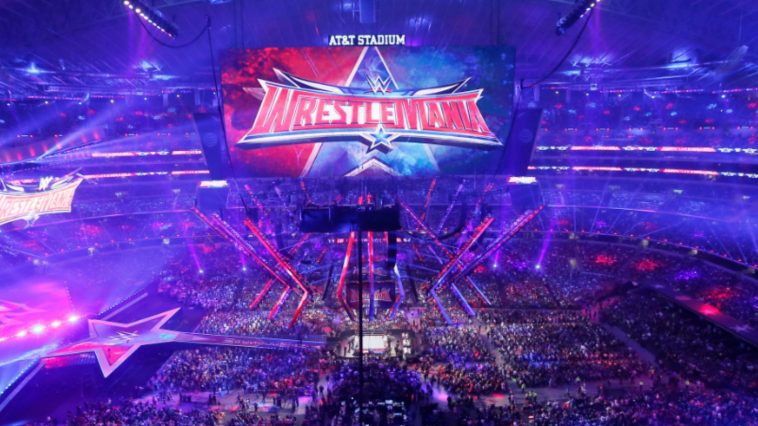 WrestleMania is the biggest event of the year for WWE fans. Professional wrestling witnessed the introduction of this major event back in 1985. Since then, it has grown into the most anticipated event within the sport. Wrestling fans crave tickets to WrestleMania, and scoring them is often the event of a lifetime.

Thinking about finding tickets to the next WrestleMania? We’ve got all of the information that you will need to make this into the most enjoyable experience you’ll have. We also have some information to help you get more out of your ticket search.

WrestleMania is a series of matches hosted by the WWE. It began in 1985 with Hulk Hogan and Mr. T headlining the main event and has grown in popularity ever since. Just over 19,000 people attended this first WrestleMania. Today, ticket sales can go as high as 90,000, depending on the venue where it’s held. So far, of the 30+ WrestleMania’s that have been held, all have been held in North America.

You should expect to see the biggest and most well-known names in the WWE present at WrestleMania. There is also a Hall of Fame induction ceremony the night before. Sometimes, you will even see movie stars or musicians present in the matches. For example, Shaquille O’Neal, a retired member of the Orlando Magic and Los Angeles Lakers were scheduled to fight in a WrestleMania match, only to have his name withdrawn a few weeks before the event. Whether this was because of personal reasons or if it was just a publicity stunt is still unclear. However, it did draw a lot of attention to the event. Other celebrities, like Mr. T, Mike Tyson, Mickey Rourke, and even Donald Trump have had appearances.

Getting tickets for WrestleMania can be tricky, but we will walk you through the best way that we’ve found to get them.

First, know that WrestleMania is held in a different city every year. This can make travel arrangements tough for some, but it also makes the event more accessible to more people over a longer period of time. This is a good thing! Your first bet is to buy tickets directly from the venue that is selling them. If the event is held at Madison Square Garden, for example, you would buy tickets directly from them. This first wave of tickets tends to sell out within a couple of hours at the most.

Second, it’s important to remember that once the initial sale of tickets ends, prices will fluctuate. This is why it’s so important that you purchase tickets through a reputable third party site. You don’t want to spend too much on tickets, but you also don’t want to buy fraudulent tickets. Going through a site like SeatGeek will help to ensure that this doesn’t happen to you.

Your timing for purchasing tickets is important. For an event like WrestleMania, your best window for buying tickets will usually be about a month or two after they originally go on sale. This is when individuals who bought tickets for themselves and friends start to realize that they will not be able to go to the event. Instead of trying to profit off of their tickets like many businesses do, they just want to make sure that they get their money back. They will list their tickets at a cheaper price so that they are guaranteed to sell. If you can find these deals, then you will be the one that benefits. Be sure to sign up for email and text alerts from the site of your choice so that you know when tickets are being listed. Also, if your favorite ticket site has an app, be sure to download it so that you can purchase tickets while you are on the go.

A little tip to save money: If you can purchase an e-ticket for WrestleMania, do it. These are cheaper for sites to send out and verify, so you will save money on fees when you use these instead. You can even store them right on your phone.

Other Things to Remember

It’s no secret that big events like WrestleMania provide an economic boost for the city where they are held. This happens because of the large number of services that are needed by those from out of town. And if you fall into this category, we encourage you to make your preparations well ahead of time. If you will need a hotel room, book your stay as far in advance as you can. If you need to get a rental car, call Hertz or Enterprise and make your arrangements. The sooner you do this, the better off you will be. Not only is it one less thing that you’ll need to worry about, you’ll be able to relax and have a better time at WrestleMania because you will know that you have taken care of all of the details beforehand.