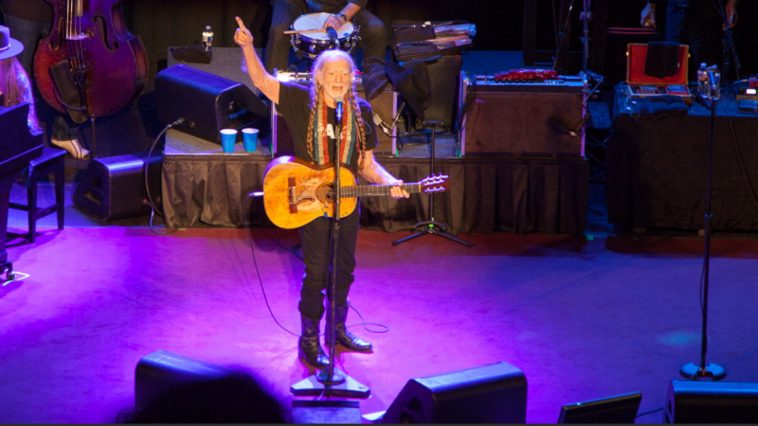 He’s known for his long braids, his outlaw attitude, and his support of legalizing marijuana. Willie Nelson is also a country music legend. He was raised by his grandparents during the Great Depression, turning to music from an early age. He wrote his first song when he was seven years old and joined a band when he was 10. He continued playing music through high school but joined the Air Force after graduating. Back problems led to his discharge and he spent two years at Baylor University before dropping out. Listed below are the tickets for some of the best seats to see Willie Nelson. Be on the lookout for some great tickets.

Like many musicians, Willie held jobs that allowed him to be around music while he continued to pave his own path as an artist. He worked as a DJ at radio stations and sang at honky-tonks in Texas. He also held jobs selling bibles and vacuums, as well as becoming a sales manager for Encyclopedia Americana.

After moving to Nashville in 1960, Willie started playing shows downtown at the infamous Tootsie’s Orchid Lounge. During one performance, a man by the name of Hank Cochran, who worked at the publishing company Pamper Music, was moved by Nelson’s performance. Willie signed a publishing contract with Pamper Music, followed by a recording contract with Liberty Records. He recorded his first album, …And Then I Wrote in 1962.

By 1964, Willie had signed a new record deal with RCA Victor. His first album, Country Willie – His Own Songs, was recorded in 1965, the same year he joined the Grand Ole Opry. The albums that were released by RCA did not do well but the label still wanted Willie to renew his contract. Willie, however, decided to retire and move to Austin, Texas.

He continued to play music, frequenting the Armadillo World Headquarters, where he felt more at home and started reinventing himself. The music vibe in Austin was akin to Willie’s hippie lifestyle and he decided to get back to recording music. He signed a deal with Atlantic Records, becoming the label’s first country artist. He was well on his way to becoming an artist who would someday be selling thousands of tickets to his live shows. While under contract with Atlantic, he released the albums Shotgun Willie and Phases and Stages before once again switching labels and signing with Columbia Records.

Over the years, Willie Nelson continued to release albums, experimenting with other music genres like reggae, jazz, blues, and folk. In 2005, he released a reggae album, Countryman. He did a lot of touring under a variety of record labels and his music often received mixed reviews.

While Willie was recording and performing in the 1990s and 2000s, he collaborated with several other artists, including Phish, Johnny Cash, Ringo Starr, Zac Brown Band, and Toby Keith. The video for the song “Beer for My Horses,” which Nelson recorded with Keith, won Best Video at the 2004 Academy of Country Music Awards.

How to Buy Tickets to Willie Nelson Shows

As much as Willie Nelson might enjoy selling concert tickets in exchange for marijuana, you do need to purchase them with actual money. Luckily, the listings above have great deals on tickets to shows so you don’t need to worry about breaking the bank to hear Willie live.

Willie Nelson has more on his resume than just making music. He is also an actor, activist, author, and spokesman. His first movie appearance was in 1979 in the film The Electric Horseman, and he later appeared in Honeysuckle Rose, Wag the Dog, Half Baked, The Dukes of Hazzard, and Swing Vote. His television guest appearances include Miami Vice, Nash Bridges, Dr. Quinn, Medicine Woman, and Space Ghost Coast to Coast. He is on the advisory board of the National Organization for the Reform of Marijuana Laws and owns the bio-diesel brand Willie Nelson Biodiesel.

His first book, Willie: An Autobiography, was released in 1988. He went on to write several more books, including a new autobiography, Roll Me Up and Smoke Me When I Die: Musings from the Road that came out in 2012.

Willie became the official spokesman for Texas Roadhouse in 2002. He has appeared on Food Network to promote the steakhouse chain, which has a special section full of Willie Nelson memorabilia at some locations.

In true outlaw style, Willie Nelson is sure to draw fans in with his classic songs and laid-back personality. There’s a good chance he’ll advocate for marijuana legalization and it might be high when he does. But that won’t stop him from putting on a darn good show. Get tickets to the next Willie Nelson concert in your area and make sure you get the best seats in the building to really have an amazing time.