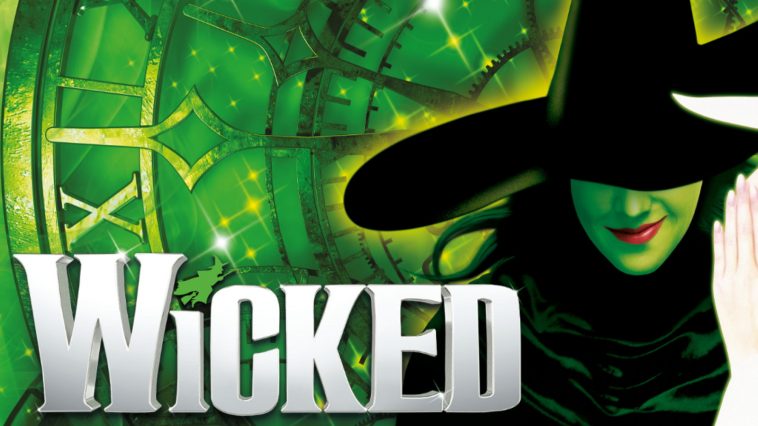 Wicked is one of Broadway’s darlings. Its second-highest grossing show (after the Lion King) and running consistently since 2003, it is also Broadway’s sixth longest-running show. With stellar music and fascinating characters, this is a show based on a story we all love that will keep you on the edge of your seat with its fun, fantasy, and heart. With the listings below you can find yourself some of the best seats in the venue. Try not to hold back too much as it will be well worth it in the end.

It’s the story of Elphaba, or the Wicked Witch of the West, from the 1995 novel by Gregory McGuire which is based on the 1939 movie, the Wizard of Oz, and the 1900 book by L. Frank Baum, the Wonderful Wizard of Oz. We all know the story of Dorothy and her run-in with the green-tinted witch, but in this musical, we get to find out just who this witch really is and how she got to be the nemesis that she is. We find out the surprising origins of the famous green skin, the pointy hat, and even how she got that broom to fly!

It all actually started several years before Dorothy arrives in Oz on her tornado and centers on intelligent, feisty, and misunderstood Elphaba and her former friendship with the character we all know as Glinda the Good Witch. The story involves magical powers, liberation movements, the “popular” crowd, falling in love, and the question of what exactly makes someone “wicked” or “good” – is its intentions or results? The show dabbles in nuanced issues such as disability, political activism, and infidelity while tracing Elphaba’s eventual journey to possessing the reputation of the “Wicked Witch”.

How to Buy Tickets to Wicked

Experience the hilarity and insight of Wicked by purchasing cheap tickets from the listings above. There are a lot of shows to choose from. It will be up to you when it comes to finding the best seats.

First performed in San Francisco for a short run in June 2003, the show got mediocre reviews. The script and music writers spent a few months fine-tuning the story and songs, and when it opened again on Broadway in October 2003, the reviews were enthusiastic.

Time Magazine said, “ If every musical had a brain, a heart, and the courage of Wicked, Broadway really would be a magical place,” while USA Today commented, “[Wicked is] the most complete, and completely satisfying, new musical I’ve come across in a long time.” Pointing out powerhouse performances and magical lighting, critics were mostly positive, but audiences were entirely in approval. Each week on Broadway it brings in about $1.6 million.

The year of its premiere, Wicked won three Tony Awards, and six Drama Desks, and the cast recording received a Grammy.

The show has been running on Broadway since 2003 and on the West End in London since 2006. Wicked achieved great worldwide fame and boasts runs in dozens of countries and translated language versions in Japan, Germany, the Netherlands, Mexico, Korea, and Brazil.

You won’t believe your eyes or ears as witches zoom across the stage to some of the loveliest music you’ve ever heard. From impressive special effects to award-winning sets and costumes, there is an endless array of visual delights available in Wicked. Auditorily, too, you’ll be thrilled by the beautiful and complex songs of Stephen Schwartz, who wrote for Godspell and Pippin.

One of the most successful and exciting musicals of the last decade is here for you to see. Don’t miss out on this song and dance extravaganza that reminds audiences that there are two sides to every story. Remember to look at the listings above to help you find the best seats for the show. Tickets will be readily available if you are willing to spend some money.