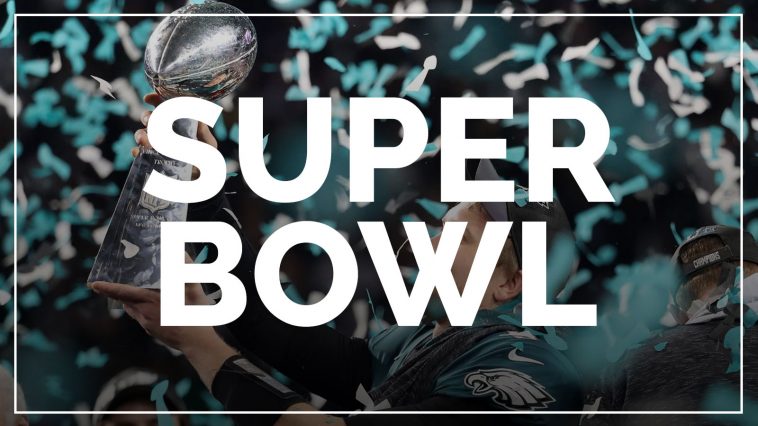 Despite the Rams’ different lineup, some are still comparing this year’s team to the famed “Greatest Show on Turf,” the Rams nickname of the early 2000s. The superstar lineup including Kurt Warner and Marshall Faulk has been replaced by the tandem stardom of Jared Goff and Todd Gurley. For most of the season, the Rams blew through the competition without skipping a beat, including a 54-51 win over the powerhouse Kansas City Chiefs. The playoffs have been a different story. After falling behind early to the New Orleans Saints, Goff leads his team to an astounding comeback and a Greg Zeurline 57-yard field goal in overtime to catapult them into the Big Game. Despite the cries of outrage over a missed call that may have changed the result of the game, the Rams are heading to Atlanta.

The lineup for the Patriots is wholly completely different from the 2002 team that won a Super Bowl over Warner and the Rams. The one constant? Tom Brady. Brady has quarterbacked the Patriots to the previous eight with a 5-3 record. He looks to take home another title for New England in what is one of, if not the most, storied careers in NFL history. The lineup around Brady changes year over year, but he has a team of skill players like Sony Michele, Rob Gronkowski, and Julian Edelman around him for another incredible post-season. Like the Rams-Saints championship game, Brady needed an extra possession in overtime to beat Patrick Mahomes and the breakout Kansas City Chiefs. The slugfest put the ball in Brady’s hands when it mattered most, and once again, he came through in the clutch.

How to watch Super Bowl 53

Yes, Super Bowl Sunday will have plenty of parties to attend and sports bars to cheer at. Sitting there with a few friends and having a beer while watching on TV is one way to do it.

But not for you.

The best way to watch is live and in-person and now is the right time to buy Super Bowl 53 tickets is right now. Historically, Super Bowl tickets see an enormous volume uptick once the matchup is set. Ticket holders for the losing championship teams sell. Ticket holders who think ticket value will plummet as the game arrives start to sell. Just as important, the NFL begins selling off tickets they didn’t sell as a part of high-end ticket packages. This could be thousands of new tickets on the market driving prices way down.

There is no best time to buy Super Bowl tickets, but you can be smart and look at the trends. Over the past five years, the lowest prices have been between 14 days out all the way to game day. Sometimes average ticket prices are lower during the two-week period, but rock bottom ticket prices are typically found close to the event. In 2018 and 2017, the lowest price for any ticket sold was on game day. The clock is running to find cheap tickets for Super Bowl 53, but this once-in-a-lifetime experience is a bargain at any price.

Where to Buy Super Bowl 53 Tickets

It’s time for the big moment, and you’re ready to find the right tickets. Head over to an online ticket marketplace like StubHub or SeatGeek to browse the available selection and buy the best tickets. Remember, there are no bad seats at a Super Bowl. From the 50-yard-line to the upper, upper-deck, the game is more than a game. It’s an experience. Imagine watching Brady lead the Patriots from a 21-point deficit to beat the Falcons in overtime live, or watching breathlessly as Santonio Holmes made one of the most amazing catches in Super Bowl history with:35 on the clock to lift the Steelers over the Cardinals.

The energy and the lore of the Super Bowl are unmatched. The other major sports use a 7-game series to decide the winner, but nothing beats the drama of a winner-take-all, 60-minutes of all-out football. You can watch history from a couch, or you can witness history in person as it is made. You know when to buy and how to buy, so now, pick your seats and buckle up for the experience.

Mercedez-Benz Stadium in downtown Atlanta is hosting this year’s Super Bowl. The newest stadium in the league, it opened in 2017 and seats 71,000+ screaming fans. Regardless of whether you drive in to see the game or use the city’s great public transit system, a true fan shows up early, unpacks, and tailgates all day. Check the StubHub and SeatGeek for available parking passes to accompany your tickets and reserve a spot. Another part of the Super Bowl experience is the pre-game energy. No other game in the year shares the spectacle. If your team is in the game, you’re in heaven. Even if your team didn’t make it this season, you could still witness one of the sports’ greatest yearly events.

The Super Bowl is a “can’t miss” event for any sports fan. If your team makes it, the logical answer is to find last-minute tickets for Super Bowl 53. There are bound to be some disappointed Chiefs and Saints fans looking to unload their tickets. While ticket prices are lower in the time between the championship games the Super Bowl, waiting until the last minute is a gamble. You run the risk of the “buyer’s market” which could lead to expensive tickets and a sellout. If you genuinely want to enjoy the game and the experience, there’s only one thing you need to remember. Buy your tickets to Super Bowl 53 today!