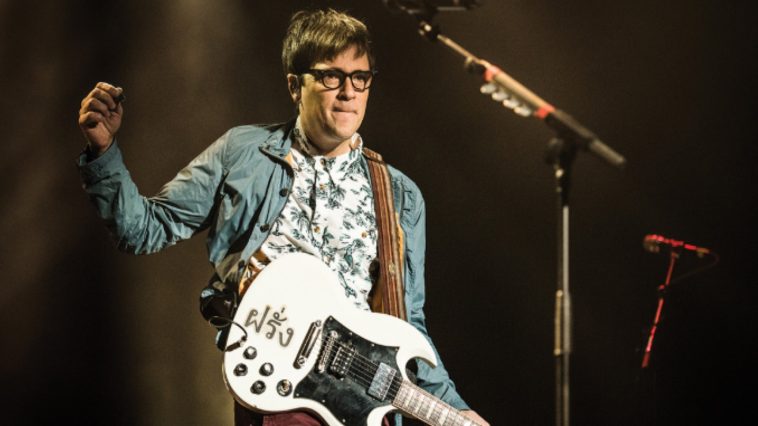 Weezer is offering its fans another chance to seem them in 2019. The North American tour which started in 2018, will kick back in with the Pixies this month. Stops include New York, Maryland, Ohio, Missouri, Idaho, California and many more. Plan ahead and get your tickets soon. You don’t want to miss out.

Regarding this tour collaboration, Black Francis of Pixies said the band has a lot of respect for Weezer, as “they’re not afraid to take risks with their music”.

A Grammy Salute To The Beach Boys Dolby Theatre - Los Angeles, CA
From $125

The tour is scheduled to feature tracks from Weezer’s latest album – “Pacific Daydream” – released last year and any songs from Pixies’ career, a career that provides lots of hits, either classic or more recent.

Weezer celebrated the release of “Pacific Daydream” by performing live the single “Happy Hour” on “The Late Show with Stephen Colbert”. Meanwhile, it seems there is still no clear release date for the long-awaited “Black Album”, planned as a follow-up album for the “White Album” (2016).

“Pacific Daydream”, which is Weezer’s eleventh album, sounds like a tribute to guitar pop from California. The album reveals to fans new sides of the band, like Spanish guitar, delicate touch and clavinet. The album is dominated by simple, in-harmony-tunes and by acoustic solos.

“Beach Boys” is a pop song perfectly executed from a technical point of view, has an intense chorus and a bold bassline. “Feels like summer” is also pop, keeping rock influences in its style, similar to what fans can hear in Maroon 5 and Ed Sheeran’s music. “QB Blitz” brings back to the foreground Weezer’s mastery of guitars, while we enjoy Rivers’ softly singing about finding love and growing old.

On “Sweet Mary”, Rivers remembers fans that he can sing also “loud”, hitting falsettos similar to the ones heard on the “Pinkerton” album. Yet, “Pacific Daydream” is created in a different note than Weezer’s previous albums. What the fans are left with after listening to this album, which miss the “usual” supercharged riffs, is at times the intense sensation this is a peaceful summertime audition.

Weezer was formed in 1993 by Rivers Cuomo with drummer Patrick Wilson and bassist Matt Sharp. In 1994, the band landed a contract with a record company, while playing in the clubs from Los Angeles. Guitarist Brian Bell joined the group just a few days before they started recording their debut album with producer Rick Ocasek.

The video for the track “Undone (The Sweater Song)” was directed by Spike Jonze and made the song one of the rock hits of 1994. Another track, called ”Buddy Holly” had also a video directed by Spike Jonze, a video in which the group members were “inserted” into footage from that period’s famous sitcom “Happy Days”. The song brought a platinum certification to Weezer’s debut album.

Since Cuomo was studying at Harvard, after finishing recording the first album, the band had to take a break, so Cuomo could return to his studies. Meanwhile, Sharp and Wilson formed “The Rentals”, which was a new wave band.

Cuomo wanted to have a more introspective material as a second album and not rely so much on modern, catchy videos. The band became Cuomo’s main medium for writing songs and the other group members seemed to be alright with this, as they had their own projects.

The band’s second album, called “Pinkerton” and released in 1996, had lower sales than the debut album but received more positive reviews. Cuomo’s decision to stop using “clever” videos made it difficult for “Pinkerton” to become a hit. The band lost the opportunity to make a successful single out of “The Good Life,” because by the time it was released, as both modern rock radio stations and MTV had given up at that time supporting the punk-pop style songs.

The band went on a tour to support their album, but the public’s reaction was not the anticipated one, while the critics had several less positive reviews. So Weezer decided it’s time to retreat and regroup, a period in which Sharp left the group to focus on “The Rentals”. Meanwhile, a new generation of public discovered “Pinkerton” album, which increased Weezer’s audience, even if they didn’t have a new album released at that time.

Mikey Welsh, the bassist from “Juliana Hatfield” replaced Sharp and in 2000 the band took part in “Warped Tour”, becoming the highlight of the event. With the help of the producer Ric Ocasek, Weezer launched “The Green Album”, a title suggested by the fans. The album established the band as one of the alternative top rock stars, debuting at fourth position in the charts of 2001 and with songs like “Island in the Sun” and “Hash Pipe” becoming two radio channels and MTV’s favorite songs. Welsh fell ill and was replaced by Scott Shriner. He died in October 2011 at 40 years old.

Most members of the band spent 2003 on side projects and returned to record in 2004 the album “Make Believe” which was released in May 2005 and won platinum certification in several countries. “Make Believe” was followed by 2008 “Red Album”, in which more members composed the songs and sang the tracks.

2009 was the year of “Ratitude” album, which received both positive and less good reviews. The next significant release was “Everything Will Be Alright In The End”, which was brought to fans in the fall of 2014. Produced by Ric Ocasek, the album reached #5 in “Billboard 200” shortly after release. April 2016 marked the band’s tenth album – “White Album”, which reached #4 in “Billboard 200” and was promoted through a live tour alongside “Panic! At the Disco”.

“Pacific Daydream”, the band’s most recent album, was announced by the single “Feels Like Summer,” while in 2018 Weezer offered its fans two covers of Toto’s tracks: “Africa” and “Rosanna”.