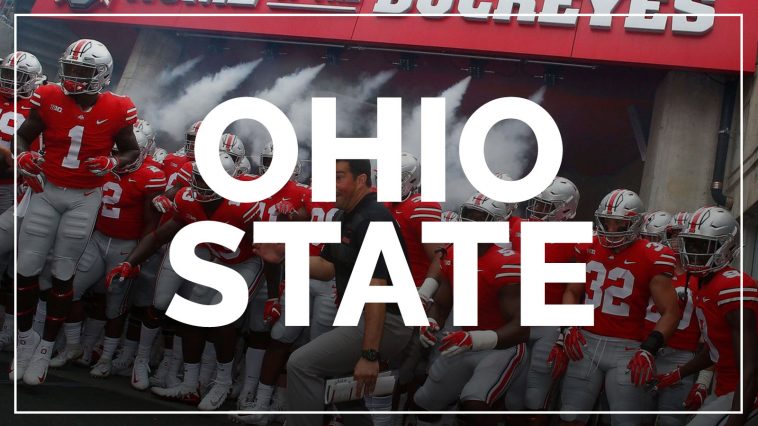 Going to an Ohio State football game is always exciting. They’re one of the most popular teams in all of NCAA football and for a good reason. They have a long history of success and have a strong team year after year. Currently, they are one of the top-ranked teams in the nation and there’s a good chance that many of their players will be in the NFL next year.

If you’re thinking about going to an Ohio State Buckeyes game this season, then you probably have a few questions about getting tickets to the game and other factors that will help you to enjoy the game a bit more.

Hopefully, all of these questions will be answered for you here!

The Ohio State Buckeyes have one of the most revered teams in all of the NCAA. They’ve won eight national championships since they were founded as an official team in 1890 and have had six perfect seasons during that timeframe. As a member of the Big Ten, Ohio State sees tough competition on a regular basis. Their continued success has made them a perennial fan favorite, both for Ohio State grads and those who have never been to the school.

Ohio State has a number of big rivals. One of the most formidable is probably with the University of Michigan. This rivalry dates back to 1897, where Michigan trounced Ohio State, 34-0. Since then, the teams have met more than 100 times. Michigan has a noticeable lead in the series, but Ohio State has shown great strength lately, winning several of their most recent meetings.

The Buckeyes also have a fierce rivalry with Penn State, who is a member of the Big Ten. This rivalry is a lot more recent, but still attracts large crowds whenever the two meet up. Other rivals include the Illinois Fighting Illini and the Indiana Hoosiers. Tickets to Ohio State games when they play these teams are always more popular than at other points in the season.

Going to a Game

If you’re catching a home game, get set to visit one of the most historic stadiums in all of college football. Ohio Stadium was built in 1922 and is one of the oldest, and biggest, stadiums in the U.S. Over 100,000 fans can watch a game here, and it’s not uncommon for the stadium to be at or near capacity. The stadium is so well-loved that it was added to the National Register of Historic Places by the National Park Service over forty years ago. Ohio Stadium is located in Columbus, Ohio.

The Horseshoe, as the stadium is sometimes called, is a prime place for pre and post-game parties, especially when the team is on a winning streak. Tailgating parties are especially popular at Ohio Stadium. The gates open up about four hours before kickoff, giving football fans plenty of time to enjoy themselves before the game starts. The Buckeyes have a long history of awesome tailgate parties, and because entry is allowed so early, these are parties you definitely will not want to miss out on. You are not allowed to cookout if you are in a parking garage, but the parking lots are free game.

The best and cheapest way to buy tickets for an Ohio State game is to be a current student or an alumnus. These individuals have access to tickets ahead of the general public, and they are often discounted, too. But not everybody is an OSU alum, and that can make tickets a bit more expensive and harder to find. If you can’t find tickets directly from the box office, then third party sites are the way to go.

You’ve probably heard of sites like StubHub, SeatGeek, and more, but maybe you’ve never used them. These sites are actually really simple to use and can give you access to far better tickets than you might have been able to find otherwise. Just type in a search for the game you want to see and select the event. You will be able to see all of the tickets available for that game, and many of the bigger sites have maps so that you can make sure that you are getting exactly the seats that you want. You can also value shop around and look at the other tickets that are up for sale to make sure that you’re not paying too much.

If you are serious about saving money, look for promo codes or discount coupons online. You can also use a few different ticket sites so that you are positive that you’re getting the best deal that you can find on the best seats available.

Things to Think About

Little things like the logistics behind going to a game can help you have a lot more fun while you’re sitting in the stadium cheering. Oftentimes, these aren’t things that you even think about until something goes wrong. Hopefully, this little section can help you get the most out of your next Buckeyes game.

Parking can be a tough venture at Ohio Stadium. The best option is to park somewhere else and take public transportation or walk to the game. If this isn’t a choice, then you will want to buy your parking pass well ahead of time. Although the main lot has a cost of just $10 per vehicle, these spots can fill quickly, and then you will need to find alternative parking. Prices can go up for the bigger games in these spots, and parking does sell out with regularity. Buying a parking pass beforehand is really easy—a lot of the same sites that sell tickets to games also sell parking passes. This is the safest way to guarantee a parking place without breaking the bank. If you have a current OSU parking permit, you can often park for free at the game, too!

Columbus is a major city, and although there are plenty of hotels and restaurants, the most popular destinations will be booked on the days of big games. If you need lodging, or there’s a specific place you want to eat at or go to, make your reservations ahead of time so that this won’t be an issue on game day.

If you are ready for some football then Ohio State is the place for you. Get your tickets while they are still available. The best seats to Ohio State games can be found on this site. Good luck!