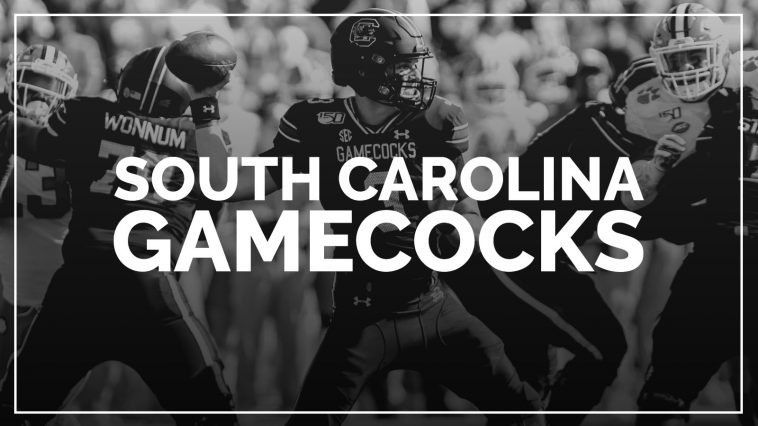 The USC Gamecocks are the football team associated with the University of South Carolina. Based out of Columbia, South Carolina, the school has about 34,000 students living on or near campus. That’s a lot of football fans ready to go to the next USC game.

If you’re a fan of the Gamecocks, or any other NCAA football team, then this is a stadium worth checking out. It’s one of the most exciting places to catch a game. As you’ve probably guessed, that means that tickets will go quickly, especially for big games.

If you’re thinking of hitting up a game, keep reading. We’ve put together all of the information you’ll need to get to a game and have a great time while you’re there.

USC played its first football game in 1892. They have had one of the most successful programs in all of the NCAA year after year, being a consistent presence during the Bowl season. They have won 1 Conference title, and 1 Division title in their current conference, the Southeastern Conference. The SEC is one of the toughest conferences on a yearly basis, and the fact that the Gamecocks are a threat each year says a lot about the quality of their teams. They’ve had 1 Heisman winner and a handful of All Americans over the years.

Sterling Sharpe and George Rogers are probably the two most notable USC players who have gone on to the NFL, but dozens of USC alum have played in the pros. The team has also had some legendary coaches over the years, like Lou Holtz, who came to USC after an amazing tenure with Notre Dame.

The Gamecocks have some pretty heated rivalries, which is common amongst the most successful of teams. Their biggest rivals are the Clemson Tigers. When these two teams meet up, it is almost always the biggest sporting event in all of South Carolina. Clemson has a big lead over USC at this point, but these games are always huge events, regardless of where they are played. USC also has a strong rivalry going with Georgia, North Carolina, and North Carolina State. Tickets for these games are always a bit tougher to get than they are for other games.

The Gamecocks play at Williams-Brice Stadium, located right in Columbia, South Carolina. Often referred to as the “Cock Pit” because of the team’s nickname, this is one of the most beautiful and exciting places to catch a game. The stadium’s capacity stands at about 80,000 for a normal game, but the record attendance is at up over 85,000 from a game against the University of Georgia back in 2012.

The stadium is located near the South Carolina State Fairgrounds and consistently brings in standing room only sized crowds. Originally built in 1934, it has been expanded and renovated a number of times since then. It is currently ranked as the 20th largest stadium in college football, and one of the largest of any sport in the United States. Capacity crowds are the norm at USC games, especially when the Gamecocks go up against one of their main rivals. This is always an exciting place to catch a game.

Parking spots are hot commodities at Williams-Brice Stadium. There are a few really good parking places close to the stadium, along with some that are further away. VIP parking is available at the fairground parking across the street from the stadium, but these spots fill up quickly and can be quite expensive.

There are a number of great parking spots if you’re looking for a tailgate party at Williams-Brice. The parking lots have nicknames like the “Touchdown Zone,” “The Red Zone,” “Cock’s Corner,” and “Carolina Park.” These are located right near or close to the stadium and are some of the hottest places for a tailgate party. If you’re bringing an RV or looking for some of the larger parties and don’t mind walking, the General Public Parking lot is located within walking distance of the stadium. There’s also a shuttle service, but this can be pretty crowded as it gets closer to game time. Tailgating at Williams-Brice Stadium is one of the elite events of the NCAA football season, so you will want to get to games early to enjoy yourself.

The number one way to get USC tickets is to be a student, faculty member, or alumnus. These people get discounts on tickets and early access at times. Most of us don’t fit into these categories, unfortunately, and that can make it a little bit tougher to get the tickets we want.

Don’t give up, though! I’ve found that the best way for us commoners to get tickets is through third party ticket sites, like StubHub, SeatGeek, or a handful of the others. As long as it’s a bigger site with a well-established reputation, buying tickets through these sites is completely safe.

Most of these sites even have mobile apps. If it’s getting close to game time and you don’t have a ticket yet, buying them on your phone through the app is really easy. You can even buy digital electronic tickets this way and download them right to your phone. When you get to the ticket gate, just show them the code on your phone, and you can get right in.

Don’t forget to do a quick search for promo codes or coupons before you purchase your tickets, either. Even if you only save a few bucks, it will be money saved that you can use to spend on having more fun while you’re at the game.

And don’t forget, the same ticket sites that sell tickets usually have parking passes for Gamecocks games. So, if you’re thinking about hitting up a few tailgate parties before kickoff, you will definitely want to reserve a parking place by purchasing a pass early on. Passes do go quickly, and parking can be close to impossible on game day, so buying one early is smart.