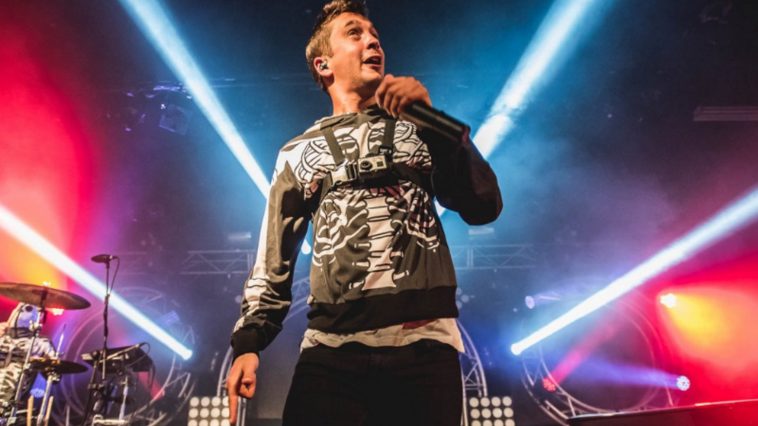 Twenty One Pilots have announced a new series of dates and venues for the “Bandito” tour. Following increased popular demand, the new leg will kick off 9th of October in Tampa, Florida, features stops in locations like Atlanta, Philadelphia, Minneapolis, Denver, and San Diego before wrapping up on 09th of November in Tulsa, Oklahoma.

Twenty One Pilots The Tabernacle Atlanta - Atlanta, GA
From $228
12

The band’s most recent album – “Trench” was released in October 2018 and was appraised by both critics and fans. It received golden certification in U.S.A and earned recognition as the first rock album with the highest number of streams in the first week since the release – 110 million audio on-demand streams worldwide. The album also debuted in Top 5 in charts from the U.S., Canada, U.K., Germany, Belgium, Italy, and held #1 on debut in Australia, The Netherlands and New Zealand. The first week after the release marked the biggest sales in the U.S. with 175,000 units sold and overall sales of 1,000,000 copies so far. There are still plenty of tickets left at many of the great retailers.

The album “Trench” reached also other major milestones in the music industry: the track “Jumpsuit” is the song with the fastest climbing to #1 on “Billboard’s Alternative Songs” chart in the past 10 years. It also brought the band their fourth nomination to “Grammy Awards” for “Best Rock Song”. Other tracks on this album have also caught the eye of critics and fans: “Levitate”, “Nico And The Niners” and “My Blood”. The latter benefits from a music video directed by Tim Mattia and can be found on the band’s YouTube official channel. Another track on the album – “Chlorine”, directed by Reel Bear Media is also available on the band’s Youtube channel.

In 2009, three high school friends got together and started up a band. Tyler Joseph, Nick Thomas, and Chris Salih formed “Twenty One Pilots”, a name inspired by a play about 21 pilots killed during the war because the main character was shipping broken airplane parts. At the end of the play, the main character kills himself and Tyler Joseph explained the morale of this story is that each man can make the right decision even if sometimes that is the hard decision. Shortly after its debut, the band began to know popularity in its home state Ohio and across the Midwest. What made this band catchy for the public was the continuous touring, the clever use of social media and the almost person-to-person interaction with its fans.

In December 2009 the band released its eponymous debut album. It was a mixture of high-tech pop with influences of rap. In 2011, Nick Thomas and Chris Salih left the band and the drummer Josh Dun was recruited by Tyler for the new lineup of the band as a duo. Together they released the band’ second album called “Regional At Best”. After being sold out for a show at “Columbus Music Hall” and releasing several music videos signed by their friend Mark Eshelman, the duo signed a contract with a major record company in 2012. The next year they released their third EP called “Vessel”, which reached #58 in “Billboard 200” and featured the platinum-certified singles “Car Radio”, “Holding on to You” and “House of Gold”.

For their next studio album, Tyler and Josh worked with several producers such as Tim Anderson, Mike Crossey, Ricky Reed and others. Traveling to studios from Los Angeles to London, the result was the smashing album “Blurryface” released in 2015. A mixture of several genres, from pop and hip hop to rock, reggae, and indie, the album reached #1 in “Billboard 200” and featured several golden hits: “Stressed Out” landed on #2 in “Billboard Hot 100”, whilst “Ride” climbed to Number 5.

The single “Heathens”, featured on the soundtrack of the movie “Suicide Squad” made the band the third rock group to ever have two songs battling for Number 1 on “Billboard Hot 100” (tie with “Stressed Out”).  “Heathens” was also nominated for three “Grammy Awards”.

“Blurryface” collected more than 3.5 billion streams on Spotify alone, received multi-platinum certification and became one of 2015 best-selling albums in the world. In 2019 it reached a new milestone being in “Billboard Top 200” Album chart for four years without ever leaving the chart.

The boys went after the success of “Blurryface” into a period of silence, dedicated to the study of the next themes to approach in the coming release. In 2018, they offered fans the singles “Jumpsuit” and “Nico and the Niners” as previews of their fifth studio album “Trench”.

As for their personal bios, both members of the band have interesting stories. Tyler Robert Joseph, born on the 1st of December 1988 began playing music after he found an old keyboard that his mother offered him as a gift years before. He recorded the album “No Phun Intended” in his basement and one of his dearest memories is the one of his mother giving away tickets to Twenty One Pilots performances at “Ohio State University”. In March 2015, Tyler married Jenna Elizabeth Black after almost a year of being engaged to her.

Joshua William Dun born on the 18th of June 1988 was a rebellious child having his parents almost kick him out of the house when he was 14. Always arguing and with permanent aggression in his behavior, Dun’s choices of music were often restricted by his parents. He taught himself to play the drums on an electronic drum kit. One of his fondest memories is the reply he received from his father at a question he addressed to him when he “was going nowhere”.

The question was “are you disappointed that I’m working a minimum-wage job, and I didn’t go to college?” and his father’s answer was “it’s not about how much money you make or what your job is, but it’s more about your character. For that, I’m proud of you.” That gave rebel Josh a lot of motivation. After meeting the Twenty One Pilots former drummer Chris Salih, he was introduced to Tyler and the band’s journey as a smash hit duo began. In 2018, Dun announced his engagement to actress Debby Ryan with whom he had a relationship with some pauses since 2013.