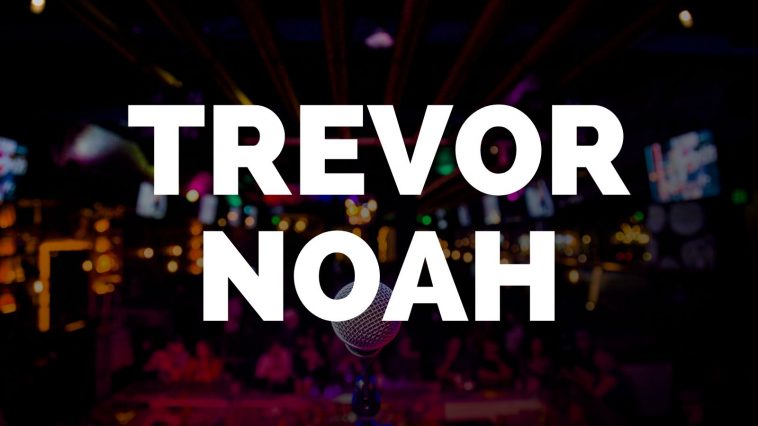 Born in 1984 and originally from Johannesburg, South Africa, Trevor Noah is one of the most popular Africans that have made a career for himself within the entertainment industry. He is an extremely funny comedian. His comedy is satirical and Noah loves to criticize and point out ironies in society. He is most famous as the host of The Daily Show but was already building a huge name for himself with his stand-up comedy. This is the best time to buy Trevor Noah tickets for a venue near you. Don’t miss out on some of the best comedy around in amazing seats.

Noah was born one year before interracial relationships were legal in South Africa under apartheid. His mother was jailed for her relationship with his father because she was classified as Black. Noah first starred in television at the age of 18. He starred in a sitcom called Isidingo. He also had a radio show at that time. However, he made a decision to pursue a comedy career and started focusing purely on stand-up comedy. By 2007, Noah was a relatively well-known comedian, especially in South Africa. He started hosting many award shows.

In 2011, Noah decided to relocate to the USA. He became the first South African comedian to perform at The Tonight Show in 2012. The following year, he became the first South African to perform on Late Show with David Letterman. In 2014, Noah started to become a recurring contributor to The Daily Show. It was announced in 2015 that Noah would succeed Jon Stewart as the host of The Daily Show. His debut as the host received positive reviews from The New York Times and The Los Angeles Times. This show boosted his popularity all around America and he started doing specials for Comedy Central and Netflix.

Live and Stand Up

As a South African, Noah initially toured mainly with people from his country. He has performed with comedians such as Kagiso Lediga, Riaad Moosa, Darren Simpson, Marc Lottering, Barry Hilton, and Nik Rabinowitz. He has also performed with international comedians such as Paul Rodriguez from Mexico, Carl Barron from Australia, and Paul Zerdin from Britain. After relocating to America, Noah mostly tours in the USA.

When it comes to getting tickets, the listings above will have you covered. Keep up with all tour date announcements. The website will always list all the available tickets out there. Noah loves to tour and you will be sure to find the best seats near you. Everyone deserves to have a great laugh.

We all like prices we can afford but stand-up comedians can sometimes feel a little expensive to go to. All is not lost though because many venues like to release their tickets at a cheaper price when the event draws nearer. This is a great opportunity to find discounts that you can afford and still see your favorite comedian! Just make sure you visit constantly because you do not want those tickets to be bought before you can reach them.

Noah is truly a once in a lifetime comedian. He has a witty banter to him and knows how to make fun of just about everyone and everything. He can point out ironies about current events with character and charm. His comedy is usually about his mixed-race identity, South African politics, and his observations of America. Comedians such as Michelle Wolf and Jordan Klepper have cited Noah as a strong influence.

Noah published a book called Born a Crime in 2016. It is autobiographical about when he grew up in South Africa. It became the #1 New York Times Bestseller and garnered a lot of critical acclaim. It was named one of the best books of the year by The New York Times, Newsday, Esquire, NPR, and Booklist.

This is an amazing time to buy Trevor Noah tickets. If you are one that like live comedy then this is a show for you. Don’t miss out on some of the best seats in the venue.