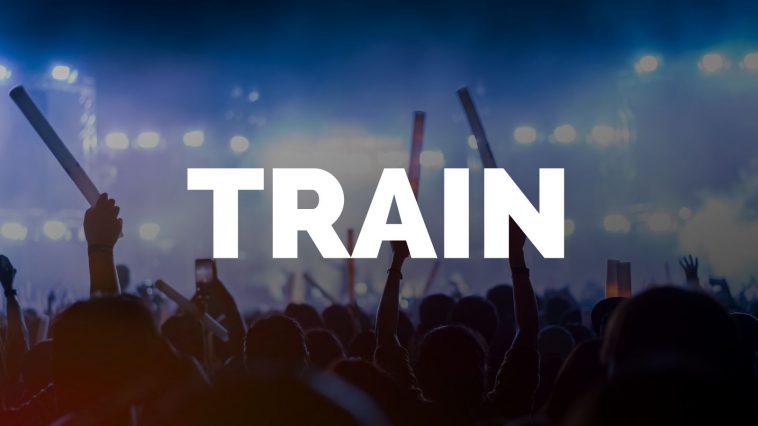 Hailing from San Francisco, California, Train is an American rock band made up of vocalist Patrick Monahan, guitarist Luis Maldonado, bassist Hector Maldonado, drummer Drew Shoals, keyboardist Jerry Becker, and backup vocalists Sakai Smith and Nikita Houston. Monahan began his music career playing for a Led Zeppelin cover band Rogues Gallery. After moving to California, the band was formed and independently released their first and self-titled album. The album was released with the popular song “Meet Virginia,” and it thrust them into the alternative rock mainstream. By 1997, they were touring all over North America opening for bands like Barenaked Ladies, Hootie & the Blowfish, and Counting Crows.

Train The Theater at Virgin Hotels - Las Vegas, NV
From $100

Their second album, Drops of Jupiter, featured the album’s namesake single which was an enormous hit. It reached the Hot 100, won a Grammy Award for Best Rock Song, and won a Grammy Award for Best Arrangement. Their second album earned Train global success. From 2006 to 2008, the group took a hiatus from recording and touring. Pat Monahan used this time to release a solo album, Last of Seven. In 2009, Train came roaring back into the mainstream music scene with their fifth album, Save Me, San Francisco which featured the incredibly popular song “Hey, Soul Sister.” Train is one of the most broadly loved contemporary rock bands of the 2000s. They sell out shows regularly to music-loving audiences all over the world.

Train was catapulted into the limelight by performing with many of the world’s favorite late ‘90s, and early ‘00s, alternative rock bands. In 2001, the band released their first live DVD during their Drops of Jupiter tour which featured a sold-out show in San Francisco at The Warfield. Their first live album, Alive at Last, was released in 2004 and won a Radio Music Award. In 2013, Train toured North America headlining twenty-five shows titled the Mermaids of Alcatraz Tour. They performed alongside Gavin DeGraw, The Script, Michael Franti & Spearhead. Country artist Ashley Monroe also joined the tour to perform her duet, “Bruises.” In 2018, the band toured with Daryl Hall and John Oates. Train has become a mainstay to see live concerts for a diverse range of music fans due to their diverse range of musical influences.

Train concerts are regularly sold out to raving audiences all over the country. They have been able to maintain their place as one of the best bands in modern mainstream music, traversing the last couple of decades seamlessly. Train plays at the most popular venues in major cities, so there is no shortage of opportunities to see them perform. With over twenty years of prominent hits, they remain a generational standout on the stage.

Train has deeply woven its way into the hearts of contemporary music fans. They regularly release hit singles that successfully span the last twenty years. This is evidenced by the soundtrack of their 2018 album Greatest Hits. The appropriately titled album features “Meet Virginia,” “Drops of Jupiter,” “Calling All Angels,” “Get to Me,” “Hey, Soul Sister,” “Marry Me,” “Bruises,” and “Angel in Blue Jeans.”

In 2016, Train strayed away from its norm to release a cover album, Train Does Led Zeppelin II. The album was a song-for-song replication of the beloved 1969 original album. All of the proceeds went to support Family House. They also toured the album briefly in clubs in major American cities.

They have also been featured in a number of movie and television appearances. In 2004, their song “Ordinary” was in the movie Spider-Man 2. It was also featured on the show Heroes and in an advertising campaign for Cingular. “Hey, Soul Sister” was used as the commercial soundtrack to launch Samsung’s 3D television during the Oscars.

Experience Train by getting tickets in the listings above. Witness for yourself the lasting success of the alternative band that has successfully forever merged itself with popular American culture. Their shows are highly sought after year after year. With shows regularly sold out, don’t wait to find your Train tickets. They play live shows all over North America in the best venues in all major cities. Immerse yourself among some of the most sing-along-able songs known to modern music. This is the best time to buy Train tickets so don’t miss out on some the best seats that are still available for you to choose from.