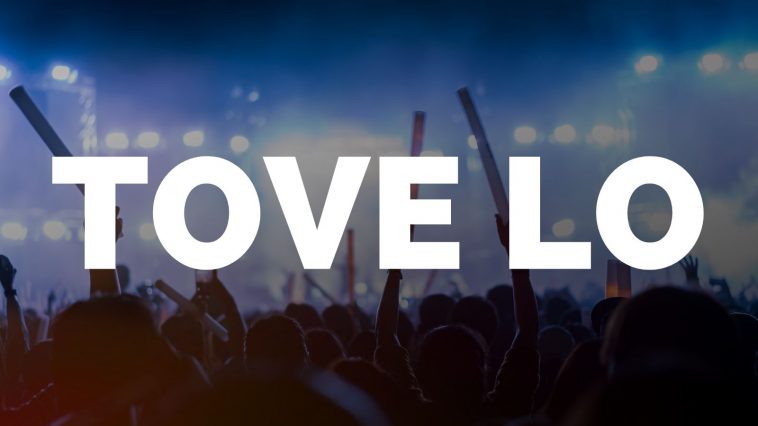 When it comes to pop stars coming out of Sweden the first name you may think of is Tove Lo. Her formal name is Ebba Tove Elsa Nilsson. She’s been active in the music world since 2006 and continues to make hits on the charts and live in front of her fans. Today, you will learn several things above Tove Lo. We will discuss where to sit at a Tove Lo concert as well as when you should buy tickets. We will also go over some of the histories of how we got to where we are today. Before we break this down in great detail you should check out the listings right below. These will be the upcoming shows she will be performing. It could be for her tour or even if she is performing at a festival. Either way, you should be able to find tickets. Use the load more button if you don’t see a show near you.

Tove Lo with Slayyyter The National - Richmond, VA
From $167

Best Place to Sit at a Tove Lo Concert

Although she will most likely tour all over Europe, you will most likely find her state’s side as well. Most of the shows in the United States won’t be that big. We will do our best to cover where you should sit based on the venue. More than likely you will be facing general admission as your best option. However, should you have some front-row sections be sure to jump on those?

We will go over a couple of places she is playing and give you our opinion of the best seats for a Tove Lo show. A lot of this will come down to price when dealing with the secondary market.

Your best bet currently is the general admission floor at $42.50. The mezzanine and balcony have seats available, but further in the back of the Mezzanine. The nice thing is the balcony does have plenty of second-row seating. Everywhere else is pretty much sold out or only has leftover single seats. These seconds row center balcony seats at $42.50 is a steal.

If we look at The Wiltern in Los Angeles you will notice all GA tickets are sold. There are balcony standard seats available, but only in the last 5 rows. The price may be right at $35, but you will definitely feel the back seats in this case.

When looking at a venue like the Ogden Theatre in Denver, CO, you know you will be facing a general admission scenario. If you missed the first go-around during the presale, you will most likely pay double on the secondary. Keep an eye out on tickets and see if the supply drops fast. If not, wait and be patient. You will see prices drop significantly as people will try to see their tickets so they don’t get left holding them. You can learn all about ticket buying on this site.

It will come down to personal preference when getting a seat. You don’t want to miss your chance, but if you look at the secondary market you’ll be able to find tickets. You’ll be paying 50-100% more than the original cost, but in most cases, the seats will be there.

A Deeper Look at Tove Lo

Let’s take a look at Tove Lo as a person and as a performer. Coming all the way from Sweden, Tove Lo was heavily influenced by some grunge music to help her come up with her style. She was part of a band in 2006 which eventually dissolved. This led her to many solo studio albums under a couple of different labels.

She has worked with several big-name performers over the years. She collaborated with Lorde to create the song Household Dynamite. She then went on to play with Ellie Goulding to make the song Love Me Like You Do. Other artists she worked with include Nick Jonas, Broods, Ava Max, Coldplay, and many others.

Creating over 5 studio albums over her career, she managed to make moves on the charts and was even nominated for awards. She won several of them in Sweden. You can look at her award sheet and see how many nominations she has received.

As for her tours, you can say she performed with some of the biggest names in a headline or supporting role. She was the opening act for stars such as Dua Lipa, Coldplay, Maroon 5, and Katy Perry back in 2014 when Katy was on her Prismatic World Tour.

Some Statistics Worth Noting

We have several social and musical measures that tell us how big a performer is at the present time. These numbers change by the day so keep that in mind if you are reading this several years later.

As of right now, Tove Lo has almost 16 million listeners on Spotify. This is up there with some of the highest numbers. To put it into perspective, Lorde has just over 16 million listeners each month. These two are very close. Habits (Stay High) has around 650 million listens. We expect these numbers to jump once she starts hitting the US shows.

Her YouTube channel is quite large as well. She has just over 3.5 million subscribers. Once again, this will mostly pop as the tour progresses. She is a name with a lot of followers. When talking about Instagram, you will find almost 2.3 million followers currently. As for TikTok, half a million followers is another decent number of people.

Although there is most likely some crossover of people following and subscribing, this is still a lot of people. Where her numbers go from here is projected to rise heavily.

Time to Head Out to a Tove Lo Show

We’ve given you enough information when it comes to buying tickets for a Tove Lo concert. There are some dates in the future to keep an eye out for. Check the listings above to see all of the tour dates available. You’ll have to make the decision on picking the right seat in the venue. Due to her demand, general admission or pit areas could be the way to go, but the best seats will be out there when you look close enough. If you have any questions about buying tickets for the best seats please let us know how we can help.