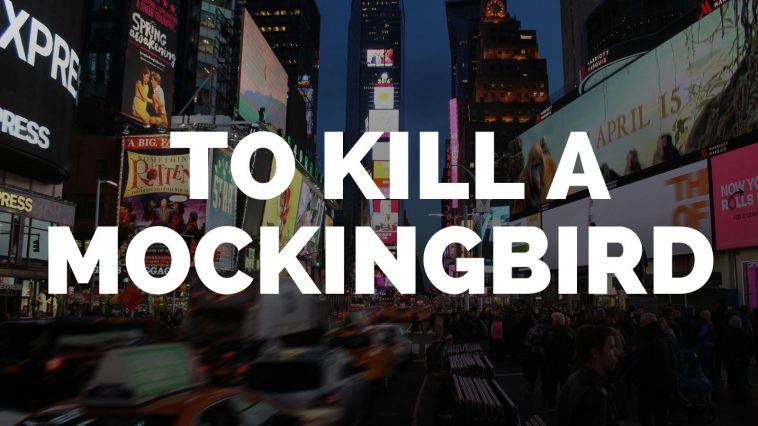 The Broadway play, To Kill a Mockingbird, based on the 1960 book of the same name by Harper Lee is the most recent and widely praised theatrical production of this classic story.

Debuting in December 2018, it was written by Aaron Sorkin, produced by Scott Rudin, and directed by Bartlett Sher. Jeff Daniels steals the show as Atticus Finch, and other standout performances include Celia Keenan-Bolger as Scout and LaTanya Richardson Jackson as Calpurnia, the family’s housekeeper. This is the best time to buy To Kill a Mockingbird tickets. You are going to want to see this show up close with the best seats.

To Kill a Mockingbird - Modesto Gallo Center For The Arts - Foster Family Theatre - Modesto, CA
From $128

The story remains very little changed from the book and follows the narrative of Atticus Finch a noble lawyer and believer in the goodness of all people, living in the small town of Maycomb, Alabama during the Depression. Against the violent opinions of the rest of his town so strongly divided by race, Atticus takes on the defense of an innocent young black man accused of the rape of a white woman. The protagonist of the story is Atticus’ young daughter, Scout, who interprets the events of the story through the lens of a child yet is unsure about people’s motivations for kindness and cruelty. With the support of wise Atticus, she learns about the hard ways of people, but also that there is no excuse to not keep trying.

To Kill a Mockingbird thrumming with praise from every corner of the art scene. Rolling Stone hailed the small deviations the play makes from the books. These allowed several of the characters to express more emotion than in the book. Critic Peter Travers opined, “Jeff Daniels embodies a more human Atticus Finch. [This adaptation] lets black characters finally speak for themselves.”

Newsday lauded it: “‘To Kill a Mockingbird’ is of a high standard: beautifully designed and lit, well acted, and with just the right balance of pathos, humor and outrage,” while the Hollywood Reporter claimed that is “A transfixing act of theatrical storytelling that makes us hang on every word as if experiencing the story for the first time.”

How to Buy Tickets to To Kill a Mockingbird

Experience the live theater adaption of one of America’s most influential stories, To Kill a Mockingbird, by purchasing cheap tickets. Check back often to get the best deals and exclusive offers so you won’t miss out on the performance when it comes to town! Make sure you get the one-of-a-kind experience of seeing To Kill a Mockingbird live.

This production was singled out by several critics for its simple, though effective stage settings and insightful lighting choices. Despite the existence of the well-aging 1962 movie version of To Kill a Mockingbird starring Gregory Peck, this story is timeless, and a well-done rendition of it is a welcome addition to the art collection of each new generation.

According to a Library of Congress survey of the most influential books, the Bible was first, and To Kill a Mockingbird was second in its effect on people’s lives. The messages presented in the story of fighting for what’s right even when there is no personal benefit, respecting all human beings, dismantling racism with empathy, and doing it all with pride and dignity have been formative in the lives of a huge number of readers around the world.

Sorkin took one of America’s most beloved stories and not only did it justice and brought it to life but also made the smallest of changes by giving more depth to some of the characters to create a more complex and even more realistic experience.

The To Kill a Mockingbird Experience

One of the most influential and moving stories of the past century come to life on the stage, don’t miss out on this performance that allows everyone recognizes the inherent dignity and goodness we all share as humans. This is the best time to buy To Kill a Mockingbird tickets. Get ahead of the crowd and grab some of the best seats in the theater. You don’t want to miss out.