Coachella is considered one of the premier music festivals in the United States. It’s become so popular so quickly, and many people now plan their entire year around the festival because of the huge names that the festival attracts as far as talent goes. If you’re thinking about going to Coachella, tickets will definitely be hard to find. But don’t worry, we’re here not just to help you find tickets, but to plan your time so that you can get the most out of this festival.

Coachella first kicked off in 1999, but its roots can be traced back to as far as 1993 when Pearl Jam was boycotting certain venues. They played a show at the Empire Polo Grounds in Indio, California, which is where the Coachella festival now occurs. In ’99, the festival was just a two-day event, and there was no Coachella held in 2000. In 2001, it was a one-day event, and in 2007, it became a three-day festival. By 2012, the festival was popular enough that they added a second weekend, which is how it stands today. The festival is held over the course of two consecutive weekends, usually in April, for a total of six days.

Getting Tickets to Coachella 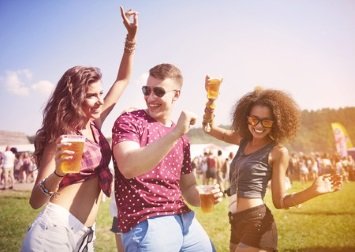 Ticket sales for Coachella hover right around 200,000 over the course of the two weekends, making it one of the largest concerts or festivals in the U.S. As you might have guessed, tickets to Coachella can be really tough to find. We suggest buying them as soon as they go on sale so that you can guarantee yourself a place inside the action. Tickets of all sorts can be bought on the Coachella website. These include general admissions passes, Safari tent passes, which come with VIP access and luxurious on-site accommodations in stylish tents, parking, and transportation passes, and more.

If you can’t find passes on the Coachella site, Tickets might be a little more expensive on these sites than through the original vendor, but that really depends on your timing.

Whatever you do, don’t wait until the last minute to buy tickets. Yes, there will probably be a few tickets available, but they will be extremely expensive. Tickets for events like Coachella will skyrocket in price as the date of the event gets closer and closer. If you want to save money, you should purchase your tickets a month in advance or so after they are originally sellout.

Camping is allowed on the site, but you will need to have a pass for this. Purchase your pass early to make sure that you have everything taken care of before the last minute. Also, this is an outdoor festival, so be sure that you have the right gear to have fun no matter what the elements throw at you.

Finally, be sure to get your parking and transportation passes purchased early. You can save a few bucks by purchasing them through Coachella or a third-party vendor. If you pay for these things at the event, you will spend a lot of money needlessly. Also, don’t forget about the extras! Bring some pocket money so you can experience the entertainment and food trucks that flock to this festival.

Coachella is a lot of fun, as anyone who has ever gone will testify to. The huge success of this music festival has inspired other festivals, such as Desert Trip and Stagecoach. These are both held at the Empire Polo Grounds, like Coachella, and even though they don’t have the same level of popularity as Coachella, they are amazing experiences. If you can find tickets to these shows, they are well worth your time and money.