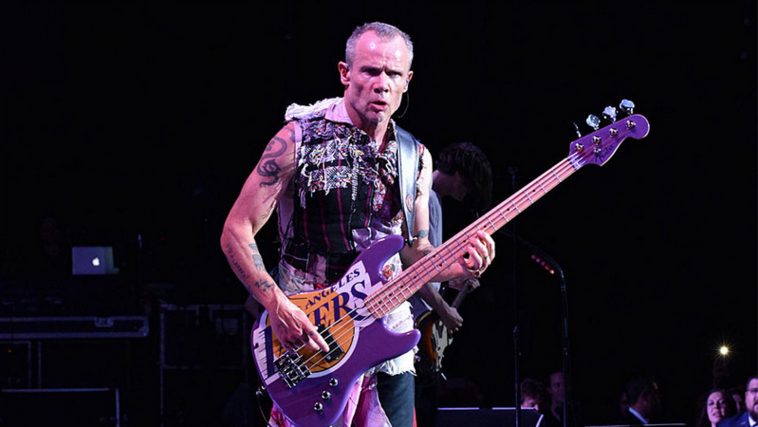 The Red Hot Chili Peppers have won 6 Grammy awards in the course of their 36-year-long career. They are still counting, and they are still creating stylistic music that remains in high demand from fans. Their genre is described as having funk and rock qualities, but they are most known for producing solid rock albums. They received an invitation to be inducted into the rock and roll hall of fame in 2012, and have sold over 60 million albums. After going platinum on a couple of different album releases, the band has continued to maintain its funky style. Concert tickets go fast, so be sure to get yours early. Think about making the purchase early since the best seats to the Red Hot Chili Peppers will go fast. The listings below will show you some of the venues they will be playing.

The band’s unique sound stems from the following talented musicians:

The band has a listening rate of 26,428,283 plays per month on Spotify®, and is currently ranked as the 116th most-played band in the world. Some notable hit singles by The Red Hot Chili Peppers include:

The Red Hot Chili Peppers is a band that was built on honest friendship. Extremely shy Michael Balzary and outgoing Anthony Kiedis were two high school students in LA, who routinely smoked joints together and shared words that hold true to this day. Since their rapid induction into fame, the band has naturally descended into the wild, drug cultures of rock and roll, but with that came fame, success, and the creation of award-winning music.

The band refers to one another in kind terms and has shared humorous stories with Rolling Stone Magazine about their different personalities. They are open about personal experiences, like showing up in court on drugs and vomiting everywhere, or meditating and playing guitar as a pre-concert warm-up. This band is widely known to have mad funk, and be down-to-earth and energetic on-stage.

The Red Hot Chili Peppers made a fantastic showing in Atlanta, GA at the State Farm Arena on April 14, 2017. Their music is reported to sound different live, but only because the musicians make each showing off their music improvisationally fresh.

The light show at this concert, in particular, was highly interactive with the music, featuring lasers and reflective ceiling props that lowered and raised in beat to the music. The crowd cheered loudly and sang along to nearly all of the songs. With some song changes, there was a dramatic fade-to-black before hitting the audience with a new palette of colors and digital visuals. The band naturally provided friendly and humorous commentary between band members, and also spoke with the crowd.

The Red Hot Chili Peppers are a band that brings quality and energy to the stage. They have gone platinum in various album releases, and continue to maintain their musical fitness. The band has been playing for a grand 36 years and has no current intentions of stopping tour life.

How to Buy Tickets to The Red Hot Chili Peppers

Browse the listings above to see the latest ticket offers to see The Red Hot Chili Peppers live today. You’ll be surprised by the seats that are still available. It will be up to you on making a move on those seats.

Here is your chance to get the best seats at the next Red Hot Chili Peppers concert near you. If you spend the extra money you are more than likely going to get rewarded. The best tickets are still out there so what are you waiting for.