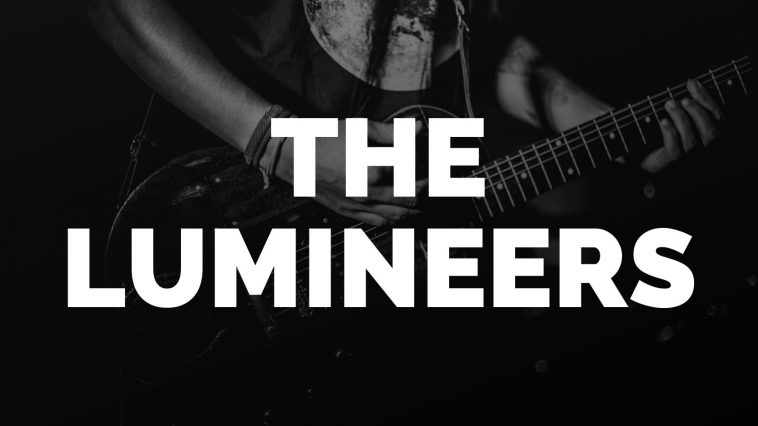 The Lumineers are an indie-folk band that quickly found success in the world of music production. Their sound is fresh out of Denver, Colorado, though they published their debut album through a record label in Tennessee in 2012. Even though they are a relatively new band, they have found multi-platinum success with a single album release. Songs like “Ho Hey” and “Stubborn Love” swept the nation in an instant after being released through Dualtone. After riding out the success of their platinum debut in 2012, they went on to release a second platinum album, Cleopatra, in 2016. The band’s next steps are still in progress, as they are still relatively new to the performance world in the grand scheme. They have appeared on Saturday Night Live as the TV show’s musical guests and were even invited to the Obama White House, twice.

There were no events found for The Lumineers.

The band’s chosen indie instrumentation includes the sounds of guitars, banjos, cello, percussion, and vocals. The members have fluctuated between the years of showmanship but carry on the sound with quality and consistency.

If you enjoy the classic, instrumental-heavy sound of The Lumineers’ indie-folk music, be sure to check out the following musicians for a proper indie-folk fix: The Head and The Heart, Blind Pilot, Of Monsters and Men, Edward Sharpe & the Magnetic Zeros, The Avett Brothers, and Vance Joy.

What is Special about The Lumineers?

The Lumineers are able to perform in large venues, and at the same time, provide their audience with a very personably-charged performance. Oftentimes, the band will interact with audience members, and connect with them through their powerfully poetic lyrics. With themes of romance, late nights, wondering, and sing-song nothings, the band covers a large ground of common topics in folk to pack a proper punch with their dense poetry. The band often shares information on stories and explanations of song lyrics as a brief introduction before playing. See The Lumineers live today to experience top-quality indie-folk performance with exemplary live instrumentation.

Notable Performances by The Lumineers

The Lantern reports that The Lumineers gave a personable performance in Columbus, Ohio at The Schottenstein Center. Set design for The Lumineers tends to be inspired by precisely decorous minimalism. The vibe of their performance venues is genuinely relaxed with a great deal of swaying and synchronous singing from the audience. Folk bands like The Lumineers are not only musicians but storytellers, so they are sure to guide you through the performance from start to finish with plenty of anecdotal commentaries.

Performances by The Lumineers are often described as authentic, and unflashy. The talent on stage is evident but presented as raw as possible. The musicians don’t wear costumes. Instead, they talk about personal stories and lyrical inspiration to remain a standout in genuine performance. Despite their extremely famous reputation, The Lumineers continue to impress crowds with their simple presentation, lyrics, and poetic explanations for their multiplatinum hits. Folk, Indie-Rock, Indie-Folk, and even lovers of soul would enjoy The Lumineers for their relaxed feel, and simple presentation of top-level talent.

How to Buy Tickets to The Lumineers

The Lumineers are a fantastic indie-folk band, and if they are in your area, be sure to check the listings above for the best deals on concert tickets for your area. We look forward to helping with you in the future and hope to find the best seats for your favorite bands at an affordable price.