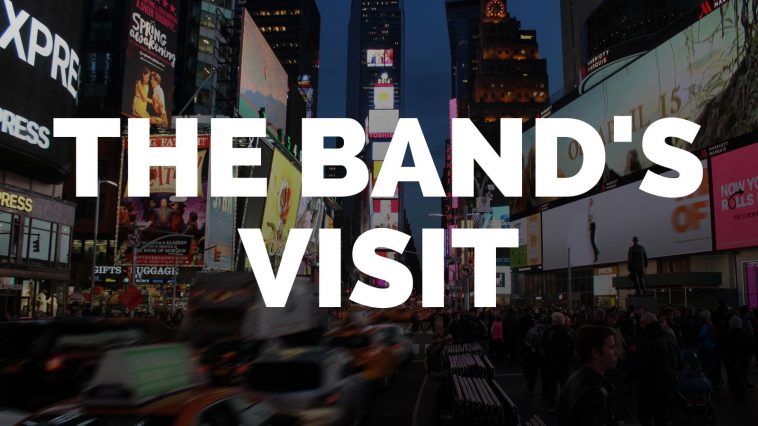 The Band’s Visit is one of the most highly-regarded new musicals of recent years. Full of incredible music and dancing by David Yazbek and Patrick McCullom, this is a tale of human connection with excellently developed characters. Vogue describes it, saying “Worlds collide, and hearts and minds open.” This is your chance to get The Band’s Visit tickets. You should try and get the best seats in the venue.

There were no events found for .

It’s the story of a band of Egyptian musicians who, due to linguistic confusion, accidentally end up in a small Israeli desert town where nothing ever happens instead of where they are meant to perform the next day. The mix-up and the hospitality that the residents of Bet Hatikva show them overnight leads to a variety of relationships and revelations that leave everyone involved changed. A lonely woman, a man haunted by loss, a budding romance that needs a push in the right direction, a boy who waited by the telephone for nine months for a call from his girlfriend, and a couple who can’t fulfill each other’s hopes for life are some of the people whose beautiful and earnest relationships are centered on in the musical. It’s one special night where people do regular things but new acquaintances open new doors.

With a slower, more thoughtful pace, this isn’t a high-flying, extravaganza-type musical. Rather, it is one meant to savor and be moved by.

Experience the magic of experiencing the unexpected by purchasing cheap tickets to The Band’s Visit. Check back often to get the best deals and exclusive offers so you won’t miss out on the performance when it comes to town! Make sure you get the one-of-a-kind experience of seeing The Band’s Visit live.

The original performance of the show was Off-Broadway in 2016 as a result of support from the National Endowment for the Arts, the Laurents/Hatcher Foundation, and the National Alliance for Musical Theatre’s National Fund for New Musicals. Within a year, in 2017, it opened on Broadway to exceptionally enthusiastic reviews.

The Twin Cities Art Reader stated that it was “one of the best new musicals of the year, gifted with a beautiful score and touching performances.” The New York Times likewise raved that it was “one of the most ravishing musicals you will ever be seduced by,” and also “a Broadway rarity seldom found these days outside of the canon of Stephen Sondheim: an honest-to-God musical for grown-ups.”

In the 2018 Tony Awards, it was nominated for an impressive 11 and won 10 awards. Out of those, they accomplished the unofficial “Big Six” of Tony Awards. In 2019, the album recording won the Grammy for Best Musical Theater Album.

The Band’s Visit performances take place in the historic Ethel Barrymore Theatre in New York’s Theater District. Enjoy the ornate, beautiful decorations, but plan for the small seats of older theaters. For the most legroom, reserve Rows A and N in the Orchestra section or an aisle seat.

Join the residents of Bet Hatikva and members of the Alexandria Ceremonial Police Orchestra who sing and dance their way through life’s joys and challenges in The Band’s Visit on Broadway. Watch these individual souls come alongside each other during one, a special night to unite and help each other achieve happiness. Get out there with some of the best tickets available. You don’t want to miss this show.