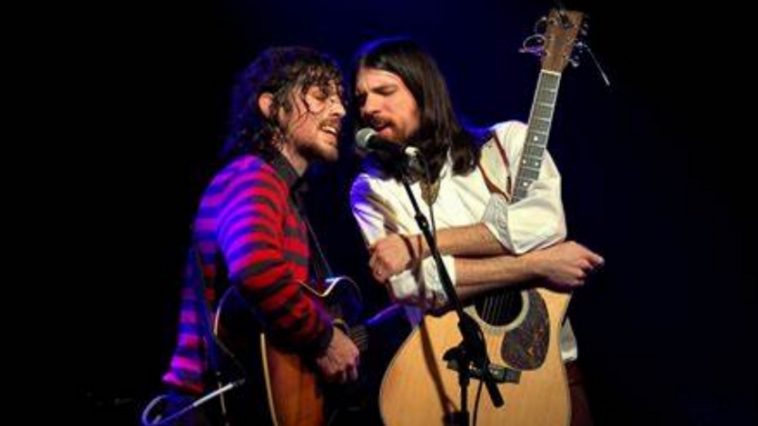 The Avett Brothers have started a live tour in the last months, in a show that has already sold out for more than 8 locations. The tour that will delight the audience from Pittsburgh, Boise, Charlotte or Columbia, has stops also in several festivals such as “Interlochen Arts Festival”, “InCuya Festival” or “Moon River Festival”.

A difficult situation occurred during the band’s presence at Edgefield Troutdale from Oregon on 07th of July: a man passing through the metal detector installed for the venue was found carrying a gun. The man told the security guards he was a police officer from another state and presented a badge, but he refused to wait until the guards could consult with their manager and entered the premises. Because the security guards were not able to locate the man, the band decided to cancel the show. Fortunately, the band already announced this live performance has been rescheduled for the 21st of September, with the tickets released for the 07th of July being valid for the rescheduled performance.

Avett Brothers live tour features songs from like “Shame”, “Morning Song”, “You Are Mine”, “November Blue” and other tracks the band decides to include in its repertoire, depending on several criteria, including the location where it performs.

Tickets for Avett Brothers live tours are available for sale and you can get yours from many of the great ticket sites out there.

The most recent album of Avett Brothers is “True sadness” released on the 24th of June 2016. The producer Rick Rubin, which helped the band in the last three albums to shape its sound for a successful reception by the audience, is entering Avett Brothers, with the album “True sadness”`,  also in the grand arena of pop music. As a proof, the singles “You Are Mine” and “May It Last” is filled with strings sound (since the band has a fiddler, a cellist, and a violist) which by no means diminishes the psychedelic influence.

The first track of the album – “Ain’t No Man”, fails intentionally to deliver the sadness from the album’s title, by offering fans a strong sound instead. “No Hard Feelings” is a musical meditation on life and death, highlighting spiritual accomplishments, as well as material possessions of man.

“Fisher Road to Hollywood” can be seen as a musical autobiography, telling the story of how the band members became popular musicians. This story includes the band’s moments, the shaping of member’s personalities in order to work as a successful group and even insights from what happens behind the scene. This story is musically transposed with a mastery that justifieS the title of the album.

“True sadness” ends with a ballad in which the band counts on the support of an orchestra, which brings to the track “May it Last” the sadness feeling promised by the album’s title.

Get your tickets for Avett Brothers live tour from Seatgeek.

Scott and Seth Avett brothers were raised on a small farm from North Carolina, learning to play guitar, banjo, and piano from an early age. Their love for music encouraged them to record music on cassette types while they were very young. The two brothers formed a band called “Nemo”, which performed on streets or on friendly gatherings. After “Nemo” disbanded in 2001, they were joined by bassist and vocalist Bob Crawford. The trio released in 2002 “Country Was” – its first country album. The tour held that summer enabled the musicians to gather new material for a new project. Thus, 2003 marked the release of “A Carolina Jubilee” album, which increased the popularity of the band.

The next years meant a busy schedule for all the members of the band, who dealt also with side projects. The band released the album “Mignonette” in 2004, a live album in 2005, a new full-length album called “Four Thieves Gone: The Robinsville Sessions” and the EP “The Gleam”, both in 2006.

Bob Crawford recorded with the “New Jersey Transient”, while Seth and Scott played from time to time with the electric band “Oh What a Nightmare”. In 2007, cellist Joe Kwon joined the band and Avett Brothers released the album “Emotionalism”, which reached the Billboard charts.

“I And Love And You”, released in 2009, reached No. 16 on the “Billboard 200” and was followed by an international tour whose material was used for the “Live, Vol. 3” concert album in 2010. A year later, Avett Brothers performed live alongside Bob Dylan and Mumford & Sons at the “Grammy Awards” ceremony. In 2012, the band released the album “The Carpenter”, received with positive reviews and a great debut as #4 in “Billboard 200”.

2015 was also a good year for the band, which appeared on the final season of “Late Show with David Letterman” and released “Live, Vol. 4” album. In 2016 the fans greeted the album “True Sadness”, whose tracks can be heard also during this year band’s live tour.

Avett Brothers are very active also in the virtual environment: the clip “Murder in the City” gathered more than 3.5 million views on      “YouTube”, the fans can reach the musicians via their Instagram account (@theavettbrothers) and the news about the band are often posted on Twitter. The band appeared also in other popular TV shows such as “The Tonight Show Starring Jimmy Fallon” and “The Today Show”.

If you want to enjoy a complete musical experience, with an “army” of instruments ranging from drums to banjo, you can see The Avett Brothers perform live.