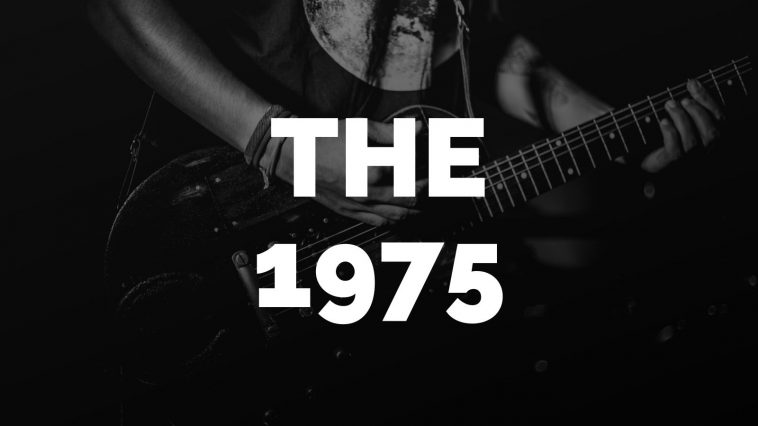 Originally from Cheshire, England, this English pop band The 1975 was formed by four adorable men who just want to make good music and share that love with their fans. Their names are Matthew Healy, Adam Hann, Ross MacDonald, and George Daniel. The group was formed in 2002 and is now based in Manchester. They combine great pop-rock songs with themes of adolescent youth.

The bandmates met each other at Wilmslow High School in 2002. As teenagers, they started playing covers and wrote some of their first songs together. They played under many different names throughout their years. They finally formally signed with a major label in 2012 and released different singles and EPs that year. This was the same year the group made its debut on national radio on BBC Radio 1. Their songs were played by both DJs Huw Stephens and Zane Lowe.

1975 released their debut album in 2013. The album was loved by music magazines such as Gigwise and Clash Magazine. The album also did very well commercially. It topped the UK Album Charts and sold about 500,000 records by 2018. Their second album was released in 2015 and did even better. It debuted at number one on both the UK Album Charts and the US Billboard 200. It was also shortlisted for the Mercury Music Prize. Many different critics have talked about this band and they have drawn comparisons to The Thompson Twins and China Crisis.

Even before The 1975 release of their first album, they were already selling out concerts. In 2013, the band supported Muse on the second leg of one of their world tours. They also supported the Rolling Stones when they performed in Hyde Park. They appeared at the 2013 Reading and Leeds Festivals. More recently, the band headlined Radio 1’s Big Weekend in Middlesbrough in May 2019.

If you need to find tickets to see The 1975, check the listings above. When all the tickets listed are still out of your price range, do not fret because there are still options. You can always wait for a little and come back later. Most music venues like to wait for the big day to approach before they release cheaper tickets. All you have to do is make sure you see the discounts listed here before anyone else because you know other people are probably waiting for these sweet deals too.

With influences from many different bands, the group is well known for its huge diversity of sound. They combine synth music, pop, rock, and post-hardcore. Sometimes their music sounds experimental while other times they are creating a unique take on current music trends. Their music is nostalgic and clean so their songs are easy to fall in love with. They are the perfect example of great indie music that has stretched its hands into the mainstream world.

All the members are beautiful to watch on stage. They have a lot of charisma and are gifted in their instruments. They have a lot of ideas on how to make themselves great performers and execute them perfectly. They perform with a lot of care and energy which is great for anyone who wants to have a great time.

If you see The 1975 coming to play near you, make sure you get their tickets as soon as possible. They are a band no one wants to miss and you have to act fast to make sure their seats don’t run out. Join their growing fans and find out why this band is one of the most important groups to look out for in the scene. This is the best time to buy The 1975 tickets. Don’t miss the chance to see them live in the best seats in a venue near you.