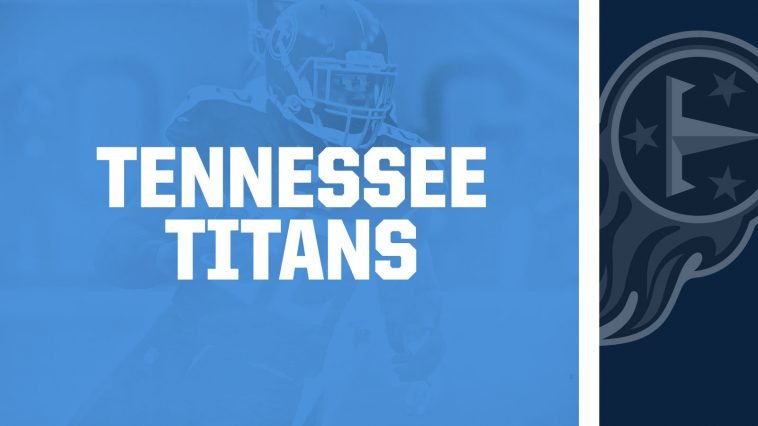 Making it to a Tennessee Titans game is a treat. This could be the year you buy cheap Tennessee Titans tickets. We help you find the best deals possible while giving you all kinds of tips to make the experience even better.

The list right below shows tickets to the upcoming Tennessee Titans games. You will see seats for both home and away games. The list will also include games from the Preseason all the way up to the Super Bowl. It will be up to you to find the game and section you want to sit in.

Is there a best time to buy Tennessee Titans tickets? We believe there are strategies for getting better prices on tickets. We will try to help you break down the timing of your purchase. Just remember, it’s the experience that you are after, and if you can save money along the way that is the bonus.

There are a lot of people that seek tickets at the beginning of the season. We like to think a little bit differently. Looking about two weeks before the game you want to see is a smart way to go. This gives the sellers enough time to sell their tickets at the price they want but with demand being high as well, prices could fall off.

If you can buy your seats after a Tennessee Titans loss, you’ll find a little bit of a dip in price. There are times when the Titans come off multiple losses and prices will dip a lot. Sellers will want to sell their tickets as soon as possible knowing that fans may not show demand. This is where you can take advantage of price dips.

Make sure you monitor certain sections around the stadium throughout the season. This will give you a good idea of how the price will move. There are a lot of times when prices will be way higher than they should be. These tickets are most likely for sellers that will go to the game, but if they can get a nice gain on their tickets, they’ll take it.

Where to Sit at Nissan Stadium?

When going to a Tennessee Titans game it’s all about where you sit. There are thousands of seats in the stadium and it will be up to you to figure out what kind of budget you have. We are adamant about making the experience more important than the budget. Of course, you shouldn’t spend more than you can afford, but don’t settle for seats that won’t make a great memory.

Lower-level – The lower level is where most of the game action can be seen and heard. These are definitely the best seats at Nissan stadium. If you would like to sit behind the Tennessee Titans sideline look for sections 134, 135, and 136. If you are a fan of the opposing team, look for sections 111, 112, and 113.

Club-level seats – Nissan stadium is notorious for having thousands of club-level seats. We love a good club-level seat for many reasons. You’ll have access to many amenities including smaller lines to the bathroom, bigger seats, and access to lounges around the club level. You can also expect climate-controlled seats on those cold and rainy days.

Upper level – Our least favorite section in any stadium is the upper level. This is quite obvious, but we really mean it from a memory and experience standpoint. You are better off staying home and watching the game on your TV than sitting up in a section where you can hardly see the game. Yes, you’ll be in the stadium and that’s great but at the end of the day, you really want to be up close.

Suites and Boxes – Obviously, the best seats in the house are in a nice comfortable suite. This is where you can get access to very comfortable seating, VIP parking passes, tailgating, huge screen TVs, private restrooms, climate-controlled locations, and access to several different bars and lounges around the stadium. If you can afford a box or suite-level seat you should take advantage.

One of the most annoying things about going to a football game in the NFL is parking your car. This is something you need to consider before attending the game. You should look for a parking pass ahead of time because it will save you some money potentially and hassle. You’ll most likely spend between $25 to $40 for a parking spot. Sometimes ticket sellers will offer parking passes in their package. Sites like SeatGeek and StubHub will display these parking passes.

Restaurants in and Around the Town

Depending on your appetite, there are plenty of options you can look for before and after the game. Across the river which isn’t very far from the stadium, you can check out several different restaurants.

Gray & Dudley – This is a great location if you’re looking for American comfort food and some nice drinks to go along with it. It’s a bit of an artsy location and it has great service and great food. Check out the menu here.

Hard Rock Cafe – The Hard Rock is notorious for its theme-style location. You can always expect a good time and this is a great location for before or after a game. Look for decent food from burgers to American classics.

Sometimes you are coming from out of town or just driving too far. The good news is there are plenty of hotels to choose from when in the Nashville location. Staying the night can be quite subjective so make sure you know what you want for the night you stay.

Clarion Hotel Nashville Downtown – Stadium – Pretty close to the stadium is the Clarion hotel. This is a reasonably priced hotel and you can expect to pay around $130 a night. This gives you nice proximity to several things around the area. See it for yourself.

Hotel Indigo Nashville, an IHG Hotel – This is a bit more expensive style hotel but gives you the amenities you may want. You’ll have access to a modern hotel that is just a mile from the country music Hall of Fame. You can expect to pay around $200 or more a night. Make sure you include this in your budget when looking for tickets.

You do have a couple of options to consider before buying your tickets to a Tennessee Titans football game. We know tickets can be quite expensive, but if you want to go to more than one game there is a great way to go about this.

Season Tickets – One of the most expensive ways to buy tickets is through a season ticket purchase. You might think this is not the way to go, but if you are a big fan you may want to go to more than one game. With only eight home games on average a season, it’s relatively easy to sell the tickets you do not use. This gives you the opportunity to not only break even on the season, but with a winning Tennessee Titans team, you could possibly make money. If it fits within your budget look into this and you may be surprised by how it can work out.

Last-minute Tickets – If you are a single spectator or are risk-tolerant, going up to the stadium without a ticket is a potential option for you. You can literally buy a ticket just before or after the game starts. Sellers who have to sell their tickets at the last minute will try to get rid of anything they can for a reduced price. This does not guarantee you’ll get in the stadium but will give you the option to get an affordable ticket. Remember, this could be a way in for cheap or you could get completely shut out.

A Look Back at Some Titans History

In the Super Bowl era, the Tennessee Titans won one conference championship. This led them to one Super Bowl but was defeated. They do have several divisional championships as well as plenty of playoff appearances. They’re one of the many teams that have yet to win the Super Bowl.

The Tennessee Titans do have their divisional rivalries against the Jacksonville Jaguars, Houston Texans, and Indianapolis Colts. You can also see some great games against the Buffalo Bills, Pittsburgh Steelers, and Baltimore Ravens. Any time they play one of these teams you can expect ticket prices to go up. Consider this when you are looking at the games you want to see.

Although the Tennessee Titans have moved and have had a pretty wild history, they do have some great players that have come through the organization. Some of these players include Warren Moon, Steve McNair, Eddie George, Elvin Betha, George Blanda, Earl Campbell, and Ken Houston.

Making the Game a Real Thing

We hope this brief rundown of Tennessee Titans information will help you have a better experience when you go to the game. Tickets are readily available online at multiple ticket sites. We think you can find better deals than are out there so be sure to look at all options possible. A lot of times people will list their tickets on multiple sites so be aware of this. Always remember, it’s all about the experience and not fully about the budget. You’ll be much happier off with a great seat than an upper deck seat without a great view. If you have any questions about buying tickets, please contact us and good luck.