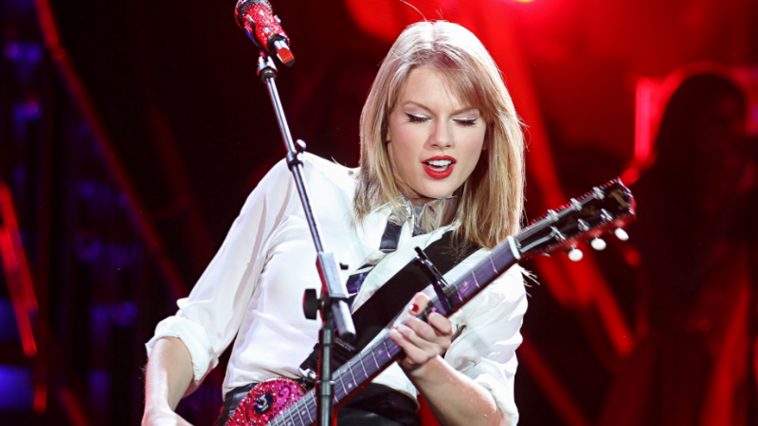 This year’s headlines have seen a lot of Taylor Swift. She released her first album since 2014’s “1989” – a pop powerhouse piece by the name of “Reputation.” In it, she reinstates herself as the queen of the industry with her now standard boy shaming and lyrics about taking pride in yourself. Though she’s now on Spotify, that didn’t stop “Reputation” from selling over a million copies in four days when it released back in November. According to Nielsen Music, Swift is the only artist to have four separate albums sell more than a million copies in a week since it starting tracking this information in 1991. It’s safe to say that Swift’s hiatus has only boosted her fan base.

There were no events found for Taylor Swift.

Swift has also appeared on TIME’s cover following the “#MeToo” campaign, putting her in the center of more controversy. Some people believe it’s well deserved while others are dismissing it because she’s a star. Despite all of this, she isn’t letting it get her down. Starting in May 2018, she’s doing a tour across the United States to promote “Reputation.” The first show is on May 8th and will be in Glendale, AZ at the University of Phoenix Stadium. Tickets are in pre-sale for this tour until December 13th.

Hers is going to be a stadium tour, with locations all over the United States. Some highlights include:

Solider Field: Located in Chicago, Illinois, Solider Field is home to the Chicago Bears football team. The field has been around since 1924, and the team moved here in 1971. In 2002, it was remodeled to have a more modern look. The field is also used by a few local Chicago teams like the Chicago Cardinals and the Chicago Fire sports teams. Swift has a high chance of selling out this location, with tickets to her tours usually gone in a couple of minutes. She has a show here on both June 1st and June 2nd.

FedExField: Located in Landover, Maryland, FedExField houses the Washington Football Team. It’s been around since 1997, where it was initially called Jack Kent Cooke Stadium, named after the deceased owner of the Redskins. The shipping company FedEx bought the naming rights in 1999 for 7.6 million per year. The football team has never sold out the stadium, but you can bet that Taylor will when she plays here on July 10th.

MetLife Stadium: Located in East Rutherford, New Jersey, MetLife Stadium plays the two New York football teams: The New York Giants and the New York Jets. It was built by MetLife Stadium Company, which was a joint investment from the two teams. At 1.6 billion dollars, it’s the most expensive stadium ever built and in second when it comes to crowd capacity at 82,500 seats. If any artist can fill those seats, it’s Taylor Swift. She’ll be doing so two nights in a row – July 20th and July 21st.

Gillette Stadium: Located in Foxborough, Massachusetts, Gillette Stadium is the stadium for New England Patriots. It’s named after the razor company, Gillette, and seats 65,878 people. It began construction back in March of 2000, with the New England Revolution soccer game being the first event in May of 2002. Taylor will be here on July 27th and July 28th for two likely sold-out shows.

Mercedes-Benz Stadium: Located in Atlanta, Georgia, Mercedes-Benz Stadium is home to the Atlanta Falcons and the Atlanta United FC sports teams. Opening earlier this year, in August, it’s the newest stadium on this list. It holds 71,000 people during football season, and 42,500 during the soccer season. It features a multi-purpose retractable roof so events can take place regardless of the weather. Taylor will be performing at this stadium on August 10th and August 11th, so get your tickets as soon as possible.

Overall, she has 33 shows listed on this comeback tour. It runs from her first concert in May, all the way to her last show in October. Ticketmaster verified fans were allowed tickets on December 5th, while Venue specific presages started on the 9th. As previously mentioned, the general public cannot purchase tickets until December 13th. Taylor Swift also has limited VIP Packages available for each location on tour. These come with a “Reputation” themed collectors box, a premium ticket to the exclusive snake pit, exclusive video content, a hardcover book, a commemorative ticket and ticket holder, the cd, and a few other goodies for her most dedicated fans.

She has a few other packages with varying bonuses, but the big difference is the ticket location. If you want to get up-and-close to Taylor Swift on her 2018 tour with Seatgeek, you’re going to have to pay up. Swift’s concerts are always highly praised, and her shows have sold out for years. She may have taken a break earlier this year, but with her new album in late 2017, and her upcoming tour, 2018 may as well be the return of Taylor Swift.