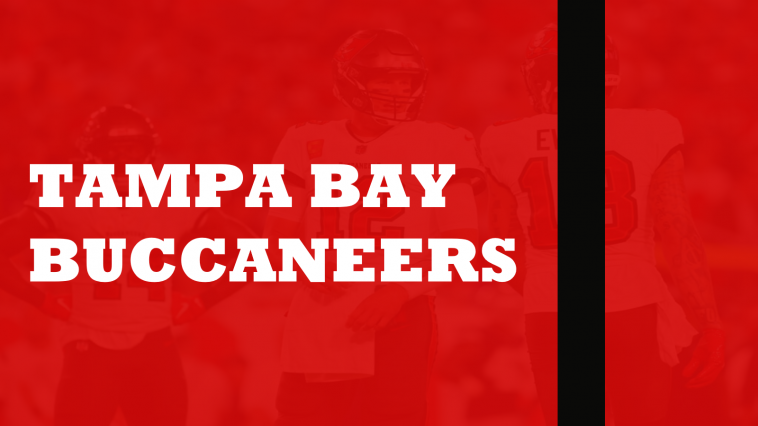 In this breakdown, we want to share information we’ve learned over the years about buying Tampa Bay Buccaneers Tickets. Firstly, we will discuss the best time to buy, secondly, we’ll look at where to sit, then we will look at some of the outside amenities, some history, and what kind of tickets you can buy.

Listed below are tickets to upcoming Tampa Bay Buccaneers games. You have listings from the preseason all the way up to the Super Bowl. Both home and away games will be listed so keep that in mind. You may also come across parking passes that are necessary when attending a Tampa Bay game.

There were no events found for Tampa Bay Buccaneers.

Knowing when to purchase your tickets for a Tampa Bay Buccaneers game is a work of art. It is quite difficult to time your purchase, however, there are ways that you can take advantage of price fluctuations.

We like to think around two weeks before the game you want to see is the timeframe you should be looking. This is where a lot of demand and a lot of supply occur. As the demand diminishes, the supply will have a tendency to reduce the prices to make sure they get a fair price. You have a chance to purchase tickets below average when the timing is right.

When the Tampa Bay Buccaneers are winning you can expect to pay a premium for your tickets no matter what. It will not matter who they are facing as an opponent. You can be sure prices will stay the same or go up.

There are times after a loss or even two losses in a row where ticket prices could drop. These are the sellers who were unable to sell their tickets and may be forced to reduce their prices. Keep an eye out for several sections during the season and see where price fluctuations may occur. We’ll get into the seating next which may help you determine which sections to look at.

Where to Sit at Raymond James Stadium

Picking the right section at Raymond James Stadium is critical to your experience. Without a good seat, you might as well just watch the game from home. We will now discuss a couple of sections to consider when going to the game.

Lower Level – The lower level is for the true football fan. It gives you close views of the field and sidelines. It makes you feel part of the game when it’s really intense. Look for sections 110 and 111 if you wish to sit behind the Tampa Bay Buccaneers bench. If you would like to sit on the opposing team’s bench look for sections 135 and 136.

200 Level – There is a 200 level section in Raymond James Stadium. These are like the club-level seats but without the amenities. We would recommend going with the club seats if you can afford them.

Club Seats – There are several clubs within this section. You have access to the East Stadium club, Hyundai Club, and several others. Private bars, upscale food, and flatscreen TVs are also available to you. Smaller lines to the bathroom is a nice feature as well.

Upper Level – This is one section we hope you can avoid. Although the prices may fit your budget the distance to seeing the game is just too far. Try to avoid the upper level unless you have reasons such as a large group or you just want to attend a game.

Suites – Anytime you’re dealing with seats and an NFL stadium you are talking about quality. You have access to 128 luxury suites around the stadium. You’ll have catered food, private restaurants, access to the field, and many more amenities.

Parking Near the Stadium

Parking is one of those things we don’t really like to think about. Going to an NFL football game requires you to think about a parking pass. It’s best to get this ahead of time so you don’t have to worry about it when pulling up to the stadium. On average, you’ll pay around $30 but bigger cars can pay up to $50.

Looking for a Place to Eat

Local eats is definitely something people consider before or after a game. Here are a couple of restaurants you should check out.

Miller’s Ale House – This is a casual sports bar near the stadium. For reasonably priced food and drinks, you can expect great service as well.

Mom’s Place Restaurant – Here is a diner option for you to have breakfast before the game or a late lunch. You have fast and friendly service and it’s perfect to fill you up before the game.

Need a Place to Stay Nearby

Looking for a hotel may be required if you’re coming from a long distance or had too much to drink. We try to share a couple of hotels with you to consider. Please make sure you check out all the different hotels in the area to meet your requirements.

Country Inn & Suites by Radisson, Tampa RJ Stadium – When looking for a hotel it will come down to what you need. If you are just looking for a bed for the night then the country Inn and suites is a perfect spot. You’ll pay on average about $100 a night.

Hyatt Place Tampa Airport/Westshore – This Hyatt will get the job done when you need a place in a pinch. Near the stadium and airport, this hotel will provide you with comfort for the night. You have breakfast and some other amenities as well. On average will spend around $120 for the night.

We call these two ticket purchasing options unorthodox only because it’s probably not something you’re really thinking about. Going to a gang can be quite expensive in these two options can both save you money.

Season Tickets – Although season tickets are quite expensive, they are something you should consider if you plan to go to more than one game a season. Once you have your season tickets you can then sell the tickets to the games you will not be attending. During games against divisional rivals or big-time opponents, you can even make money a lot of money on your tickets. This is a great way to recoup the money on the games you want to go see. You have to think of it as an investment hoping to either break even or even make money on the year.

Last-minute Tickets – If you are a bit more risk-tolerant and decided that you want to attend a Tampa Bay Buccaneers game, you can actually walk up to the stadium and purchase your ticket. You can use many of the different mobile apps to purchase tickets even after the game started. This is because a lot of sellers who were unable to make the game or haven’t sold their seats will try to recoup some of the money they already spent. Understand, that you may not get into the game by going this route. If you score you will save a ton of money on your tickets.

Up until 2002, the Tampa Bay Buccaneers were considered pretty unlucky. Ever since then, they’ve done quite well. They have two Super Bowl championships with their two conference championships. They have several divisional championships and many playoff appearances.

The divisional rivalries against the New Orleans Saints, Carolina Panthers, and Atlanta Falcons will always bring the highest price ticket. You can also expect a high ticket price against local teams such as the Miami Dolphins and Jacksonville Jaguars.

Some of the many players that have come through the organization consist of Warren Sapp, Derrick Brooks, John Lynch, Lee Roy Selmon, and Tom Brady.

Making it to a Game a Real Thing

In conclusion, this is your chance to make it to a Tampa Bay’s Buccaneers football game. The NFL is filled with games each week and it’s up to you to commit to going. We’ve given you enough information to save money on your tickets. We feel like this is a good time to go and watch your favorite team live. If you have any questions about purchasing tickets you can always contact us. Good luck!