Traveling to Mexico soon and unsure of what to do? This list details some of the best events to get StubHub tickets to, as well as some history of favorite venues. What we’ll be talking about:

Liguilla: Football is Mexico’s most popular sport. Regardless of the time of year, you can always find fans flocking to different stadiums to watch their favorite team play. Teams will play indoor and outdoor arenas, though tickets can get expensive based on who’s playing and where it’s at. Some of these can even go as high as four-hundred dollars, though can find smaller games cheaper than that.

One big yearly football event is the Liguilla. This is a competition where national football teams compete to reach the “Liguilla” of Mexican football – basically the champions of National Mexican football. Teams compete in Liga MX to get a spot in the final eight. Once there, these teams play in something called the”todo por el todo”, which is a series of two-round matches you must win or draw to proceed to the final. The team that wins also gets a chance to participate in a Champions League also known as the Concachampions. The Concachampions is a football tournament between multiple countries, where Mexico has won more than any other country.

Caribbean Series: Baseball is another favorite pastime for the Mexican people. They have a big event every year for it – the Caribbean Series. This is a multi-country competition filled with players from all over the world. A lot of them are United States Major League Baseball players who come back to play for their home countries. Mexico is third in total wins overall but has been dominating in the past decade. Will they be able to catch up?

These tickets range anywhere from two-hundred dollars to upwards of four hundred per game on StubHub. It’s a massive competition, so they sell out quickly.

Hell and Heaven Music Festival: This massive heavy metal festival is a yearly occurrence in Mexico. Taking place at the Autodromo de los Hermanos Rodriguez, this show has been around since 2011. It’s a two-day festival where famous bands from all over the world come to play. Kiss, Limp Bizkit, and Angra are some previous headliners, though the festival has even drawn in characters like Ozzy Osbourne himself. These tickets cost you sixty to seventy dollars a day on StubHub, but with a lineup like this, it’s entirely worth it.

The Autódromo Hermanos Rodríguez is a 2.7-mile race track in Mexico City founded in 1962. It’s named after a racer, Ricardo Rodriguez, who died shortly after the track was founded. He was practicing for the 1962 Mexican Grand Prix. Everyone from NASCAR to Desafío Coron races here. It’s an oval-shaped circuit raced in a counter-clockwise direction and is known as the most hazardous track in Mexico. When not used for races, it’s used for events like the Hell and Heaven music festival.

Mexico City Arena: The Mexico City Arena is one of the most visited event centers for all types of entertainment. Everything ranging from sporting to music events is held here. It was built back in March 2009 and opened to the public three years later in February 2012. Interestingly enough, it’s not only Mexican events that are held here. The American NBA occasionally holds basketball games here for teams that can make it.

When buying tickets for these events on StubHub, you can do some searching online for discount codes. You can either Google search for them or head to websites like couponcabin.com, couponbox.com, and anycodes.com. However, when searching, you’re going to want to be careful. Not all sites are reliable, and some discount codes aren’t legit. Don’t expect to be saving too much using these, but sometimes you can get lucky with them.

Hopefully, these details help you decide where in Mexico is best for you. As you can see, there are all sorts of exciting events to attend. Don’t forget to check out our other sub-pages for events in different countries around the world and use StubHub as your ticket source. 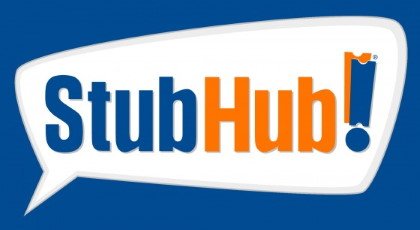