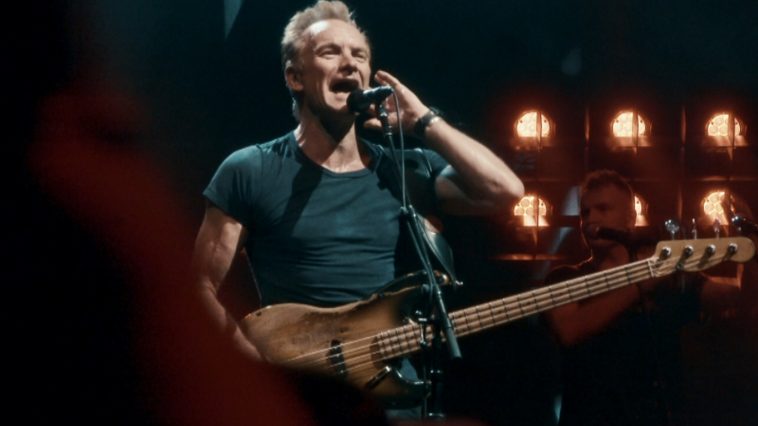 Sting has one of the most instantly recognizable voices in pop music. Having found monumental success with the band the Police, he’s gone on to become a hugely popular solo artist, selling millions of records and gobbling up just about every important music award there is. He’s also swept up honors such as a star on the Hollywood Walk of Fame, a CBE from Queen Elizabeth II, and was made an honoree by the Kennedy Center at a White House ceremony in 2014. Every new Sting tour or record is met with glee from fans, while critics are regularly impressed by his apparent inability to settle into a singular style. This is the best time to buy Sting tickets. If you plan to attend his concert please try to get the best seats available by using the listings below.

Sting The Colosseum At Caesars Palace - Las Vegas, NV
From $98

Sting The Colosseum At Caesars Palace - Las Vegas, NV
From $107

Born Gordon Matthew Thomas Sumner in 1951, Sting cut his teeth playing in jazz groups in Newcastle, England. In the late 1970s, he moved to London to form the Police. The group charted regularly, becoming one of the biggest bands in the world until they disbanded in the mid-‘80s. With the freedom of being a solo artist, Sting was able to explore many different types of music from around the world, weaving them into a sound that became singularly his while pushing pop music toward more experimental territory.

Sting tours have taken place in many of the most popular venues in the world. More recent Sting concerts have taken place in venues such as the Masonic in San Francisco, The Hollywood Bowl in Los Angeles, and the Stifel Theatre in St. Louis. One year after the attack on the Bataclan theatre in Paris, Sting played an exclusive concert to reopen the venue.

Sting fans are some of the more loyal music fans around. Every time a new Sting tour is announced, there is an army of fans that are waiting to snatch them up. As such, getting your hands on cheap or last-minute Sting tickets can be a challenge. By checking the listings above regularly, you can maximize your chances of getting the Sting tickets that you are searching for.

Sting’s live performances are known for their energy and enthusiastic crowds. Sting remains as chiseled and poised as he was in his younger days with the Police. His backing band delivers a tight mix of classic hits and dynamic newer material that is sure to please both new and old fans alike. One of the biggest draws for any Sting fan is seeing a performer who seems to truly enjoy what he’s doing. His ever-changing sound is expertly crafted by a band that includes some of the best musicians in the world. He’s always incorporating new elements into his sound, be it elements from jazz or music from Africa or some other far corner of the world.

Sting’s collaborations are so common that it would be hard to list them all, but some of his more memorable collaborations include those with Rod Stewart, Bryan Adams, and Tina Turner. Sting tours have included shared bills with such legendary performers as Paul Simon and Peter Gabriel. Continuing a streak of unique Sting collaborations, he worked with reggae-pop artist Shaggy to record an album called 44/876. Subsequent tours together proved popular and featured the two sharing vocal duties on songs from the album, as well as each other’s tracks, including Sting’s “Englishman in New York” and Shaggy’s “It Wasn’t Me.”

Sting is a bit of a renaissance man. He lent his talents to the writing of a musical based on his own childhood around the boatyards of Newcastle, England, called The Last Ship. On top of writing a musical, he’s also worked as an actor, including roles in films such as Dune, The Adventures of Baron Munchausen, and Lock, Stock, and Two Smoking Barrels.

Whether it be an older album like 1993’s The Summoner’s Tales or a newer record like 57th & 9th, classic Sting albums feature heavily in live sets. Expect to find yourself singing along with thousands of other adoring fans. If you want to make sure that you minimize your chances of disappointment, use the listings above to get the best seats to a Sting concert. You won’t want to miss out when he comes to a venue near you.