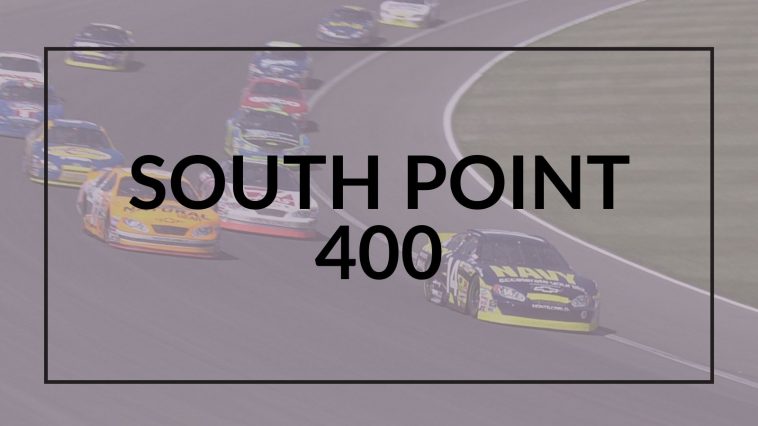 The South Point 400 takes place at one of NASCAR’s most modern tracks: Las Vegas Motor Speedway. And since first hosting NASCAR racing in 1998, the LVMS has seen many champions take the checkered flag. Jeff Gordon won the 2001 race in Vegas (the UAW-Daimler Chrysler 400) after starting 24th. The eventual points champion led 33 laps that day. Jimmie Johnson won three straight times in Vegas from 2005-2007. Two of those years (2006-07) were years when Johnson won the season championship. And Martin Truex Jr., in his championship season of 2017, also won in Vegas (the Kobalt 400) in March of that season.

And the race in Vegas has been moved to the first race of the NASCAR Cup Series playoffs, so now is the right time to buy tickets to the South Point 400 in Las Vegas.

Las Vegas Motor Speedway holds 142,000 spectators (80,000 grandstand seats) for the South Point 400. Seats from any vantage point inside the Vegas Speedway are available.

Cheap South Point 400 Tickets are available at the end of the grandstand sections (sections 1A-1J and 4P-4X). Section 1 seats put you right in the middle of turn 1, while section 4 puts you in perfect view of turn 4.

So Much to See

LVMS has surprisingly affordable seats at the finish line. Seats in sections 2H-2J give you the perfect view of the race’s finish. The Earnhardt/Petty Terrace provides a great view of the race track from high above the front stretch, making it possibly the best place to sit in all of LVMS. There’s also significant space for RV camping in the infield. RV spacing covers the end of turn two, the back straightaway, all of turn three, and the start of turn 4.

Race Control Loge Boxes and Vegas Loge Box ticketholders get access to a complimentary buffet with all-inclusive drinks (including beer and wine). Ticketholders also get pre-race garage access and complimentary FanVision rentals. The Race Control Boxes are located at the finish line with comfortable cushioned swivel seats while the Vegas boxes feature lounge furniture in turns 1 and 4.

There’s also complimentary food and beverages in the Club Level located above the grandstands. Ticketholders get access to an indoor lounge and a theater-style seat.

You can also purchase a seat on the Suite level, which is a more intimate Club Level experience.

After you secure your tickets, be sure to make the most of the rest of your weekend. Check out the Truck Series race on Friday and Xfinity Series race on Saturday. Take one of the many tours of the Vegas desert with numerous ATV and Sunbuggy rental and tour companies. Visit the Neon Museum or the Las Vegas Natural History Museum. Visit one of the many casinos on the Vegas strip. Or take the kids to the FLIPnOUT Fun Center.

How to buy tickets to the South Point 400