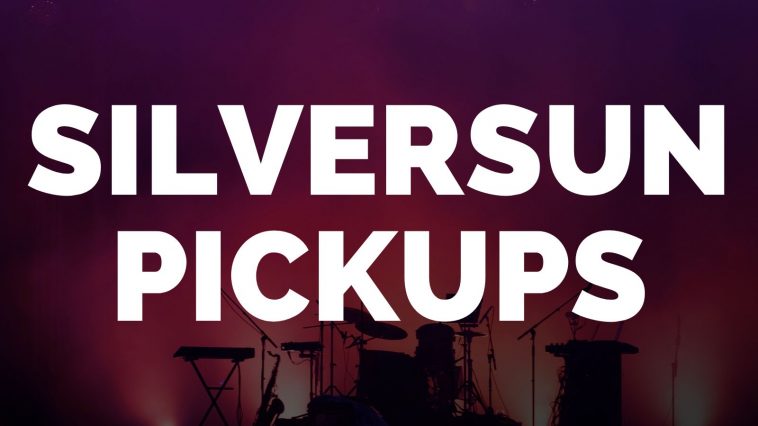 Silversun Pickups is an alternative rock/dream pop group from Los Angeles. The band was formed in 2000. The Silvers Pickups lineup consists of lead singer and guitarist Brian Aubert, bassist and backing vocalist Nikki Monninger, drummer, Chris Guanlao, and multi-instrumentalist and sound manipulator Joe Lester. Aubert and Monninger met on a flight to London where both were bound for a Cambridge exchange program. Aubert glimpsed Monninger as she distracted the flight attendant and stole liquor from the drink trolley. This is the best time to buy Silversun Pickups tickets. You won’t want to miss the show knowing you could have had the best seats in the venue.

Bush with Silversun Pickups The Salt Shed - Chicago, IL
From $114

The band’s name is taken from a liquor store across the road from the Silverlake Lounge, one of the band’s first steady gigs. Regularly, a band member would make a pickup late at night at the liquor store, inspiring the name, which is a “state of mind” according to the band.

Carnavas, the band’s debut studio album, was released in 2006 and peaked at no. 80 on the Billboard 200. Two of the album’s four singles, “Lazy Eye” and “Well Thought Out Twinkles” broke into the top ten of the Billboard Modern Rock Tracks Chart. The music video for “Lazy Eye” on the band’s official YouTube channel has close to five million views. The song is also featured on Rock Band 2 and Guitar Hero World Tour, making it one of thirteen to be featured by both franchises.

In 2009, after the release of their second album Swoon, Silversun Pickups were given a controversial Grammy nomination for the category of Best New Artist. The controversy arose because some argued that Silversun Pickups were already popular before 2009. The neck of the Woods, the band’s 2012 release, reached no. 1 on the iTunes top 100 albums a day after it was released. During this time the band also recorded a cover of “Not Dark Yet” by Bob Dylan. The track was for the tribute album Chimes of Freedom: Songs of Bob Dylan Honoring 50 Years of Amnesty International. Jimmy Kimmel Live! hosted Silvers Pickups in 2014 to promote their Better Nature album.

The core of Silversun Pickups early sound is fast, distorted, and overdubbed guitar. As the third comment on “Silversun Pickups — Panic Switch (Live on the Honda Stage at the iHeart Radio Theater)” Your Brother writes, “My God never have I heard anyone rock an epiphany that hard”. This is in reference to Aubert who plays a 1994 Epiphone Sheraton II. The top two comments focus on the drummer Guanlao’s enthusiasm, however. With flashing stage lighting and a driving guitar pace, Silversun Pickups bring fans an intense modern rock experience on stage.

In 2007 after releasing Carnavas Silversun Pickups began a career of international touring which has now spanned over a decade. During this time the band has toured with other major modern rock groups. In 2007 they opened for the Foo Fighters in Dublin and Edinburgh, and for the Kaiser Chiefs during their European Tour. During Placebo’s Winter 2009 European Tour, Silversun Pickups served as their support as well. The band has also played across the United States with Manchester Orchestra and Muse. Against Me!, The Henry Clay People and Birds of Tokyo (an Australian group) have all played with Silvers Pickups too. Festivals such as Coachella and the 2009 Voodoo Music Experience Festival have played host to Silversun Pickups. Austin City Limits was the last venue the band played on their 18-month tour in support of Swoon in 2010.

More About the Silversun Pickups

It was announced on social media on June 28, 2018, that the band would be working with Butch Vig on their next album titled Widow’s Weeds. This is your chance to check out the best tickets for the Silversun Pickups. You want to have the best seats in the building and the tickets to get you there should be good.