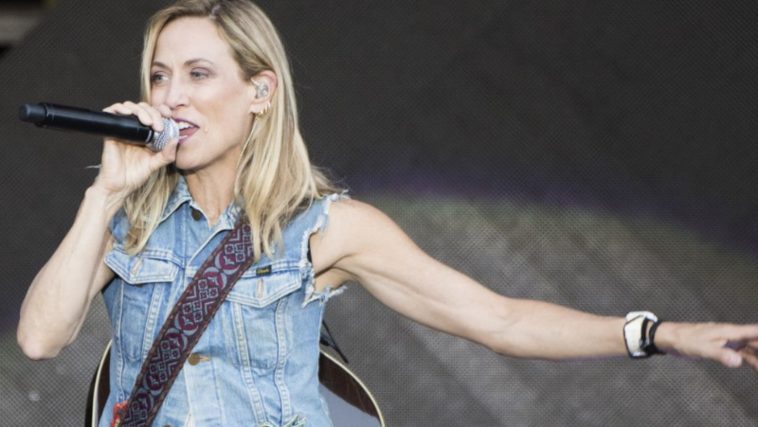 Considering the success that singer/songwriter Sheryl Crow has found, it should come as no surprise that she was born to musical parents. Her mother was a piano teacher and her father was a trumpet player. She was born and raised in Missouri where she was involved in many school activities. At Kennett High School, she was a track star, pep club member, National Honor Society member, and National FFA Organization member. After high school, Sheryl went to the University of Missouri, earning a Bachelor of Arts degree in music composition, performance, and education. During her time in college, she sang in a band called Cashmere, was in a sorority, and was part of Sigma Alpha Iota International Music Fraternity. You can see all of the upcoming concert dates below. This is the best time to buy tickets for a Crow concert. All of the best seats that are available will be listed.

After college, Sheryl worked as an elementary school music teacher, singing in bands on the weekends. She met local music producer Jay Oliver, who helped her find gigs doing advertising jingles for companies like McDonald’s and Toyota. In the late 1980s, she went on tour as a backup singer for Michael Jackson.

It was finally in 1992 that Sheryl Crow recorded her first album, a self-titled release produced by Hugh Padgham. That album was not released, however, as both Sheryl and Hugh had reservations about the songs and the quality of the record. Sheryl continued to write and play music, with the hopes that someday she’d have thousands of eager fans lining up to buy tickets to her shows.

In 1993, Sheryl Crow’s official debut album, Tuesday Night Music Club, was released. It featured some of her earliest hits like “Run Baby Run,” “Strong Enough” and “Leaving Las Vegas.” The song that finally got the album on the Billboard charts was “All I Wanna Do.” The album went on to win three Grammy Awards for Record of the Year, Best New Artist, and Best Female Vocal Performance.

Sheryl’s second self-titled album, which she produced herself, was released in 1996. She won two Grammys for Best Female Rock Vocal Performance and Best Rock Album. The lead single, “If It Makes You Happy,” propelled both the album and her career forward.

Before and during the years of Sheryl Crow’s rising career, she has sung background vocals on other artists’ songs. These include Don Henley’s “The Garden of Allah,” Prince’s “Baby Knows,” Ryan Adams’ “Two” and Johnny Cash’s “Field of Diamonds.” She has also penned songs for films that include “Tomorrow Never Dies” from the movie of the same name, “Kiss That Girl” from Bridget Jones’ Diary, and a cover rendition of the Beatles’ hit “Mother Nature’s Son” for I Am Sam.

Sheryl also collaborated with artists Kid Rock and Michelle Branch for songs on their albums, as well as released a live album, Sheryl Crow and Friends: Live From Central Park, that featured artists such as Sarah McLachlan, Stevie Nicks, Eric Clapton, and the Dixie Chicks. The song “There Goes the Neighborhood” from the album won a Grammy Award for Best Female Rock Vocal Performance.

While Sheryl’s sound is mostly in the folk/pop genre, she has recorded country music songs and toured with other country artists. She opened for George Strait on his 2014 The Cowboy Rides Away Tour, as well as for Rascal Flatts on their Rewind Tour that same year.

How to Buy Tickets to Sheryl Crow Shows

If you want to catch Sheryl Crow at a live show, it’s easy. The time is now to snag those great seats before they’re gone. You won’t want to miss out when she comes to a venue near you.

Sheryl Crow’s music career is her most prominent venture. But she has also been involved with projects outside of her songwriting. She made her acting debut in the 1999 film The Minus Man and did musical theater for a Cole Porter biopic, De-Lovely, in 2004.

With a career that spans decades and musical genres, Sheryl Crow is a performer who appeals to the masses. Her songs run the gamut from emotional folk tunes to peppy pop/country melodies. She often has guest performers at her shows and knows how to engage with the audience.

If seeing Sheryl Crow perform is on your bucket list, make the purchase happen as soon as possible. Spend a few extra dollars and upgrade your seats for even a better experience.