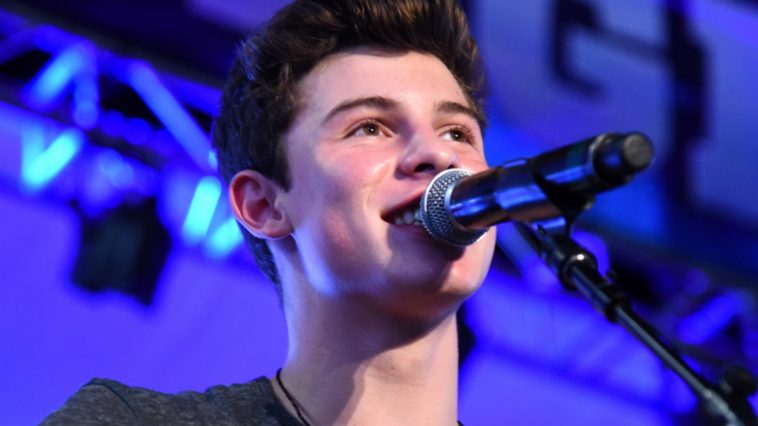 Shawn Mendes will be on tour soon and it’s going to take some effort when it comes to the best seats. We will discuss some things about Shawn Mendes and we will also go over some of the seating at the different venues. Be ready to act on tickets if you can. Listed below are all the events Shawn will be performing. If you don’t see the one near you, the load more button is there to take you to the page with all of his shows. Check back often for some of the best tickets.

There were no events found for Shawn Mendes.

The North American tour will include stops in venues like Kansas, Dallas, Los Angeles, Detroit, Washington, Boston, and many more, with tickets already available for general sale starting the 19th of May.

“Shawn Mendes” album represents the artist’s transition from teen to adult music, a real challenge for any 25-year-old musician. Thanks to his good looks charm, warm vocals, and guitar talent, Mendes starts with this album to cross the bridge toward the mature side of his artistic vision. The guitar remains the central point of this album, Mendes performing wonders with it both in strummed songs and in the softer ones.

With three singles already released – “In my blood”, “Lost in Japan” and “Youth“, the album presents to the audience a Shawn Mendes who has the courage to try out new styles.

“In my blood” is the album’s opening track and sounds like an homage to the hit released by “Kings of Leon” in 2007 – “Sex on fire”. The rock chorus of the song reminds me of other two pop artists – actually role models of Mendes – who had in their career a similar approach in regards to rock influence in pop music: Justin Bieber and Justin Timberlake.

“Lost in Japan” inducts Mendes into the gallery of white artists who can funk: Justin Timberlake, Charlie Puth, and Robin Thicke. Co-written by Scott Harris, Teddy Geiger, and Louis Bell, the song has a generous sound arrangement, bringing to harmony synth, bass, shakers, and acoustic guitar. The instrumentation is backed up by the graceful voice of Mendes, transforming the song into a well-liked pop-funk track.

“Youth” might be the most R&B tune released by Mendes so far, thanks in part to the silky vocals produced by his duet partner, Khalid. The single brings fans a Shawn Mendes determined to preserve his spirit alive despite the passing of years. Mendes doesn’t miss realism, as he acknowledges there are bad things happening in the world, yet he decides not to allow these bad things to turn him into a bitter person.

The 14 tracks album contains several collaborations with famous artists and references to other hits, resulting in a successfully-crafted pop project.

“Fallin’ all in you“, co-written by Ed Sheeran, sings about the joy the artist feels in discovering that a one-night stand seems to develop into something more profound.

In contradiction to this joy, the track “Where were you in the morning” shows a crushed Mendes, who “mourns” the disappearance before breakfast of his previous night’s girl partner.

“Because I had you” has a chorus that sounds a bit like Justin Bieber’s “Love yourself”, a hit that also wears the signature of Ed Sheeran as a composer.

Julia Michaels co-wrote the catchy track “Nervous”, as well as the sweet “Like to be you”, a duet with the guitarist John Mayer. Another collaborator on this album is the frontman of “One Republic”, Ryan Tedder, who brings flavor to the funky track “Particular Taste”.

The album closes with “When you’re ready”, a ballad that pledges through its chorus eternal love, but which finishes unexpectedly, on a lingering note, intentionally leaving the fans wanting to hear more of Mendes’s future projects.

Expected with great excitement, the strength of Mendes’s album is the artist’s ability to offer its fans the image of a man who actually believes in the thing he sings about – romance – and who has experienced the intensity of emotions brought by this state of the soul.

Born on the 8th of August 1998 in Toronto, Canada, Shawn Peter Raul Mendes is a real-life example of how you can become a superstar in the era of high technology. He managed to build a successful career using social media, gathering a real army of fans all over the world, with whom he interacts almost daily either through photos, posting, or live meetings.

Mendes is a self-taught guitarist, who learned to play guitar by watching tutorials on the internet. And didn’t settle with just learning, instead, he became a perfectionist, practicing every day in an attempt to become better and better every day.

In August 2012, Mendes was 14 years old and he decided to upload on “Vine” – a currently “deceased” video-sharing platform – a video of himself covering “As long as you love me”, a hit by Justin Bieber. It took only 24 hours for the upload to receive 10,000 likes. The performance caught the eye of Andrew Gertler, who signed Mendes with the “Island Records” company.

His first single – “Life of the party” – brought him the distinction of being “the youngest music artist to debut in the U.S. Billboard Hot 100’s Top 25”. This performance determined “Time” magazine to name Shawn Mendes one of the Most Influential Teens in three consecutive years – from 2014 to 2016.

His first album – “Handwritten” debuted at #1 both in the U.S.A. and Canada. The single “Stitches” reached “Top Ten” in the two countries and was “Number One” in the charts from Germany and U.K. The single turned Mendes in August 2017 the first musician under 21 to have three #1 songs on “Adult Pop Songs Chart”.

Note – With over 44 million listens each month on Spotify, you can expect some more big things out of this young superstar. He has half a dozen songs with well over a billion listens to each. These are going to keep rising as time goes on. How would you like to have 30 million subscribers like Shawn? This is a pretty wild number with the song Stitches getting over 1.5 billion views.

His artistic performance includes also the feature of a single “Believe” in the musical “Descendants” created by “Disney Channel” and collaboration with Camila Cabello of “Fifth Harmony” for the track “I know what you did last summer,” which reached “Top 20” in Canada and U.S.A.

In 2014, Mendes released his second album – “Illuminate” – in which he brought his musical style close to the one of Ed Sheeran and John Mayer. With all songs written by himself, Mendes topped the charts and won platinum certifications in U.S.A and Canada.

Without showing any signs of fatigue, two months later Mendes released “Live at Madison Square Garden”, went on a world tour in 2017, released the “Top Ten” hit “There’s nothing holding me back” and issued a record with “MTV unplugged”.

As for his live performance, youth seems to be an advantage for Mendes: he always looks confident and exuberant on stage, in part thanks to the special connection he has with his army of fans. Mendes manages with each live performance to energize the fans by interacting with them and acting on stage as in his second home. His concert playlist is a mix of hits and not yet released singles. From “There’s nothing holding me back” to “Treat you better” and “No promises” or “Stitches”, the audience vibrates with each chorus, Mendes offering the public an experience to remember.