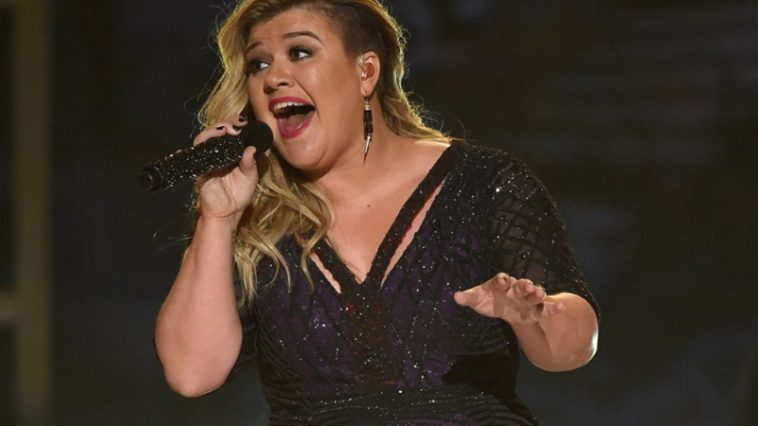 Kelly Clarkson has started in January her first tour since 2015. Called “Meaning of Life”, after her album released in 2017, the tour spans until the 30th of March and includes stops in locations like Chicago, Detroit, Dallas, Boston, Baltimore, and Nashville. You can find the full list of dates and venues at the end of this article. Clarkson will be accompanied in her tour by GRAMMY-nominated Kelsea Ballerini and by the winner of “The Voice” award – Brynn Cartelli.

In the four years that have passed since her last major tour, Kelly Clarkson has had only sporadic appearances, such as the performance at the annual “Jingle Ball”. The current tour’s playlist includes songs from her new album, but also older hits such as “Behind These Hazel Eyes” or “Stronger”. If you want to see the “American Idol” winner perform live to get your tickets soon.

“Meaning of Life” is Kelly Clarkson’s eighth studio album and her first after leaving the record company she has worked within the past 15 years. The album has been acclaimed by critics the moment it was released. “The sound of freedom” and “the best album of her career” were just two of the appraisals received by the album, in which Clarkson’s voice has achieved an artistic maturity never displayed before. From the first three singles released – “Love So Soft“, “I Don’t Think About You” and “Heat”, the album showed that the theme, the voice and the rhythm of the songs combine into a majestic harmony.  The album she always wanted to make (according to her own statement) offers the fans great electronic percussion, high-pitched lyrics, ballads, hip hop vibes, and veteran musicians, such as Verdine White, the bassist of “Earth Wind & Fire” as guest stars.

Filled with vocal twists, “Cruel” is a ballad with a drumbeat resembling ‘90s rhythm, while “Love So Soft” features a pop-ish chorus and a toe-tapping persistent enough to catch everyone’s attention for what the album is revealing next. Since empowerment is one of the album’s themes, “Go High” is the track that provides a high concentration of self-confidence, especially since it has been inspired by a speech that Michelle Obama held in 2016. Self-confidence is present also in the Tina Turner-like track “Whole Lotta Woman”, but in a “make it fun” kind of way, judging by the “Texan woman do it bigger” line.  “Medicine” is another display of Clarkson’s appeal to the ‘90s, as this funky song has a lot in common with the style of Mariah Carey.

The album features elevated proofs of what Kelly Clarkson is best known by her powerful voice.

The title track – a mid-tempo one, displays precisely that powerful voice, which manages to remind us, with passion and emotion, why love is so beautiful.

Maybe the greatest appraisal for the album “Meaning of Life” was the question addressed by the “New York Times”:  “What if Aretha was born now and made a record today?” If you want to receive an answer to that question, you can see Kelly Clarkson perform live this album by getting your ticket from

Born on the 24th of April 1982 in Fort Worth, Texas, Kelly Clarkson has struggled for each of the successes she now holds in the music industry. Determined to pursue a career in music, Kelly moved to Los Angeles after she graduated high school. After holding several jobs to support herself, she began to work with songwriter Gerry Goffin. Unfortunately, that small victory was short-lived and the numerous obstacles that came her way determined her to move back to Texas.

But in 2002 she became one of the 10,000 contestants of the new show called “American Idol”. Her strive, vocal majesty and endless effort won her the big prize and a contract with RCA records. Her new success was huge: the first single she released called “A Moment Like This”, jumped from #52 to #1 in the “Billboard” charts and became the best-selling single of the year in the U.S. Her second album “Breakaway” brought her two Grammy awards. But that was only the beginning of a story filled with hard-work, bad-luck and above all, determination to change the inner feeling from victim to a winner.

The obstacles that record companies have put in her way (including executive Clive Davis’ attempt to block the release of the album “My December”) have become an inspiration source for the themes in some of her albums. Being constantly shifted between record companies and various producers, Clarkson had a hard time defining a consistent sound for her first albums. But for her fans, different musical styles in her albums meant discovering Kelly in more than one perspective. Despite all the downs experienced along the way, she didn’t give up, she continued to push forward and won every battle and every award with hard-work and sweat. All that struggle was transposed in the lyrics she wrote, which turned into hits like “Breakaway” or “Stronger.

She received multi-platinum and gold certifications for singles like “Because of You”. She is the first musician to hit #1 in Billboard pop, country, adult contemporary and dance charts. She won 3 Grammys, 3 MTV Video Music Awards, 4 American Music Awards, 1 Country Music Association Award and 2 American Country Awards.

With more than 36 million singles and 25 million albums sold worldwide, Kelly Clarkson is one of the most important contemporary musicians, with an attitude that makes you think that this is only the beginning of her success.

If you want to catch live one of Clarkson’s performance from this year’s tour, check one of the sites here for the best deals around.