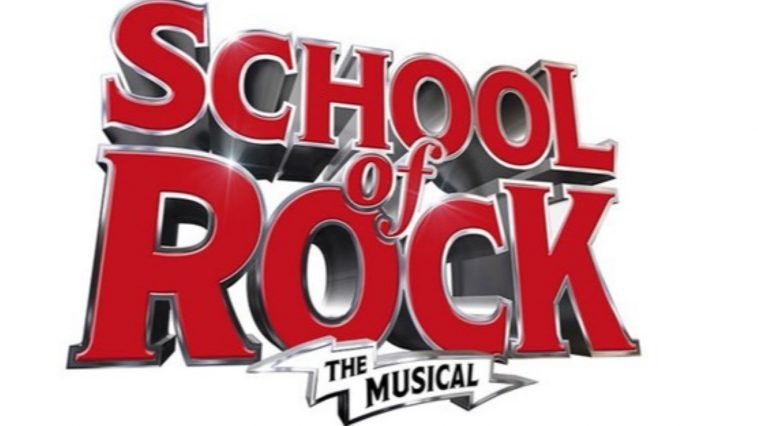 Andrew Lloyd Webber is a man who splits opinions.  To many, he is a hero of musical theater.  Someone who can create melodious tunes and tell stories that both excite emotions and twitch at the heartstrings in a way that few composers can achieve.  But to others, he is an oversweet addition to the cocktail of musical theater which the genre would be better without.

To those critics, we are unlikely to change opinion.  But to the majority of theatergoers, Mr Lloyd Webber sits somewhere along the line between hero and somebody who gets it right more often than not, and to them, we recommend School of Rock, The Musical wholeheartedly.

A History of Hits

For the doubters and the dubious, remember that for every ‘Woman in White’ and ‘Aspects of Love’ there are two or three ‘Jesus Christ Superstar’s, ‘Phantom’s, ‘Evita’s and the strangely overlooked ‘Beautiful Game’s (if it ever tours near you, get a ticket as quickly as you can).  There are also ‘Joseph and His Amazing Technicolour Dreamcoat’s.  And that is very relevant for this latest wonder from his manuscript book.  Because with ‘School of Rock’ Andrew Lloyd Webber has rediscovered his connection with the young.

Many, many years ago now, when he was working with Tim Rice, the two would-be writers were looking for work.  Neither was exactly hard up, coming from comfortable backgrounds, but they were looking for a breakthrough.  They were contacted by a friend working at Colet Court School, a highly posh prep school (catering, in England, for 7-13-year-olds) who wanted a twenty-minute skit on the bible story of Joseph.  The rest, as they say, is history.

A Throwback To Early Successes

School of Rock bears some similarities with that first piece from their Golden Pens.  The children at the Private School which hosts the action share many of the similarities with the hallowed halls of the likes of Colet Court.  These are children for whom success is expected, for whom a special route in the classics, in the traditional sciences, is mapped out from an early stage.  Sport is Rugby and Cricket.  If they are musicians, they will be playing the piano, the violin, the cello.  Electric guitars and drum kits are not de rigueur; indeed, the eccentric is more likely to be wrestling with the harp, the bassoon or the piccolo than the electric bass.

That scenario, really, is the simple story behind the School of Rock.  Drop out musician finds himself teaching music in super posh private school, realizes children are highly talented and enters them in a battle of the bands, where they find their true musical love.  Meanwhile, he finds his own true love, and the children’s parents learn that their offspring are not mini-me versions of themselves.  It is a common enough tale, but it is one that tugs at the emotions.  Racked up to ear-splitting decibels, with genuine, real children onstage, displaying fine musical talents and the story becomes enormously uplifting.

The children are superbly good.  They sing, play and act with enormous talent and seem to be having a great time.  Child actors these days are very, very good especially when seen on the biggest stages.  The smash-hit Billy Elliot is what we have to thank.  Suddenly, there was a realization that a twelve-year-old could carry a show, and we the audience could regard youngsters as more than cute versions of ourselves. Disney-esque gurning and overacting were not the limits of their talents.  Matilda, The Musical took the idea of children doing proper acting further, and the School of Rock reinforces the trend.

But in Lloyd-Webber’s musical, they do not have to carry the show, just enhance it at key moments.  The story is held together by the wonderfully named character Dewey Finn.  He is played by two actors in the current Broadway production.  Justin Collete performs during the evening shows and the equally finely named Conner John Gillooly takes over for the matinees.

Both are exceedingly good.  They are fine musicians and singers who can ensure that the storyline never becomes too saccharine, never a sugary threat to the diabetes sufferers in the audience.  It is a tight line, but the cast and Lloyd Webber just steer the right side, and the show is all the better for it.

The critics have mostly been in favor of the show.  The anti-Lloyd Webber bias that exists on both sides of the Atlantic is occasionally seen but generally, the musical has been judged for what it is; a lively, enjoyable show that offers no mind-bending message, but provides an excellent night out for the entire family.  And there is much to be said for that.

Where To Get Tickets

School of Rock the Musical is performing on Broadway itself, at the Winter Garden theater situated in the heart of theater land.  This large location, holding 1600 theatergoers, is a wonderful old venue, with more than a century of show staging in its locker.

The show is selling well, and the best seats need to be booked in advance.  For those wanting to get a top seat more quickly, Seatgeek.com prices start from $70, rising quite quickly for views closer to the front.  It is worth noting that tickets are also on sale through Seatgeek for the Cincinnati production of the show.  Stubhub prices begin at slightly less, from $50.

As with all older theaters, if you have youngsters in your group, a front mezzanine seat probably offers the best views, but anywhere will still provide a great experience.  This show is much more about big, enjoyable numbers and larger than life characters than nuanced acting, and that can be appreciated as much from the back of the orchestra stalls at the front of them.

We would definitely recommend a trip to see the School of Rock, whether you are a big Lloyd-Webber fan or not.  It provides a great evening out and for those who are not so keen on the superstar composer, perhaps a reason why their opinion might change.