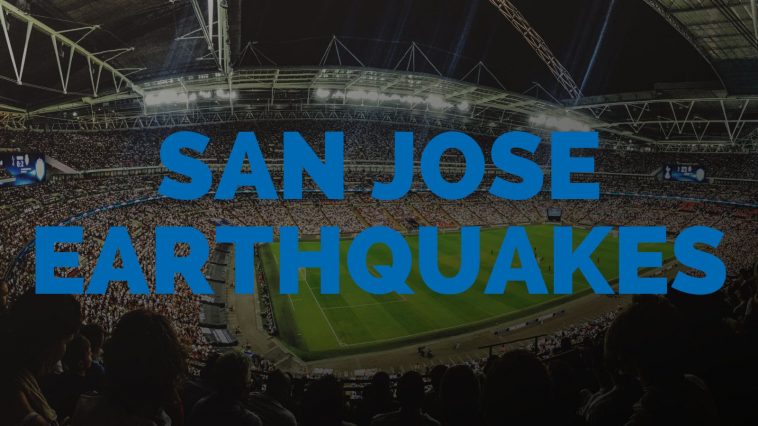 The San Jose Earthquakes are one of several MLS west coast teams that have carried on since the days of the North American Soccer League (NASL) in the 1970s. The club was originally brought into the MLS era as the San Jose Clash as a charter member of the league in 1996 before seeing the franchise moved away to Houston, TX in 2006. Resuming in 2008, the team plays with a Californian care-free swagger that gave rise to the nickname ‘The Goonies’. The club won MLS Cup in 2001 and 2003 and has been home to US legends Landon Donovan, Eric Wynalda, and Brian Ching. But no one better represents the San Jose Earthquakes than California-native, forward Chris Wondolowski, the club leader in goals and appearances.

Avaya Stadium is the home of the San Jose Earthquakes after years of moving around the area. The club’s first soccer-specific ground might have taken two decades to get, but it was worth the wait. Seating 18,000, Avaya is home to North America’s largest outdoor bar and a massive double-sided scoreboard. The TCL 4K Bar measures out to a massive 310 feet long and can serve several hundred patrons at once. The stadium is built with a steep incline to provide great views throughout the ground.

Avaya Stadium is one of the top soccer venues in the United States and has already hosted international matches and legendary teams, like Arsenal from the English Premier League. On one end of the stadium, fans can catch the action at the massive TCL 4K Bar on the Scoreboard Terrance, or at the other end of the ground sit with the supporters’ group in sections 115 through 119 waving flags, singing, and standing. Avaya offers several premium seating options including Suites, Reserved Terraces tables, the Audi Field Club, and access to the Sky Lounge. Compare ticket options and secure your seats for a San Jose Earthquakes match this season.

Note: Children who are under the age of three are not required to have an individual ticket for Avaya Stadium.

Whether you are traveling southbound for a match against one of the Earthquakes California rivals or across MLS to visit one of the new expansion cities, your guide for finding great deals on cheap tickets is here.

While in San Jose for an Earthquakes match day there are plenty of sites to check out nearby the stadium. The Guadalupe River and adjacent Park are just to the east of Avaya Stadium. Or you can check out Santa Carla University’s campus and the Triton Museum of Art just west of the stadium. Interstate 880 runs alongside the stadium area and the Earthquakes facility offers parking on-site. Or you can utilize public transit using the San Jose light rail system (Metro/Airport station) or the free public bus system. Save your appetite for the game, or arrive early, as Avaya Stadium’s TCL 4K Scoreboard Bar is a must-visit for any soccer fan.

With Avaya Stadium being located right next to the San Jose International Airport there are plenty of hotel options in close proximity. The Courtyard by Marriott, SpringHill Suites, and Residence Inn are all within three miles of the ground and are conveniently located near the highway.

The best site for finding cheap tickets for San Jose Earthquakes matches, home and away. Designed with an easy-to-use interface and a variety of options to help you find your perfect seat, whether you are building a weekend trip to San Jose or looking for a ticket on game day. Start planning your trip to Avaya Stadium right now.