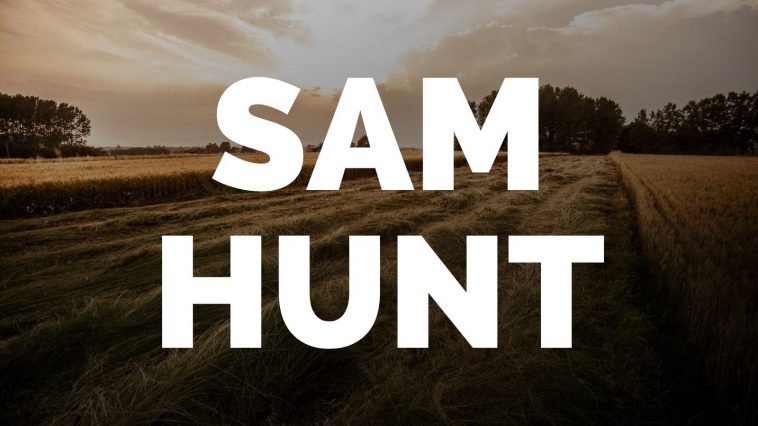 Born in Cedartown, Georgia, Sam Lowry Hunt is an American songwriter known for his incredible vocals and beautiful songs. He was born in 1984. Hunt rise to success has been fast and he has many accolades to back it up. His fans love him too and he has many huge singles that have charted high on the Billboards. Here is your chance to get some of the best Sam Hunt seats out there.

Hunt started becoming interested in music comparably late in his life. He was a football player when he studied at University, He transferred between a few schools but never got to play too much. After practice every day, Hunt started playing around with the guitar for fun. He continued to try to be a footballer but gave it up after trying out for Kansas City Chiefs for two months. In 2008, he moved to Nashville to pursue music. While he was in Nashville, Hunt wrote hit singles for Kenny Chesney, Keith Urban, Billy Currington, and Reba McEntire.

At the beginning of 2014, it was confirmed that Hunt would be releasing music as a solo artist. He released an EP and his debut album later that year. His debut album, Montevallo, broke several chart records. It was even able to gain traction from critics outside the country music circle. It had five singles that did amazing on the charts. He has since won an American Music Award and one CMT Music Award. He also has been nominated for Billboard Music Awards and Grammy Awards.

Hunt has been making headlines with his talented performances. He was nominated in 2018 for a Best Country Solo Performance Grammy. In 2015, Hunt went to London to appear before his fans. There, he performed at the C2C Festival in the beautiful O2 Arena. He loves appearing at different country festivals and was seen at the Rockin’ River Music Festival in 2016. He headlined the Stagecoach Music Festival in 2019 where he performed between Luke Bryan and Jason Aldean.

This is the best time to get tickets if you want to avoid all the hassle and fuss that comes with the process. Every single seat is listed so you know you are seeing the best tickets all in one place. You no longer have to double-check multiple websites just to make sure you are actually looking at the best seat.

The cheapest price available is right above. If you still can’t afford what is listed, you can always consider waiting a little bit and coming back later. A lot of music venues release discounts and deals when the concert date draws nearer. You can grab these tickets if you check the site frequently before anyone else sees them.

Hunt’s story is about an unlikely musician. This shows he has the incredible inherent talent to be able to become successful despite starting so late. His voice and talent for writing songs is a gift no one can deny. Hunt has been quoted to say he enjoys writing music that tackles and fights against country music’s stereotypes. A lot of his songs also use R&B and pop ideas; it allows his music to reach out to a bigger audience outside of just the country scene.

As a performer, Hunt can really sing. He has a voice that is undeniably unique. His voice carries a husky sound that seems to embody rugged and smooth at the same time. He has a gigantic stage presence and is able to connect with everyone in the stadium. His crowds are always energetic and want to have a good time with him. His catchy songs are perfect to scream and sing along to.

This is a great opportunity and you should get your seat today. Hunt’s music taps into a human essence; a type everyone seems to be able to share and love together. There is always a ticket for you at his shows. The best seats to Sam Hunt can be in your hands soon. You have to make the purchase and feel good about it.