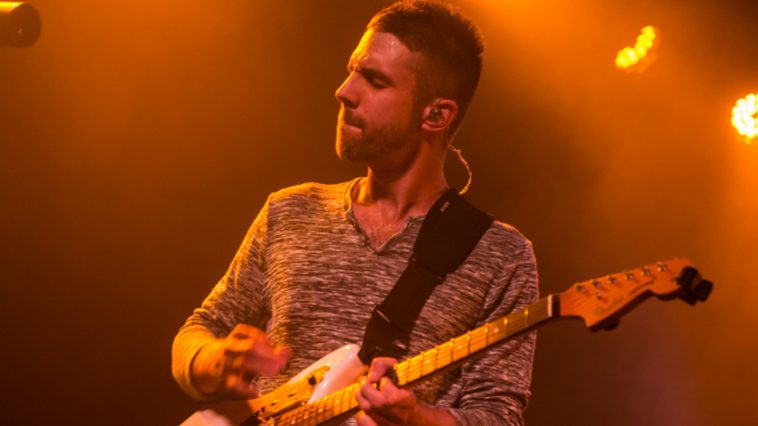 Saint Motel has announced they will perform a tour in support of their new album – “The Original Motion Picture Soundtrack: Part 1”, released on the 16th of October. The tour kicks off the 24th of January 2020 in Santa Ana, CA, features stops in locations like San Diego, Denver, Dallas, Houston, Atlanta, Philadelphia, Washington, New York, Chicago, and Seattle before wrapping up on 8th of March in Los Angeles, CA.

The album “The Original Motion Picture Soundtrack” is crafted after the model of “Hero’s Journey” movie concept, featuring three acts. The album follows the marketing approach used by “The Lumineers” for their album “II” and is Saint Motel’s first studio album since the 2016 “saintmotelevision”. “saintmotelevision”, the first release ever to feature a virtual reality experience for each track, reached #62 on “Billboard 200” and produced the hit single “Move”.

Now, “The Original Motion Picture Soundtrack: Part 1” seems to confirm that Saint Motel has found the recipe for success in a (currently) niche market. Conceived as a soundtrack for a fake movie supposedly also produced by the band, the album is co-produced by A/J Jackson and Mark Needham. The main achievement of the album is the good atmosphere feeling it provides to its listeners, with songs that make the most of everything used in creating them: lyrics, rhythm, instruments, and vocals.

The album’s first track – “Old Soul”, begins with a jazz lounge inspired rhythm and then gradually changes to a soft tone and evolves towards a catchy drum beat. The saxophone you can hear in the background sets the pace for the movie-like structure that can be sensed all throughout the album.

“Sisters” stands as a sample of a masterful mix of old and new, resulting in a song with percussive sound and a modern flavor. “Alone” has a beat similar to “Sisters”, whilst “Van Horn” reminds us of “saintmotelevision”, adding a drop of country to season the main beat.

The ending track of the album – “Save Me” has a slower pace than “Old Soul” and is dominated by A.J.’s vocals that gradually become more powerful and by the solid trumpet that accompanies him.

“Save Me” suggests a call to action vibe, a perfect ending for the debut of the second act of “The Original Motion Picture Soundtrack” album that will be released in the coming period.

You can experience one of Saint Motel’s live performances by getting your ticket for their upcoming tour from multiple tickets sites like SeatGeek and SeatRetriever.

After touring alongside bands like “Arctic Monkeys”, “Weezer”, “Imagine Dragons” and “Band of Skulls”, Saint Motel has identified, entered and now dominates a new musical outlet: virtual-reality experience that accompanies the music. The result is “a bright, dreamy sound that transports listeners to another time and place.”

In 2007, pianist/vocalist A.J. Jackson who was studying at “Chapman University” in Orange, California, has met Aaron Sharp, a guitarist who was also studying film at the same university. Soon after they were joined by Dak Lerdamornpong, a bassist who was working in a nearby restaurant and by Greg Erwin, a drummer from another college close to “Chapman”. The four young men began to compose music together creating a retro, catchy-flavored sound which matched perfectly Jackson’s melodious vocals.

In 2009 they released their debut EP called “ForPlay”. The six tracks of the album benefited from retro videos created by the band with the help of their experience from the film school. The songs which “talked” about love and good times became hits and the band seized the moment by intense touring to consolidate their success. The boys transposed their theatrical experience also in their live shows, which included spectacular stage elements from scene arrangements to shows titles (“The Valentine’s Zombie Prom”).

In 2012 the band released its debut studio album called “Voyeur”, which was well-received by both critics and fans. Two years later, in 2014, after signing a contract with a major record company, Saint Motel released the EP “My Type”. It reached Top 40 in many European charts and the boys embarked on the extensive US and European tour to support it.

In 2015, the band performed at “Coachella Valley Music and Arts Festival” and also at “Piqniq”.

After releasing “saintmotelevision” album in July 2016, the band embarked again on a North American tour to sustain it, with “Hippo Campus” and “JR JR” as supporting acts.

A year later, in 2017, Saint Motel continued their experimentation with new technologies and released an augmented reality version of the album “saintmotelevision”. This was the first-ever VR album released. They also offered fans the opportunity to buy the albums “Voyeur” and “ForPlay” using Bitcoin.