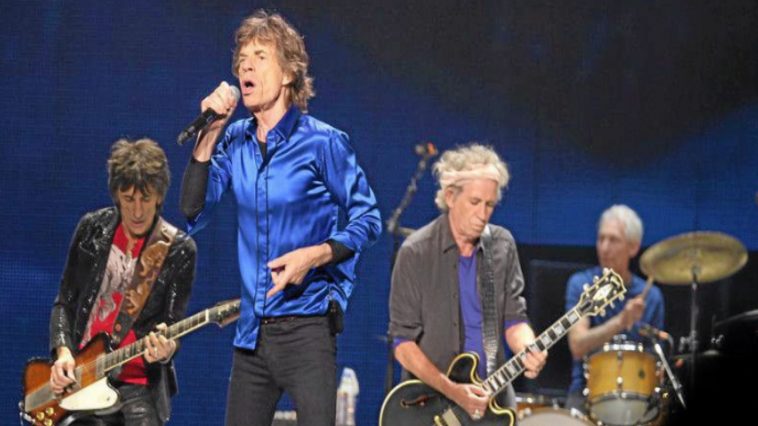 Great news for “Rolling Stones” fans: the legendary rockers will bring in 2019 their “No Filter” tour to some arenas across the U.S. The tour will start on the 20th of April with a performance in Florida, at the ”Hard Rock Stadium” in Miami Gardens, and will finish on the 25th of June in Chicago, with a two-night show at the “Soldier Field”. The band has included these tour stops in locations like Houston, Seattle, Washington, and Philadelphia.

There were no events found for The Rolling Stones.

Tickets have been released for general sale at the end of November and you can get yours on many of the different sites out there. Our favorite is SeatGeek.

“No Filter” is the first live extended tour the band is performing in the U.S. since the “Zip Code” tour, which took place in 2015. Their public appearances in the last years consisted of two live performances in Las Vegas, a show at the “Desert Trip” festival in October 2016, and two private shows held two years ago. But that doesn’t mean the band members have been on vacation during this time. They performed the “No Filter” tour in Europe, with a set of 14 shows in 2017 and another 14 this year.

Stones’ live performances have been always focused on great hits like “Sympathy For The Devil”, “Gimme Shelter” or “Satisfaction”, but lately, they have added to their playlist songs like “Out of Control” or “Play With Fire”, who have the same impact on the ecstatic crowds: everyone is having the best time of their lives. The last album released by this legendary band was “Blue and Lonesome”, a blues covers album, brought to fans in 2016. Their last original album, however, was “A Bigger Bang”, released in 2005. Fans became a bit excited in September this year when Mick Jagger posted on the internet a video with him playing harmonica bits that were indicated as future new songs. Yet, their hope regarding new material release remained, at least until now, unsupported by facts. Although most of the band members are in their ‘70s, they don’t show any sign of fatigue or any thoughts about retiring. In fact, three years ago, Mick Jagger stated that he’s never thinking about retiring, but about the next tour.

At the beginning of their career, the band members of the Rolling Stones brought to the public something they’d never seen before: charisma, power, and lots of talent, all in a band of white musicians who sang the blues in the blackest manner imaginable. The Stones have redefined what rock song, rock singer and rock concert meant before they appeared. The provocation from their songs made Chuck Berry look like an amateur. They had drums, guitar, bass, keyboards, flutes, exotic instruments and a voice that seemed to turn every note into a wild display of passion and energy.

Rolling Stones emerged in the musical landscape of Britain in a time where the bands of pop music were the public’s favorite. While Beatles’ cultural revolt seemed to address more to the middle class, Rolling Stones made their way into the hearts and minds of the underclass, creating a musical ideology filled with chaos, disruption and rules breaking. However, their impact on the history of music was not limited to this. Their biggest achievement consisted of something unheard of the conquest and mastering of black Americans’ music by five white boys from a European capital, who have created a political and mystical blues. See The Stones live by getting your tickets as soon as possible.

Although the beginning of the band was similar to other bands’ start-up, with 5 boys getting together to make some music, their history is anything but a “classic rock band” one. For 56 years, the band (that took its name from a Muddy Waters song called “Rollin’ Stone”) has excited, delighted, energized or shocked its fans, with both its musical and “backstage” life. Rolling Stones performed their first gig in July 1962 at “Marquee Club” in London, consisting mainly in covers of songs played by Bo Diddley and Chuck Berry. One year later, the 19-year-old manager Andrew Loog Oldham landed the band a deal with a record company and changed the band’s name from “Rollin’ Stones” into “Rolling Stones”. The first single released was “Come On”, another cover from Chuck Berry’s playlist.

In 1964, the band embarked on the first U.S. tour, but it was 1965 the year that would transform them into world-known stars. And that happened with the (still) international hit “(I can’t get no) Satisfaction”. The crowds that came to see them perform live began to be bigger and bigger, with teen girls going crazy in the attempt to get closer or to touch the band members. The next year, in 1966, the album “Aftermath” was released and it featured only songs composed by Jagger and Richards, including “Under my thumb” and the hypnotic “Paint it black”, in which the band used the Middle East music instrument called sitar. The song would be “revived” 31 years after its release, by being included in the soundtrack of the blockbuster “Devil’s Advocate”, starring Al Pacino and Keanu Reeves.

1969 was the year in which tragedy hit the band, first by the death of Brian Jones. The behind-the-scene lifestyle of the band was reckless and dangerous: the increasing drug abuse, especially by Jones, determined the band to fire him, leaving him with the option to say to the public that he quitted by personal choice. Two weeks later, Jones drowned in a swimming pool. Two days after his death, the band performed “Stones in the Park”, a live concert played in front of 250,000 fans who gathered in London’s “Hyde Park” to honor Brian Jones. The last album they released in the ‘60s – “Let It Bleed” illustrated the grim feeling and environment of that decade: the violence in the streets, the contested Vietnam War and the general tiredness and pain that everybody seemed to feel, inspired lyrics like the ones in “Gimme Shelter” song: “A storm is threatening my very life today / If I don’t get some shelter, oh, I’m gonna fade away”.

Another tragedy occurred that year: Meredith Hunter, a fan of the band, had been stabbed and beaten to death by the dreadful “Hell’s Angels” motorcycle gang, hired to provide security for a concert near Altamont Speedway.

The next album – “Stick fingers”- came two years later, in 1971 with 2 new super hits – “Dead flowers” and “Brown sugar” being recorded at the “Lynyrd Skynyrd” base. In 1972, an impressive 40.000 fans crowd showed up at the concert the band performed at the “Akron Rubber Bowl” in Northeast Ohio. In 1973, the immortal ballad “Angie” was released as part of the “Goats Head Soup” album, which reached No. 1 in the UK and US and, just like in 1967, Keith Richards, alone this time, was arrested on drug use charges. His retention in jail forced the band to reorganize the tour in progress at that time and to skip Japan from their itinerary.

1975 was another important year in Stones’ history: they’ve reached a new milestone when 80,000 people assisted at the concert they performed at the old “Cleveland Municipal Stadium”, they’ve said good-bye to Mick Taylor, unhappy with the increasing drug abuse of his bandmates, and especially of Keith Richards and with the fact that his contribution to the band was ignored, they’ve welcomed Ronnie Wood as a replacer for Taylor and they’ve released their famous lip logo.

In 1982, to celebrate 20 years of career, the band performed a live tour in Europe. The same year,  Jagger signed a solo deal with a record company, which intensified his battle with Richards. It took them almost 7 years to put their differences aside, as in 1989 the band was inducted in the “Rock and Roll Hall of Fame”, an event celebrated also with the release of a new album in which Jagger and Richards wrote songs together again.

Although in the ‘90s some critics began to call the band “the rock relics”, the musicians found new ways to remain in the public’s attention: their 1994 album “Vodoo Lounge” won the Grammy for “Best Rock Album” in 1995, with the video clip of “Love is strong” being aired by MTV around the clock. 1994 also showed the public that the Stones kept the pace with modern technology, when they became the first musicians to broadcast a performance over the internet.

The “Forty Licks” album, released in 2002 to celebrate 40 years of activity gathered 500,000 fans at a concert in Toronto, making it clear for everybody that these “old rockers” still had it. Ten years later, in 2012, they marked their 50th anniversary with a book called “50” and HBO network created the “Crossfire Hurricane” documentary, which showed the history of the band. And, as already mentioned, the band continues to tour, showing no signs of fatigue and no thoughts about retirement.

Just looking at some of the achievements listed here, you cannot help wondering, which one is their greatest? Is it their huge amount of records sold all over the world? Or maybe their longevity, despite their troubled history? Maybe the state-of-the-art of their music? Or the “bounce-back” power they’ve shown throughout the years? Maybe one of them, maybe all of them, depending on what you appreciate most in music and in a music band. But despite the differences the public may show in their opinions regarding why the Stones are sooooo big, one thing is sure: one of their greatest achievement remains the reinvention of music and perception about music. Because before they showed up, the racism of the ‘60s imposed the separation between black and white even in music. After they came along, blues became something that white men could not just sing, but could lift to new levels of mastery.

After “Rolling Stones”, the entire rock music and Western civilization have changed. Forever.

So, if you want to see live these music history makers, you can get your tickets from tons of different resellers sites.