Knowing when the best time to buy tickets to an NFL game can make a world of difference. Not only can you find better seats if you buy your tickets at just the right time, but you’re also more likely to save money. While there isn’t a precise science to timing your NFL ticket purchase, there are a few tips that you can take into account to make sure that you get great seats and don’t spend too much money on them. Here are our top five things to take into account when considering when to buy NFL tickets.

1: Who is playing? Some teams tend to sellout with regularity, while other teams struggle to fill up their stadium. This can change from year to year, of course, but there are a few perennial favorites that never seem to be unpopular. The Green Bay Packers and the Washington Football Team both have very long sellout streaks, and even if the team is not doing well during a particular year, they have a rabid fanbase.

That’s something that you need to take into account, too. Some teams have a national fanbase and will attract fans no matter where they play. The Dallas Cowboys and the Pittsburgh Steelers fall into this category. Even if they are playing on the opposite side of the country, there will be fans at their games.

What does this have to do with when to buy tickets? Well, the more popular the teams playing, the sooner tickets will sell out. However, that doesn’t mean that tickets are not going to be available. Buying tickets on a third party site like SeatGeek or StubHub will still be possible. Depending on how the teams are doing and what point of the season you’re at, you can still find tickets up to a few minutes beforehand. For a regular-season game, ticket prices will continue to drop up to a few hours before kickoff. If you can bear to do so, waiting until the last minute to buy tickets can save you some cash.

2: Is this a postseason game? The above rule does not apply to the playoffs or huge matchups. In fact, even though playoff tickets don’t go on sale until a week or so before the game, ticket prices will continue to increase up until the last moment. The sooner you buy these tickets, the better. Your first priority will be to try to buy tickets through the original vendor. If this doesn’t work, then check out the third party sites the moment that tickets are released. Sometimes, people attempt to re-sell tickets to make a profit. You’ll pay more, but the longer you wait, the larger this price tag will get.

The general rule for postseason games is: if you find tickets, get them. These tickets will sell out, and they will keep rising in price, up until there are no tickets for sale. The sooner you can get tickets, the more money you will save. If there are specific seats that you’re looking for, be prepared to pay a lot. However, a postseason game is an incredible season, so it will very much be worth the cost!

3: Is this a primetime game? Sunday and Monday night games are always bigger sellers than afternoon games. It doesn’t matter who is playing these games, they will sell out fast and the after-market for tickets will be expensive. Like postseason games, prices tend to increase even up until the point of kickoff just because the demand for these tickets is so high. Follow the games on SeatGeek, StubHub, or whatever other sites you like to use, and track prices for a while. You will notice that ticket prices tend to hit their lowest point somewhere between two and four weeks before the night of the game. This is the best time to buy tickets for these games most of the time.

4: Do you care about your seat location? If you want to get great seats, then waiting until the last moment is not smart. You will still be able to find tickets, but they aren’t likely to be the ones you want. If you’re concerned about your seat location, then you should start looking for tickets about six weeks before the game. Prices will still be a little high at this point, but this is the timeframe where people who realize that they can’t go to a game begin to list their tickets. For the next couple weeks, watch the listings on the third party sites. As new tickets come onto the site, prices will start to drop. About three to four weeks before the game will be the prime time to buy premium-level seats at the cheapest price.

Some sections tend to be re-sold more than others. If you’re interested in a certain section at a stadium, checking out many different websites will be necessary so you can give yourself the best chances of finding what you’re looking for. 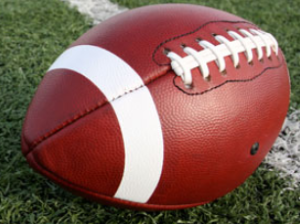 5: Can you afford to be patient? The general rule that was mentioned above is that ticket prices drop as it gets closer to game day, but that isn’t always the case. Even with the above-mentioned exceptions, there are other instances where waiting just doesn’t make sense. For example, if you know that you’re bringing family or friends to Seattle and you want to catch a Seahawks game while you’re in town, it’s far better to plan ahead than it is to wait until the last moment. The extra price that you might end up paying is worth it if it solidifies your plans and guarantees that you’ll be able to catch the game.

Also, there’s no guarantee that prices will drop as it gets closer to the game. For example, if the Buffalo Bills start winning games against tough opponents halfway through the year, demand for tickets is going to increase, especially because this team hasn’t made the playoffs with regularity over the last several seasons. When a team starts performing at a high level, demand goes up. Ticket prices will climb rapidly in these instances, and the plan that you had made to wait until the last minute and catch a great deal will backfire horribly. Sometimes, you can’t afford to wait.

Unfortunately, there’s no great answer for when the best time to buy NFL tickets is. It’s something that needs to be addressed on a case by case basis. Hopefully, this brief guide has helped and you know what to look for the next time you’re looking to catch a game. Don’t forget to check out a number of different sites before finalizing your purchase so you can save even more cash on the best seats possible.