Unfortunately, there’s not an easy answer to this question. It really needs to be taken on a case-by-case basis. And it depends on the site that you’re going through, too. Here, we have put together a brief guide to help you get the best seats at the best prices for the best concerts.

Depending on the type of ticket site that you are looking at, you will find that there are different ways of pricing tickets. The most common method is that the individual selling the ticket picks their own price and then the site tacks on a service fee. With ticket exchanges, this is commonly used, although the fee that you will see varies depending on certain factors. The other type of site that you will see is an aggregator, where the ticket site looks at a whole bunch of other ticket sites to give you the data that you are looking for. An example of a ticket aggregator would be SeatGeek, while an example of an exchange that is commonly used is TicketNetwork. 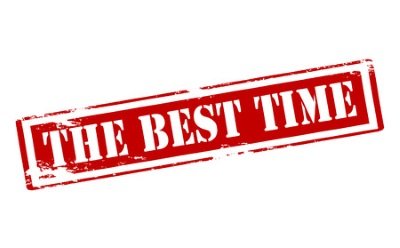 Now that we have the basics of where to buy tickets out of the way, we need to focus on when. This isn’t an exact science, please remember, but there is a lot of worth in looking at what averages and statistics say. These apply to the majority of cases, but certainly, you will stumble upon exceptions, especially if you buy tickets often. But for now, this is the method that is most likely to apply to your situation.

Some resources have mentioned that the mathematically best time to purchase tickets is about a month after they go on sale. Some people believe that the best time to get your tickets is a few days—or even a few hours—before the event itself. At this point, people are desperate to make some money back on their investment and they’re willing to slash prices just so they aren’t hit with a huge loss. But that seldom happens with frequency. Instead, individuals looking to unload their tickets can often make a quick buck by raising prices because the people that are looking to buy tickets right before a concert are far more likely to spend that money because they think this is their last chance to get seats. And they are right!

So how does this help you? Now that tickets are sold out, people who have tickets might be worried that they will not make any money off of the ones that they had bought, but can now no longer use. They want to get rid of them quickly. And because it is early in the process, they are worried that if their tickets sit too long, they never will sell. So they lower their prices, and you benefit! The same math that was used to support the one-month waiting period before buying concert tickets online also stated that tickets were cheaper at this time if the show was sold out, too.