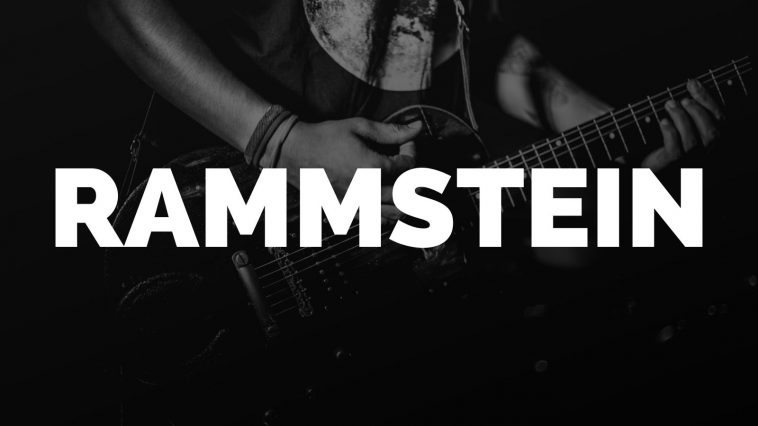 Rammstein is a German metal band which formed in 1994. The band’s original lineup has remained solid since they go together; Till Lindemann is the lead vocalist, Richard Z. Kruspe plays lead guitar, Oliver “Ollie” Riedel is on bass, on rhythm guitar is Paul H. Landers, the keyboardist is Christian “Flake” Lorenz, and Rammstein’s drummer is Christoph “Doom” Schneider. The band has also collaborated with the German female singer Bobo on a number of tracks to serve as a light contrast to Lindemann’s deep, dark baritone. Most of the group’s songs are in their native German, but sometimes the band will perform songs with English, French, Spanish, or Russian Lyrics. Unofficially, Lindemann has covered the Russian metal group Aria’s track “Shtil”. Before we continue, we want to show you some of the best tickets for the next Rammstein concert. You have a chance to get some of the best seats in the venue.

The band started to take shape when Krupse moved back to eastern Germany after having escaped to West Berlin before the fall of the wall in 1989. Kurpse lived with Oliver Reidel and Christoph “Doom” Schneider, who were both in other bands at the time, the Inchtabokatables and Die Firma respectively. Lindemann, who was playing drums in another group, was convinced to join what would become Rammstein when Krupse heard him singing while he was basket weaving, his day job. The band, taking a page out of Led Zeppelin’s book, was originally called Rammstein Flugshau (Rammstein Airshow), in reference to the disastrous mid-air collision of Italian pilots which killed 70. This was of course shortened to Rammstein.

When the band won a contest in 1994, they were awarded studio time. Before recording they poached the final two band members, Landers and Lorenz, from Feeling B. “Herzeleid”, the resulting album, was released in September 1995. The title translates to heartache in English and the lead single of the album “Du Richest so Gut” means you smell so good. The original cover portrays the band shirtless in from to of a blossoming orange flower. The album inspired members of the German music press to come up with a new sub-genre to categorize the new band’s sound. Neue Deutsche Härte (New German Hardness) combines alternative and groove metal’s guitar phrasing with electro-industrial and techno beats.

A journalist for the New York Times wrote about Lindemann’s stage presence in 2005, saying, “Mr. Lindemann gave off an air of such brute masculinity and barely contained violence that it seemed that he could have reached into the crowd, snatched up a fan, and bitten off his head.” Rammstein is known to incorporate lots of Pyrotechnics into their live shows. Not surprisingly, band members appear in metallic outfits, sometimes accented with what looks like oil grease and blood smeared on their faces and limbs. Band members will also wear themed costumes for some performances. After an incident at the Arena Berlin in 1996, the band began using professional pyrotechnics to arrange their effects, and Lindemann became registered as a pyrotechnic himself.

Initially Rammstein’s touring was confined to touring Germany, Austria, and Switzerland, but has since gone worldwide. They have performed in venues across the globe such as Madison Square Garden in New York, the Gold Coast’s Big Day Out Festival, the Globe Arena in Stockholm, and the Palais Omnisports de Paris-Bercy. Musicians Rammstein has performed with live on stage include Bobo(lina), Moby, and Apocalyptica. The time is right to purchase tickets to see Rammstein burn down the house.

Till Lindemann is a complicated lyricist who ranges from the most base topics to high literature. Rammstein songs focus on anything from sadomasochism and cannibalism to Wolfgang von Goethe’s early poetry. The explicit content of Rammstein’s work has incited critics to come after them on moral grounds. Rammstein stars into the skid, not shying away from potentially sensitive subjects like Germany’s military past.

This is the best time to buy Rammstein tickets. You won’t want to miss this live act near you. Be on the lookout for the best seats in the listings above. If you have any questions you can contact us for more information.