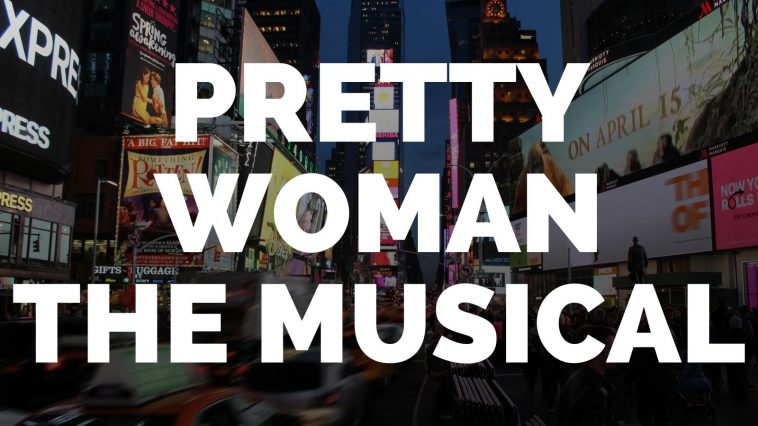 Pretty Woman: The Musical is the stage production of everyone’s favorite 90’s romantic comedy by the same name. Taking place in Hollywood, it’s the story of Vivian, a spunky, beautiful call girl who is hired by wealthy, refined, and emotionally closed-off Edward to act as his escort during a week of work events in the area. Despite their vastly different backgrounds, sparks fly amidst elegant gowns, shopping sprees, and champagne as they explore whether two very different people have a shot of being together in the real world. This is the best time to buy Pretty Woman The Musical Tickets. Don’t miss your chance on getting the best seats in the venue.

A perfect addition to the early nineties set, the original musical score and lyrics of the show are written by Bryan Adams – king of ’80s and 90’s sentimental ballads, and his songwriting partner Jim Vallance – formerly of the band Prism. The upbeat and heartfelt songs accompanied by a nine-piece orchestra will bring audiences back to the salad days of adorable romcoms. Just don’t expect to hear the strains of the classic “Pretty Woman” – it didn’t make the cut for this production.

Experience the nostalgia and excitement of reliving the most adorable who-saved-who romances of the last thirty years by purchasing cheap tickets to Pretty Woman: The Musical. Check back often to get the best deals and exclusive offers so you won’t miss out on the performance when it comes to town! Make sure you get the one-of-a-kind experience of seeing Pretty Woman: The Musical live.

What Makes it Special

For fans of the 1990 film, this performance will be precisely what you love and then some. Almost no changes were made to the movie – even up until several parts of the dialog and the costumes. It’s a chance to relive the charming meet-cute that made us all fall in love with Julia Roberts. Vivian’s character shines brightly despite her life on the boulevard, and her companions from the streets provide interesting and lively characters to the story as well.

Several decades later, with the greater social consciousness of women’s autonomy, the show does a good job of giving Vivian’s character more self-determination than in the film. Anyone who struggled with the concept of a romance born from such unequal circumstances in the movie might come away from the musical feeling a bit better. Although all the elements that make the story so cute in the first place remain, for better or worse.

The best variation from the film, however, is the addition of the wonderful music reminiscent of the late ’80s by Bryan Adams and Jim Vallance as well as the dance numbers choreographed by Jerry Mitchell – two-time Tony Award winner and choreographer of Kinky Boots, Legally Blonde, and Hairspray. What could be better than watching a beloved romance unfold while combined with catchy and eye-moistening musical performances?

Pretty Woman: The Musical performances take place in the historic Nederlander Theatre in New York’s Theatre District. In a smaller, intimate theater, there are few seats that don’t offer a good view, however, space is at a premium. Long-legged theatergoers should try to nab Row A in the Orchestra section or Row ! in the Mezzanine as well as corner seats anywhere in the theater. For the best seats for your money, purchase in Upper Orchestra, Rows L-O or Mezzanine, Rows A-E to have a great view of the stage without breaking the bank.

The Pretty Woman: The Musical Experience

Even though it’s a story you might know well, you won’t want to miss the magic of this on-stage, musical production. Experience the sweetness and 80’s nostalgia of the charming modern-day Cinderella story that is Pretty Woman: The Musical by purchasing the best tickets now from the listings above. Don’t miss out on some of the best seats by waiting too long.