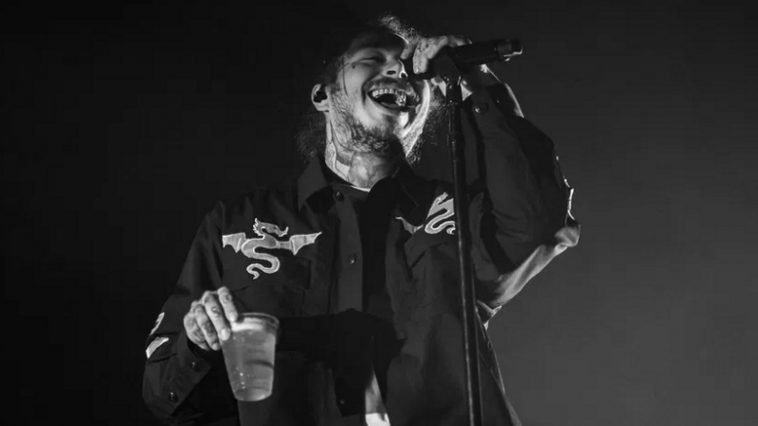 Post Malone is currently embarked on a fall tour across North America and will perform live in several locations until the 20th of November. Starting on the 14th of September, “Runaway Tour” brings the rapper to fans alongside Orland MC Tyla Yahweh and Swae Lee.

Post Malone has released on the 6th of September his third studio album called “Hollywood’s Bleeding”.

One of the already famous tracks included in this album is “Sunflower”, a song that features Rae Sremmurd’s Swae Lee and that was included on the soundtrack of the movie “Spider-Man: Into the Spider-Verse”. With a presence of 36 weeks in the musical charts, “Sunflower” can be heard several times throughout the film, being sung also by Spider-Man.

On “Take What You Want”, Malone picks up majestically the rhythm from Ozzy Osbourne, whose vocals don’t seem to have aged at all and a sensational guitar solo adds the final touch to this hard-to- forget-anytime-soon song. The album has contributions in lyrics writing from Kanye West (for the track “Internet”), Emile Haynie and Father John Misty for the track “Myself” – a song that highlights the determination to not slow down so all the benefits of fame can be savored properl. “Allergic” sounds like a symphony with a pop-punk beat, fragments of harmony and a chorus that seems a fusion between Billy Joel, Fall Out Boy and Weezer.

“Circles” creates a serene atmosphere thanks to Malone’s singing (instead of his usual rapping) about a common theme: love, and more specific, love that starts to fade. The opening track describes the vampire-style culture of Hollywood, whilst “I’m Gonna Be” sounds like your regular “be yourself” inspirational anthem.

Overall, Malone’s third studio album is filled with contradictions that will be enjoyed by the rapper’s fan base. If you want to see Post Malone perform live tracks from his new LP, you can get your ticket for his coming performances from sites like SeatGeek and other marketplaces.

Born Austin Richard Post on the 4th of July 1995 in Syracuse, New York, the rapper has been introduced to music by his father, whose musical taste included rock, country, and hip-hop. Malone decided to learn how to play the guitar when he was 14 after he saw the “Guitar Hero” video game. When he was 16 he made his first mixtape called “Young and After Them Riches” with the help of a digital audio editor.

After dropping out of college, he moved to Los Angeles to pursue a musical career, accompanied by his friend (a professional game streamer) Jason Probst. He gained popularity in 2015 after the release of the song (and corresponding video clip) “White Iverson”, which collected more than one million views in a month. The same year, the rapper signed a contract with a record company. Later he met Kanye West during a party and together they released West’s single “Fade” included on his album “The Life of Pablo”. Malone then collaborated with other famous rappers such as Young Thug and

After releasing on April a new song titled “Go Flex”, Malone issued in May “August 26” – full-length mixtape and performed on “Jimmy Kimmel Live”. 2016 was also the year when the rapper released the album “Stoney”, which debuted at Number 6 on “Billboard 200”. The album included the track “Congratulations” (featuring Quavo) which turned into a hit. Malone delivered new material in 2018 when he released the track “Psycho” alongside Ty Dolla Sign. This song also became a hit: after debuting at Number 2, it reached position 1 on the “Billboard Hot 100” chart. The full-length, long-awaited album arrived on April 2018: “Beerbongs & Bentleys” achieved high sales in countries like UK, Mexico, and Switzerland, whilst in United States, Canada, and New Zealand it received double-platinum certifications.

Malone often cites Bob Dylan as one of his major influences, considering him a “genius”. A fan of