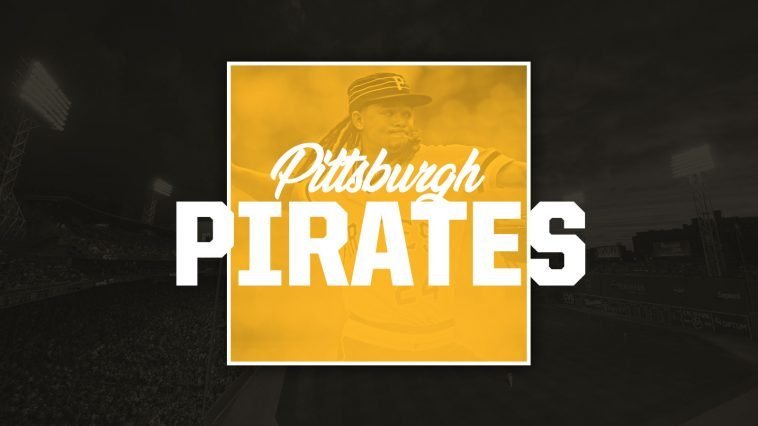 One of the best stadiums to watch a major league baseball game is in Pittsburgh. That’s right, you can watch some great baseball over the course of about 7 months with some top-notch Pittsburgh Pirates tickets. There is a lot of sports happening each year in the Pittsburgh area, but the Pirates are the game in town during many of the months of the year. Our goal is to help you find the best seat, tell you when the best time to buy Pirates tickets is, and plenty of other information to make your experience great.

Listed below are tickets for the upcoming games. Some tickets will be home while others will be for their away games. No worries. Select the Load More button below the listings and you will find tickets for every Pittsburgh Pirates game there is.

There are times that are better than others when it comes to buying baseball tickets. Our goal is to help you pick better times to buy than when not to buy. There are a few things we’ve learned over the years in terms of supply and demand leading up to a game.

Picking the game you want to see will be the biggest determining factor of price. If the Pirates are playing the Phillies, you will most likely pay more than a game against the Texas Rangers. The more interest will be hard to figure out pricing unless you watch several sections leading up to the game.

Give yourself around three weeks at least to start looking for tickets. You may find that prices will move up or down in certain areas. If you see ticket prices starting to drop you’ll be in great shape. This will allow you to sit a little longer and wait for the price to drop. However, if you see the price go up around this time, you could be in for a bumpy ride. Take action if you really want to go and don’t ruin a good experience.

Also, the day of the week will be a big determining factor. A game on a Tuesday night may not have the same amount of spectators looking then on a Saturday night.

Between bigger games, with bigger teams, and the day of the week all in consideration, we think you get the point of how you can save money. The best time to buy baseball tickets will always be in question, but don’t give up on the process.

Where to Sit at PNC Park – (Seating Chart Ideas)

There are many ways of taking in a Pittsburgh Pirates game at PNC Park. We want to go over some of the different sections you should think about before purchasing your tickets. Assuming you have the right budget, the experience will come in scales as you get closer to the action. Try not to settle for a faraway seat when you can spend a few extra dollars to get close to the game. We will do our best to break down some of the sections you should consider.

Field Level – The field level is pretty much everything in the 100 section. The seats will go around the whole stadium keeping you closer to the action. Obviously, there are seats that are better than others but these are the seats you want to be in whether it’s behind a dugout or home plate.

Club Seats – You can find club seats all around PNC Park. However, the Hyundai club seats are considered the best in the building. They are the club seats right behind home plate that will give you all the great views of the action. You have access to concierge service, a private street-level entrance, and all-inclusive food and drinks.

Bleacher Seats – Although these are bleacher seats in the majors you do have access to some fun activities. Being in the outfield could allow you to catch some home runs. It’s a pretty cool vantage point when watching a game. You’ll spend a little bit less than most field-level seats but these are way better than the upper deck.

Pittsburgh Baseball Club – There are plenty of amenities that go along with the Pittsburgh baseball club level. You’ll have access to several clubs around the park as well as upscale food and drink offerings. You’ll have less wait for restrooms and concessions as well.

Grandstand Level – These are the upper deck that we suggest you avoid if possible. If you are a large group or on a tight budget then it’s okay to sit in the grandstand level. Just remember that your seats are very far away from the action and it’s really hard to take in the game.

Suites – There are tons of seats at PNC Park. If you get access to one of these then you’ll be in great shape. Tickets for these locations will probably come in larger groups. You will have access to things like private restrooms, bar top seating, and concierge service.

Other Sections – Several other sections to consider are the World Series Suites, Game Day Suites, The Rooftop, Miller Light Skull Bar, and the Jim Beam Porch. All of these other sections can be taken into consideration if the price meets your budget.

There are several parking lots around PNC Park that you can consider. Depending on the time of day the game occurs will depend on how much you pay. I game during the work week will be more expensive since there are fewer parking spots available. However, a game at night or on the weekend will be a little bit less and you can pay as little as five dollars. Be ready to spend around $20 to park your car.

Some people are in favor of getting food at the ballgame. Yes, it’s great for a snack and a beer but you might want more of a meal and we have some options for you. You can check out the North Shore Tavern for some burgers and surf and turf. Casual style with plenty of beer options for you to drink. you can also check out Mike’s Beer Bar. Like the name says, you have access to plenty of beer options before or after a game.

What Kinds of Tickets?

We get asked all the time what is the best way to get tickets for a game. Obviously, if you want to just go to one game you should use one of the major third-party sites out there. These sites will give you access to plenty of tickets for the game you choose. However, if you plan to go to more than a few games a year you might want to consider some other options as well. Check out the list below and let us know if any of these meet your needs.

Season Tickets – If you thought about buying season tickets in the past, well now is the time to do it. You can gain access to Pittsburgh Pirates season tickets for a decent investment amount. If you plan to go to more than a few games a year this is a great way to potentially make some money if the team is having a good year. You can sell the tickets to the rest of the games you don’t get to or send them to friends or customers. At the end of the year, you could end up in a breakeven situation for the games you attended. Yes, it’s a bit of a commitment but you can choose which game to go to.

Group Tickets – Another option you have available to you if you want to go to more than a few games a year is group tickets. Major league baseball teams all create packages for families and other spectators to allow you to pick several games throughout the year. Unfortunately, you won’t get to pick the exact games and dates that you get to go to but as long as you check your schedule you can still enjoy several games throughout the year. Usually, the tickets are a little bit less expensive than when you buy a single-game ticket.

Last Minute Tickets – Whether you’re a single spectator or just a fan that wants to go to the game at the last minute you still have that option. If you look around at a lot of major league baseball parks there are always plenty of seats available. This is your chance to literally walk up to the stadium and purchase your tickets from one of the third-party sites like SeatGeek. By buying tickets at the last minute you can even save money.

Pirates History in a Brief

The Pittsburgh Pirates were established in 1882. They have been part of the National League and I’ve been in both the Central and East divisions. They have nicknames such as the Bucs and Buccos.

Currently, the Pittsburgh Pirates have five world series titles. The last one occurred in1979. They also have nine National League Pennants and several playoff appearances.

Some amazing baseball players have come through the Pirates organization. You have players such as Honus Wagner, Roberto Clemente, Paul Waner, Willie Stargell, Ralph Kiner, and Danny Murtaugh.

Time to Get Out There

There is no better year than now to head out to a Pittsburgh Pirates baseball game. You have many different ways of getting tickets and saving money. As long as you follow some of the things we mentioned above you can get tickets for fairly cheap and enjoy your experience. Always look to upgrade your seats if possible to make your game that much better. We highly recommend you stay at the field level or even better behind home plate. Depending on the number of people that you plan to go with should allow you to figure out a good budget that meets your needs. If you have any questions about purchasing Pittsburgh Pirates tickets you can always contact us.