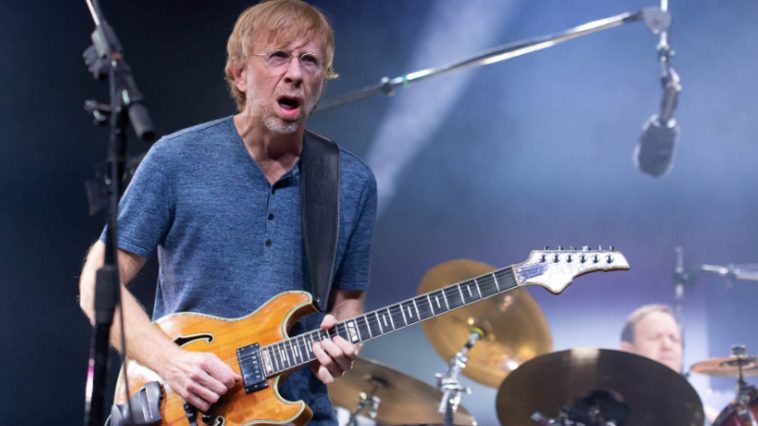 Phish, the veteran jammers, are offering their fans an unforgettable live experience through a series of concerts already started, that you can enjoy until the beginning of November.

Their coming gatherings with the fans include also a performance at the “Curveball Festival” in Watkins Glen, New York in September. After that, Phish will resume their nationwide tour in October with shows in locations like Nashville, Hampton or Chicago. The “boys” will end their tour in November with a 4-nights performance at the “MGM Grand Garden Arena” in Las Vegas.

Phish The Greek Theatre at U.C. Berkeley - Berkeley, CA
From $293

Phish The Greek Theatre at U.C. Berkeley - Berkeley, CA
From $293

Phish The Greek Theatre at U.C. Berkeley - Berkeley, CA
From $267

You can get your ticket for one or more Phish shows.

Phish was formed in 1983 in Burlington.

Ernesto Giuseppe “Trey” Anastasio III, a student back then at the “University of Vermont” started to play the guitar with Jeff Holdsworth. Jon Fishman, also a student who was playing the drums in his dorm, joined them later that year and so they began playing together. Another drummer, called Marc “Daubs” Daubert, became a member of the group, alongside Mike Gordon, that entered the team after answering a flyer that was seeking a bassist. Their first appearance before an audience didn’t go too well so after just two songs they have been replaced with the album “Thriller” of Michael Jackson,  played on a stereo.

The first studio album of the band was “The White Tape”, they started to tour live and in 1991 they signed their first contract with a record company. After 4 years of intense touring, the band began to take annual breaks from live performances. 2004 was the year they sustained a farewell show at a festival in Vermont. Yet, in 2009 they were back with three shows, all sold-out, at the “Hampton Coliseum” in Virginia. They started to tour again and by the end of the year they released the first studio album in years, which debuted as #13 in “Billboard Top 200”. From then on, they continued to tour on a regular basis and appeared also on other events and even at their own festivals.

With 14 studio albums released (2016 “Big Boat” is the most recent) and more than 1,600 concerts performed, Phish has become over the years a synonym to providing an unforgettable live experience to any of the fans who attend their shows. But it’s not just going to a concert. Phish fans belong to a community. A community that is swept away by the 20 minutes jams, by the no-songs repeated formula the fans can enjoy even in consecutive nights of the same show, by the light shows, by the active involvement of the audience in the show, by the acapella versions of other bands’ immortal hits or by the creative props that appear on stage every night. Phish has the amazing gift of making people want to attend not just one or two of their live performances, but sometimes even seven or ten! The experience they provide to fans is a bit like the one offered in the past by “Grateful Dead”, a band that fans used to follow on tours from city to city.

Phish members manage to attract fans because after more than 3 decades of activity they can sing the same song in a different key and a different rhythm, always inspiring a different mood to its fans. According to the participants, either first-timers or dedicated fans, what they experienced beyond anything during Phish concerts is a feel-good vibe. And obviously, they want to experience it over and over again. People attend a Phish concert because they get in the mood for dancing, cheering, and just enjoying that moment in time, in which it seems that nothing else in the world matters.

As a journalist said, going to a Phish concert is like watching the Manhattanhenge: twice a year, all New-Yorkers are gripped by a feeling of serendipity, as if everything has finally come in its right place and all that people have to do is to enjoy that feeling.

If you want to experience an amazing musical live performance, you can see Phish by getting your tickets.