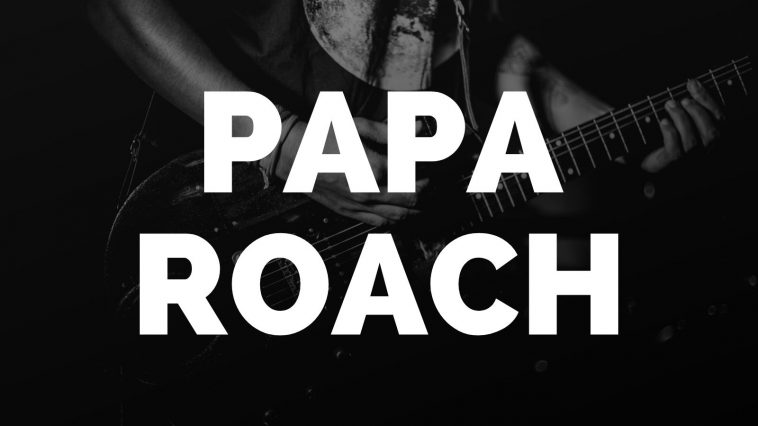 Starting in Vacaville, California, Papa Roach was formed by Jacoby Shaddix, Jerry Horton, Dave Buckner, Will James, and Ben Luther. Most of them were in high school and the band was founded in 1993. The band is considered to be one of the most popular bands in the alternative rock and metal genre in the early 2000s. At first, the band was remembered for their rapping that was sung over heavy rock music but has since changed their style. Listed below are some of the best tickets for a Papa Roach concert that exist. Do your best to get the best seats in the venue.

Papa Roach with Falling In Reverse, Hollywood Undead, and Escape the Fate Propst Arena at the Von Braun Center - Huntsville, AL
From $53

The five members all met each other in surrounding high schools and decided to form a band. Their first musical live performance happened in a talent show. Since then, they became addicted to touring and would try to find gigs to perform constantly. They went through a few member changes because some people could not support their passion for touring.

During this time, they released a number of EPs that made some noise in the music community. They started to be able to support musical acts such as Incubus. Their fourth EP was the last EP they would release independently and they signed with a record label where they would release their first album. Their debut album was a commercial success, and they started to tour with famous musicians like Limp Bizkit and Eminem. They would become even more famous when they released the single “Scars” from their third album. That song was extremely popular and was even certified Gold by the RIAA.

Their music has been used in movies and video games. The single ‘Blood Brothers’ appeared on the popular skating video game Tony Hawk’s Pro Skater 2.

Papa Roach’s extremely quick rise to fame was a worldwide phenomenon. Their love for touring started out early and they continued to be ambitious with their touring schedules and locations. They toured in the UK as early as the year 2000. They were a frequent participant in the Van’s Warped Tour and the Anger Management Tour. Since then, the band has toured with the Guns N’ Roses and has even co-headlined tours with Linkin Park

Papa Roach loves to play in festivals and tours with a large number of bands. They go all around the country so keeping up with their tour dates can be annoying for anyone. Solve your problems and put all their tour dates in one place. You won’t have to feel scared about missing out on a tour near you anymore.

The best ticket prices are immediately here when they are announced. Sometimes these tickets are only released when the concert date is near. If you do not want to miss out on rocking with Papa Roach, you should try to check out the listings above regularly and early so you can find tickets that are the right price for you.

People fall in love with Papa Roach because their music is very raw. Their songs are honestly hardcore and remind people of the meat and potatoes of why they love this genre. Shaddix has a voice that seems to be cracking when he raps, screams, and sings that a lot of people have fallen in love with. Their music has a lot to do with someone falling into pieces and many people can relate.

A lot of the performances they perform at are in outdoor festivals. Their music creates such electric energy with the audience; a lot of the audience will create dancing circles. You will feel the raw power of their music shake under your feet. They draw in huge crowds so you should try to arrive early at the festival if you want to see them play up close and not have to stand far away.

A Band You Should Not Miss

Their hardcore attitude has helped them rise to fame quickly. They continue to release catchy singles that can be heard on the radio. They love to rock and this is their dream.

The band has not stopped touring and continues to inspire new people to become fans of the band. They have over ten full-length albums which show their large history. Each album attracts new people to listen to them. This is the best time to buy Papa Roach tickets. Get the best seats including some VIP options at each venue.