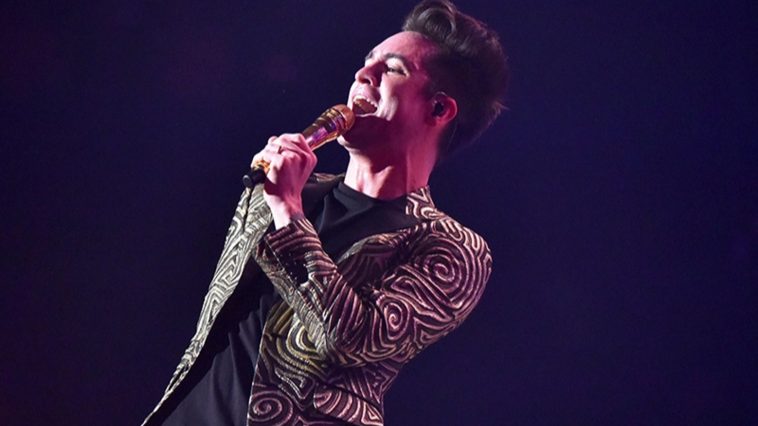 Panic! At The Disco has announced they will hit the road for a North American tour.

Tickets for the tour have released for general sale on the 30th of March 2018. The boys from Panic! At The Disco will be touring alongside A R I Z O N A & Hayley Kiyoko in 28 locations.

There were no events found for Panic! At The Disco.

The tour will kick off in Minneapolis on the 11th of July 2018 and will stop in important locations such as Detroit, Chicago, New York, Boston, or Philadelphia, before concluding the tour in Las Vegas on the 18th of August 2018.

You can get your tickets by accessing the SeatGeek Review page.

About the making of this album, the frontman Brendon Urie said: “‘Pray For The Wicked” is my “thank you” to our fans and the most fun I’ve ever had making an album.”

The band released during “Saturday Night Live” the rather aggressive music video for “Say Amen”, directed by Daniel “Cloud” Campos and Spencer Susser. The video is part of a trilogy, completed by singles “This Is Gospel” and “Emperor’s New Clothes.”

Panic! at the Disco is a pop-punk/emo/electronica/rock band founded in 2004 in the suburbs of Las Vegas by two childhood friends: Ryan Ross on guitar and Spencer Smith on drums, who initially played covers. The two friends were joined by fellow schoolmates Brent Wilson, who played the bass, and Brendon Urie for vocals and guitar. The name of the band comes from a line in the song “Panic”, sung by “Name Taken.

The four boys from Vegas wanted to make it big in music. And for that, they set out to get noticed by Pete Wentz from” Fall Out Boy”, linking him to their site, called “PureVolume”. They managed to impress Wentz, who drove to Vegas to meet them. After their encounter, the boys, who were still in high school at that time, signed a contract with “Decaydance”, the imprint label of Wentz.

Produced by Matt Squire and recorded in College Park, Maryland, Panic! At The Disco’s first album sold more than 500,000. Called “A Fever You Can’t Sweat Out”, the debut album was the album of the day on “The Billboard 200 album charts” and it reached Number 6 on the Billboard independent chart. It was also the #1 Billboard heatseeker chart, selling nearly 10,000 copies in the first weeks from launching. The second single of the album, “I Write Sins Not Tragedies”, one of the most-viewed videos on Youtube, brought the album two double-platinum certifications in the US.

On 17th of May 2006, the band announced the departure of their founding bassist Brent Wilson and his replacement with Jon Walker, who worked at some point also with Red Hot Chilli Peppers.

The band started to gain increased popularity among fans also due to their online presence, reaching at the beginning of their career Number One in the “MySpace” chart.

In 2008, the band released their second album called “Pretty Odd”. The album had a sound influenced by “The Beatles” and “Beach Boys”, a sound quite different from the one in their debut. Brendon Urie and Spencer Smith wanted to continue making changes in the band’s sound, an idea that was disliked by Ryan Ross and Jon Walker, who were fond of the sound from the 2008 album. Subsequently, they left the band and started their own project called “The Young Veins”. Other changes occurred over the years in the initial line-up of the band, which composed at some points as a duo or as a trio: the album “Vices and Virtues” was recorded by Urie and Smith and released in 2011, while the album “Too Weird to Live, Too Rare to Die!” was recorded as a trio and released in 2013. The fifth studio album of the band, “Death of a Bachelor”, released in 2016, had a single member from the initial line-up – Brendon Urie.