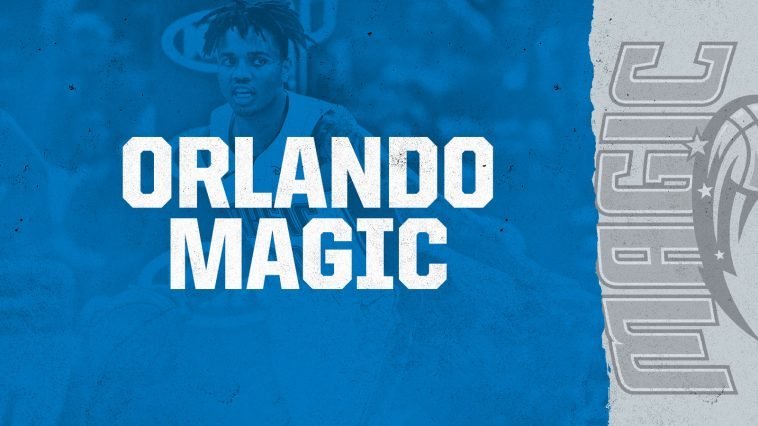 Are you sizing up a trip to an Orlando Magic game? This is a great season for you to check out one of the many games that will be played at the Amway Center. Now is your chance to learn how to save money on your purchase of Orlando Magic tickets. Although we focus on finding a reduced price it’s the experience that counts. We go over several different topics including, where to sit and when to buy your tickets.

Listed right below are tickets to the upcoming Orlando Magic games. The games will be from the start of the season all the way up to the championship round. You will also find tickets to both home and away games so keep that in mind when doing your research. A parking pass may show up here and there so keep that in mind as well. This is something you should try to get included with your ticket purchase.

There were no events found for Orlando Magic.

Although there isn’t a perfect time to buy tickets, there are moments during the season when you can save some money. We’ve done a lot of research in this area and feel like we’ve come up with a couple of strategies that will help you get a cheaper Orlando Magic ticket.

Looking about two weeks out before the game you want to see is going to be a good time to start looking. This is when supply and demand are fairly equal. As the demand starts to diminish you can expect sellers to reduce the prices of their tickets. There are a lot of sellers that put a heavy premium on their seats. Those are the ones you want to avoid. There are also seats that are available that may not be listed. These might pop up as you research during the week.

If you can select a game on a weeknight you could save a little money as well. A game on a Thursday night will be less than a game on a Saturday night.

The Orlando Magic has plenty of rivalries. Going to a game against a team that doesn’t have a large market such as the Memphis Grizzlies, could be an area where you can save some money. Games against the Miami Heat, Boston Celtics, or New York Knicks will definitely go up in cost.

Finding the Best Seat at the Amway Center

Everyone wants the best seat in the house. There is always a way to upgrade your seats at the Amway Center. Whether sitting out on the floor or on the upper level we have some seating chart details for you. Please remember, it’s all about the experience and memory before the budget.

Courtside Seats – There’s nothing like a courtside seat. This is how you get super close to the action and feel part of the game.  Although prices for these tickets will be super expensive they could make the memory of a lifetime. You have access to different lounges around the arena, all-inclusive food, and soft drinks, in-seat waiter service, and more.

Ultimate Seats – These seats are considered five-star. You have concierge service, in-seat waiter service, all-inclusive food, and soft drinks, VIP entrance into the center, and much more.

Club Seats – The club seats around the arena are quite nice. They’ll give you some nice views and comfort to watch the game. These are really nice if you want smaller lines to the restrooms and concessions. Consider a club-level seat for a nice upgrade from some lower-level sections.

Upper Level – We really dislike the upper level. Although the price might meet your budget it’s really not worth spending that money. We highly suggest you throw out a few extra bucks to get a better seat in the lower level or club level.

Suites – There are all kinds of suites to think about. In this case, we are discussing why the suites could make your experience amazing. You have access to all kinds of amenities. Some of these include all-inclusive food, soft drinks, beer, and wine, comfortable leather seats with additional legroom, parking passes, and much more. When searching the Amway Center seating chart, this is one area to check out.

Parking Around the Arena

We only like to discuss the parking because it’s part of going to an Orlando Magic basketball game. The NBA is known for its parking passes. You’ll be looking around $10-$20 to park your car. We suggest you use one of the major mobile parking apps to help you find a parking spot. You should also get this ahead of time to avoid any hassles when attending the game.

There are other ticket purchasing options available. We will discuss with you some of the short and long-term ticketing options.

Season Tickets – Having season tickets to the Orlando Magic could be worth it. This is an upfront investment that will allow you to go to as many games as you wish. If you’re willing to work on selling the rest of your tickets then this could be for you. You can recoup the money on the games you went to see and in a good season, possibly make money on your investment.

Single Game Tickets – Most likely you are here looking for a single-game to attend. The Orlando Magic has plenty of games for you to choose from. You will most likely pay a premium if you just go to one game.

Group Tickets – A nice way to attend several games throughout the season is by buying group tickets. These tickets will be in a package allowing you to see anywhere from 2 to 8 games throughout the year. Unfortunately, you don’t get to select which games you go to. You also don’t get to select what day of the week you can attend. This is good for a large family as long as your schedule is clear.

Last-Minute Tickets – When it comes to going to a game the day of, you do have some options. You can literally drive up to the stadium, find a parking spot and buy a ticket. There are a lot of ticket sellers who are unable to attend the event or are trying to recoup some of the money they had spent. This is for those who are risk-tolerant and understand that they may not be able to enter the game.

The Orlando Magic was founded in 1989 and has been located in Orlando Florida. They are part of the Eastern Conference and in the Southeast division. They are located right near Walt Disney World.

The Orlando Magic do have two conference titles. In both cases, they were unable to win the NBA Championship. They do have several divisional titles as well as plenty of playoff appearances.

Although the market is pretty small for the Orlando Magic you can expect some nice rivalry games against teams such as the Miami Heat and Atlanta Hawks.

Some of the great players that have come through the organization include Patrick Ewing, Shaquille O’Neal, Tracy McGrady, Grant Hill, Ben Wallace, and Penny Hardaway.

Grab a Bite Before a Game

If food is something you are interested in before or after a game you do have some options in the area. We have a couple of them listed below.

Harry Buffalo – This is a pretty cool location offering American-style food, including bison burgers and much more. You’ll have excellent service and the prices are fair.

Kres Chophouse – Although this location is a little bit more expensive it’s a great place to take a date. You have some great steaks and excellent service to go along with it. Check out the Brussel sprouts you’ll be quite satisfied.

Need a Hotel for the Night

Lodging is something you might need to consider if you’re coming from far away. The good news is, there are plenty of places to stay the night in Orlando. Listed below are a couple of options for you. Check out other hotels that may meet your requirements.

Aloft Orlando Downtown – This is considered a three-star hotel offering contemporary rooms and an outdoor pool. You can expect excellent service and a fairly cheap price for a night. On average, you will pay around $125 a night.

Embassy Suites by Hilton Orlando Downtown – The Embassy Suites provides you with everything you need. A nice clean room, a gym, free breakfast, and an outdoor pool. You’ll pay around $170 for the night.

Now that you have enough information to buy tickets it’s up to you to make an Orlando Magic game real. Nailing the best price point is quite difficult. Keep this in mind when you make your purchase. A lot of times people you will find tickets for much less after they make their purchase. Don’t think about what could have been and enjoy the game. Make your Orlando Magic experience great. If you have any more questions about buying Orlando Magic tickets please let us know. Good luck!