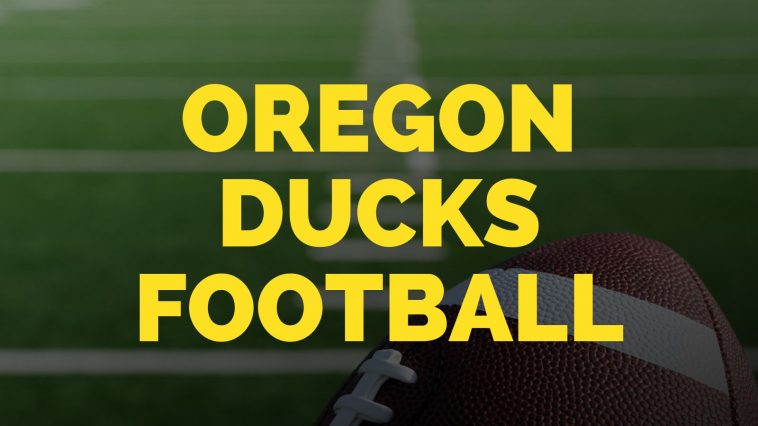 The Oregon Ducks have become a national brand in college football in part because of their unique jersey combinations. But the Ducks have produced many great moments on the football field as well. There was the 1994 Washington game when, with the Huskies at the Oregon 8 looking for the go-ahead score, Kenny Wheaton picked off Damon Huard and returned it 97 yards for a touchdown to secure a 31-20 victory. The Ducks used that win as a springboard to their first Rose Bowl appearance since 1920. There’s also Joey Harrington throwing for 350 yards in a 38-16 Rose Bowl victory over Colorado in 2002. And then there’s Heisman winner Marcus Mariota the year before he won the trophy and took the Ducks to the national title game. In the 2013 Civil War, Mariota hit Josh Huff with 32 seconds left from 12 yards out to give the Ducks a 36-35 victory over Oregon State.

Don’t miss your chance to see the next great Oregon Duck moment. Here are tickets to any game (home or away) featuring the Oregon Ducks!

Autzen Stadium is the 54,000 seat stadium where the Ducks show off all those unique jersey combinations. Tickets at the best price are available in the stadium.

Cheap Oregon Ducks Tickets are available for any game on the Ducks’ schedule. That includes matchups with Pac-12 rivals, like the Washington Huskies, the “Civil War” against the in-state rival Oregon St. Beavers. For some of the cheapest tickets, check out row 70 and up for sections 36 and 37.

Club seating is located on the South side of Autzen Stadium. Seats here include chairback seating, an exclusive club souvenir store, a climate-controlled club lounge, televisions, and upgraded concessions.

Duck fans follow their team as passionately on the road as they do at home. Seats for when the Ducks play outside of Autzen Stadium are available as well. These seats include tickets to away games in the Oregon section. Tickets to neutral site games featuring the Ducks will be listed above.

After you purchase your tickets, be sure to make the most of your Gameday experience. Tailgate at Essig Field. Visit the Cascades Raptor Center or the Museum of Natural and Cultural History. Or if you want to experience nature, walk or ride a bike through the McKenzie River National Recreation Trail.

The best deals and the best seats for watching Oregon Football can be hard to find at times. The Ducks uniform combinations look nifty at home and on the road. We try and give you the best view of those talented and fashionable Ducks. Get the best and cheapest seats to see Oregon football.