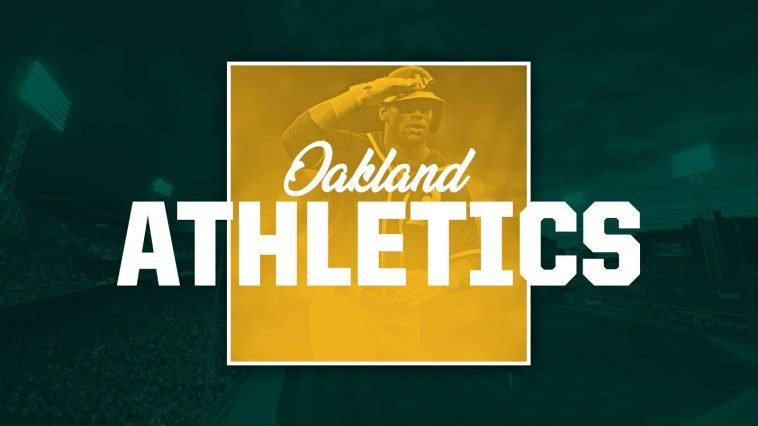 Getting Oakland Athletics Tickets isn’t as hard as one may think. It’s making sure you get the best seats at the best price that counts. We want to share some information about everything Oakland Athletics. Once you read this, you will find yourself more relaxed when it comes to making that purchase.

Being a fan of a team is one thing, but seeing them live in person is what it’s all about. With so many home games in a season, your options are very good when it comes to buying tickets. We’ve listed some tickets just below. You will find a mix of home and away games so make sure you are aware of this before pressing the buy button. If you don’t see the game you want to go to, then try hitting the load more tickets button. This will give you every A’s game coming up during the season.

Now that you’ve seen some listings, let’s get into some of the important things. Such as, when is the best time to buy Oakland A’s tickets? This is a question that gets thrown around a lot. We will do our best to break this down for you.

As we’ve mentioned in many of the baseball team posts, picking that perfect opportunity will be a bit difficult It will come down to several different items which we will discuss.

The first thing you need to think about when getting Oakland Athletics tickets is what game you want to go see. Are you looking for a rivalry game, a day game, a weekend game, or just any game?

If you don’t desire the best seats in the stadium then start looking around three weeks before that game. You can see how new tickets come on to the market as well as if the demand is still high. If you see demand diminishing, you may want to act on certain seats. A game against a rival like the Los Angeles Angels could cost you a bit more and the better seats will be taken.

Now, if you are looking for just one ticket, you have plenty of options. You most likely want an aisle seat and we suggest you watch several good sections for these types of seats.

You will also want to consider the time and day of the game. A day game on a Wednesday will have a lot more availability than a day game on a Sunday. Consider all of these things to get the best timing on your tickets.

Finding a Seat at RingCentral Coliseum

We will premise by saying if you can afford behind home plate or somewhere between the dugouts you’ll be in great shape. These Oakland Athletics tickets will really bring you into the game. You can see every player up close as they come to the plate to hit other than some pitchers.

This is one stadium that has seen better days. It once hosted the Oakland Raiders, not the Las Vegas Raiders. If the Bay area didn’t have two teams you would expect an upgrade to the stadium within the next 5-10 years.

Let’s get into some of the seating around the Coliseum.

These include sections 101 – 150. There are many different calibers of seats in these 49 sections so keep that in mind when pricing. We mentioned above that behind home plate is the place to be. Consider the MVP and MVP infield as well as the Field reserved for seats.

It can get a bit hectic in these seats, but you will find decently priced tickets at any time during the season.

This is the 200 section of baseball. Although you will have a further view from the field level seats you could end up with some nice views.

Nothing great with these seats. These are the tickets that get you into the game but make it really hard to watch. These are some cheap seats that you may check with your family or if you only wanted to go to a part of the game.

If you can afford the seats behind the dugout these are for you. Comfortable seating, as well as great views, will cover the cost here.

A Mix of Other Seats to Consider

Price out all of these seats ahead of time. You can see the cost of tickets in each area to determine if they meet your budget.

Parking Near The Oakland Coliseum

It may cost you more to park your car than the ticket itself. You may pay around $30 to park your car. There are other accommodations such as VIP preferred parking and Platinum parking. These will run you around $100 plus valet if they are offering.

Looking for a Bite

You can check out a place called Diamonds Sports Bar & Grill. This will give you and your group everything you need for a before or after the game meal. It’s a very laid-back environment with plenty of burgers and nachos. You may find some really good local beers on tap.

The stadium is near the airport so you have places to stay right nearby if you wish. However, if you are looking for something a little bit further and nicer, check out the Oakland Marriott City Center. You will pay around $170 a night and get all the amenities that you will need. Be sure to dig in and do your research on this hotel. Check it out.

Time to Buy Some Tickets

Season Tickets – A big move is when you buy season tickets for a baseball season. Now is your chance to get cheap Oakland A’s season tickets. You can find your home base and go to as many games as you wish. You then have the opportunity to sell the rest of the tickets. This could allow you to make up the difference from the money spent. In fact, in a good year, you can actually make a profit. Selling tickets is a fairly easy process these days. We talk about ticket sites here.

Group Tickets – Here is another option for you if you wish to go to more than one game. Snag some group tickets. More than likely you won’t be able to select the games you go see, but the prices should be fair. Always check your calendar since you won’t be able to make adjustments.

Single Game Tickets – The most obvious way of getting tickets is to buy for one game. Here you will spend the most, but at least you can dial in the seat you want. With the right research, you can get into a game for a reasonable cost.

Last-Minute Tickets – This is the way a lot of fans go to games these days. They decide the day of and buy seats on their mobile phone from sites like SeatGeek. It makes a spur-of-the-moment purchase that much easier.

There day one location was in Philadelphia where they remained until 1954. They moved to Kansas City from 1955 to 1967 and then finished their tour in Oakland.

Although they play in one of the oldest ballparks in the majors it is just a matter of time until they make their move.

You can expect some heated rivalry games against the neighboring Giants which always brings in a fun crowd. Since they had stops in Philadelphia and Kansas City, games against the Phillies and Royals can be fun as well.

Some great players to come through the organization include Rollie Fingers, Dennis Eckersley, Rickey Henderson, Reggie Jackson, Joe Morgan, and a ton more.

Let’s be honest, you can pay as little as $10 to get into an A’s game. Will this be worth it when you are sitting so far away? Look to spend around $30 minimum for okay seats. If you are looking to level up think about the box seats and behind home plate. There are plenty of options when looking at the seating chart so be sure to break it down by location first. Remember, it is all about the experience in the end. So when you buy your Oakland A’s tickets consider this above everything else.