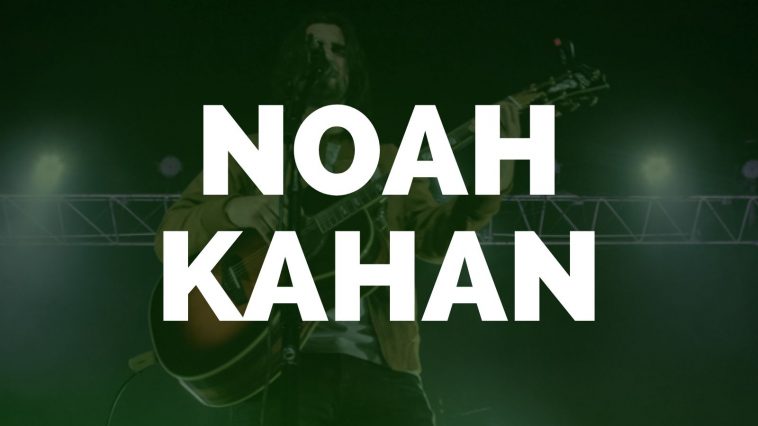 When it comes to the Indie-folk genre there is a no bigger name than Noah Kahan right now. It took only a short while before his sound became one of the best. We will discuss some of the things you need to know about Noah Kahan, where the best seats at his concerts are, some vital statistics that may fascinate you, and much more.

The great thing about getting tickets is that you are almost there. All you have to do is find the venue and date that works for you. In the listings below you will find all of the upcoming shows that Noah Kahan will be performing. If for some reason the location doesn’t fit your needs the load more button will help you find the rest of the shows. Don’t miss out on the next Noah Kahan concert near you.

Noah Kahan TD Pavilion at the Mann - Philadelphia
From $93

Best Place to Sit at a Noah Kahan Concert

Currently, Noah isn’t ready to fill up the large venues around the country, however, he is definitely getting there with shows in locations that are just below big-time arena size. We will look at a couple of different spots he is playing and try to give you some answers when it comes to picking the best seats for a Noah Kahan concert. You’ll have options, but you should be aware of two things. One, make sure you have a budget for the best seats and make sure you keep the experience in mind when you are at check out.

General Admission – There are several locations on his tour where you don’t have an option when it comes to seating. Such is the case at the Iron City-Birmingham. This location is strictly general admission and standing room only. Places like this will sell out quickly so a site like Vivid Seats will be needed to find tickets. Even the Mission Ballroom in Denver is an all-GA event. You could pause and wait for ticket prices to drop if you see that there are a lot of them left.

General Admission with Seats – Then you have a place like the House of Blues in Dallas. This is a mix of general admission standing room and balcony seats. This gives you the mix and price will help determine what you want to do. Crowds get a little heavy, so if you can get a seat you could find yourself much more comfortable.

All Seats – If you are in Albany, NY, you could see him in The Palace Theatre. The seating will most likely be limited, but if you can score some seats in the lower sections you’ll find yourself in for a good time. You could consider going on the wings to save a few bucks as well. This isn’t a big venue and it will most likely be one of the more intimate events.

Outdoor Venues – You then have options like The Mann and Merriweather Post Pavillion. These locations carry a lot of seats and also have tons of lawn space. We suggest you only book tickets in the seating locations. The lawn may be cheaper but the experience won’t be as strong as if you were in the lower closer sections to the stage.

Since Noah Kahan is playing in so many different styles of venues it will come down to what works for you and what is available. Shows will sell out so keep that in mind when doing your research.

How Did He Get Here?

Coming from Vermont, Noah started out playing at open mics and local pop-up events. He did study music in college which helped him navigate the early years of becoming a future star.

In 2016, he released his first Extended Play called Hurt Somebody, which eventually received some listens from some of the bigger record labels in the market. Busyhead which was his debut album really launched Noah on the Indie-rock scene.

Over time he was fortunate to play alongside Julia Michaels, The Lumineers, James Bay, and Lewis Capaldi. When you are performing with such talent, you are destined to make it big.

Over the years of his career, Noah was invited to play at some of the biggest music festivals and will most likely get added to the set list at some point again. You may even see tickets for a festival that he will be performing at in the listings above. Look for him at Coachella, Bonnaroo, and Lollapalooza. There are so many different events to see him if you do miss the current tour.

Deeper Look into some Statistics

During his success, Noah has built up a large following on all of the social media channels. Here we will discuss the success he has on several of them.

The best way to determine if a singer or group is fairly active is by looking at some Spotify numbers. This will help us gauge the number of people listening to the artist currently.

According to Spotify, Noah Kahan has around 9 million monthly listens on the platform. This is a solid number for someone that hasn’t been around that long. Some of the more popular songs include Stick Season and Northern Attitude.

Another metric we use is the number of subscribers on YouTube. We see that he has over 300k subscribers and this is definitely going to jump higher as he goes on more tours and produces more videos. His most popular video is just an audio track of the song False Confidence. It is pushing above 30 million views at this time. The most amount of watches based on an actual video is the Hurt Somebody official video. This video has almost 6 million views.

Other social media metrics we look at include Twitter, TikTok, and Instagram. His Instagram following has been picking up some steam and sits at almost 300k followers.

There is a lot of growth to be had in the future. These numbers will change more than likely from when you read this. This will help you gauge the growth that has occurred over the years.

Make Your Way Out to a Show

Now that you have the lowdown when it comes to Noah Kahan, it’s up to you when it comes to finding those hard-to-get tickets. We showed you what to consider when it comes to getting the best seats as well. You have different styles of venues to consider, so hopefully, you are in an area that works for you. This tour and all future shows will be listed here for you to look at in the listings above. This is the best time to buy Noah Kahan tickets so act today and good luck with your research.