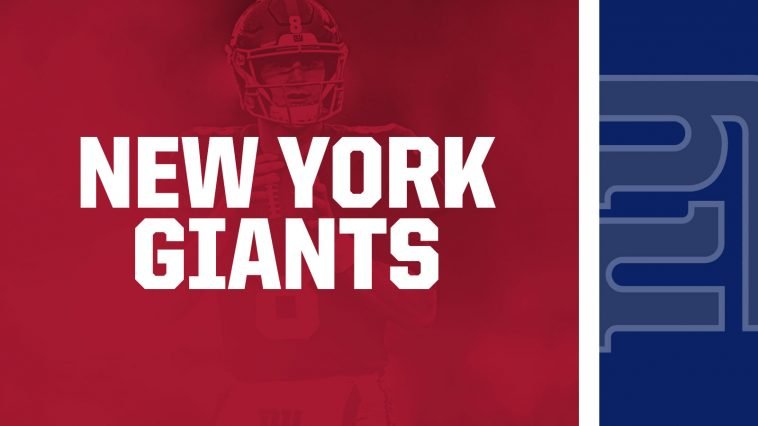 When you have a large city and surrounding area of football fans, you get access to two NFL football teams. Going to a New York Giants game is a bigger task than it looks based on stadium location and crowds. We will try to help you find the right time to buy tickets, the best seat, some general information and more so you can have a better experience.

Listed right below are tickets to upcoming New York Giants games. You will see tickets from preseason all the way up until the playoffs. Tickets to home games and away games will be listed. Should you see some tickets with parking passes, make sure you check those out as this is a big thing when it comes to going to a Giants game.

Depending on the season the Giants are having there are a few things to look for. During a winning season, tickets to a Giants game will be quite expensive throughout the stadium. Although tickets will be expensive during losing years, they will fall off somewhat as sellers will try to make back their money.

A good time to buy Giants tickets is generally around two weeks out. There will be plenty of tickets available as the supply will go down a lot from here. If you can buy tickets after a loss or even two, you will find tickets for a small percentage less.

Another thing to think about is buying tickets to games against smaller fanbase teams. This will rule out a lot of demand that you would see against heavier followed names. This will definitely save you some money.

Where Should You Sit at Metlife Stadium

Finding the best seat for your budget can be difficult at NFL stadiums. Unfortunately, when it comes to the New York Giants, you are in for even a bigger expense. Just being near the city of New York pushes the price up. We’ll go over some of the sections and areas to think about when making your purchase.

Lower Level – The best way to watch an NFL game is from the lower level. You will get the best sounds and crowd interaction along with up-close gameplay. If you can afford the 50-yard line seats at MetLife it may be worth it. These seats are super close to the sideline. These seats are also known as the Legacy Club. Choose sections 112-114 if you want to sit behind the New York Giants bench. Save a little money by choosing the opponent sideline in sections 137-140.

The EY Coaches Club – Let’s get right to the point. The EY Coaches club offers some great seats with great options to go along with it. You get VIP parking, Plenty of legroom while seated in your padded seats, private bathrooms, all-inclusive food and soft drinks, and plenty of other things.

The Mezzanine Level – The second level of MetLife is pretty sweet as well. These seats will come at a premium, but it does provide you with some great views and comfort. They are located in the end zones so keep that in mind when picking your section.

Terrace Level – These are the seat we suggest you avoid if the budget can go a little bigger. This is where your experience and memory will come into play. These seats get you in the stadium, but there is nothing special about them.

Suites and Boxes – This is New York. There are luxuries all over the place including all around the stadium. Look for all of the different sponsored suites and boxes. These names will change based on who bids it up. Just remember, you will sit in style with all-inclusive food, drinks, VIP parking, and some comfortable seats.

Places to Park Around the Stadium

The annoyances of going to a game include parking. This is the cost of having a good time. If you plan to drive to the game and park your car, you’re looking at a minimum of $40 to park. We suggest you get a parking pass ahead of time if you can. Look for sites like SeatGeek to help you find a parking pass ahead of time. Some game tickets get sold with a pass, so keep that in mind.

How About Some Food Nearby

If you are going to a game, you may want some food before or after the game. We’ll give you a couple of options you could check out. None of these places are super easy to get to, but if you have a car you’ll be alright.

Vesta Wood Fired – Brick oven pizza is a solid way to start or end the game. This place has nice rustic Italian food and people consider it the best in town.

Biggie’s – This is a bar-style location that is great for after a game. You can get access to seafood, burgers, and even sports bar food. There is a casual climate and welcoming.

Is There a Place to Stay the Night?

This is New York, so it will depend on which part you stay in that will determine the cost. We can’t name all of the hotels in the area, but here is a couple you may want to check out.

SpringHill Suites East Rutherford Meadowlands/Carlstadt – A long name without a huge cost. This is considered a real decent spot and you can get rooms for around $150.

Hilton Meadowlands – This is a Hilton, but it isn’t considered a 4star or better hotel. Look for some conveniences and a good bed to sleep on. You are looking at around $140 a night in this New Jersey Hotel.

At this point, you should be pretty close to making your ticket purchase. Before you pull the trigger, consider these two options as a means of buying tickets.

Season Tickets – To some people, this may sound crazy. However, this is a great model to enjoy a couple of games a year and possibly making money by season end. Think about a season ticket package. Go to the games you want to see and sell the rest. You’ll only have to deal with selling a few game tickets. With sites like SeatGeek and StubHub, it makes it really easy to list your tickets.

Last Minute Tickets – This is what it means. You literally pull up to the stadium and buy your tickets at the last minute. There are 100’s of tickets that get wasted on a lot of games each week. Sellers who missed out on the original demand will push to sell their tickets for cheap. This is your chance to jump on the opportunities.

The New York Giants were one of the original professional football teams. They were founded in 1925. Once the merger of the NFL happened they joined the NFC East, where they stand today.

The Giants have won four Super Bowls in five appearances. They have also won their division several times over as well as appeared in the playoffs multiple times.

Some of the greatest rivalries come within the division. You can see great games against the Dallas Cowboys, Philadelphia Eagles, and the Washington Football Team. These games usually carry a heavier price due to the demand for these games. Shared stadium opponent New York Jets is always a fun game.

Over the century, there have been plenty of players that have come out of the organization. Some worth mention includes Lawerence Taylor, Michael Strahan, Harry Carson, Eli Manning, Tiki Barber, Y.A. Tittle, Justin Tuck, and many more.

Time to Make a Deal

Now is your chance to head out to a New York Giants game. Get the ticket purchasing process out of the way and start getting ready. We hope this bit of ticket information will not only help you find the best-priced tickets but also help you get the best seats. Let us know if there is anything else we can help you with.