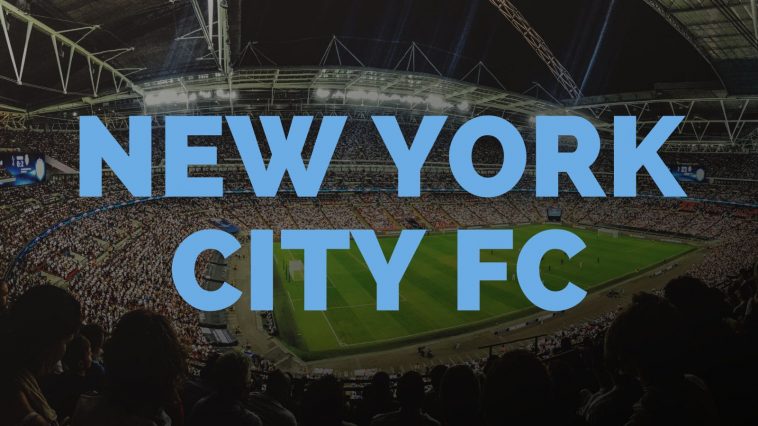 New York City FC entered MLS in 2015 as an expansion side along with Orlando City SC. The club was created through a partnership between the City Football Group, which owns Manchester City of the Premier League in England, and Yankee Global Enterprises which manage the New York Yankees and Yankee Stadium. As the second MLS club in the New York City area, but the only one inside city limits, the team and fans have a fierce rivalry (The Hudson River Derby) with the New York Red Bulls. NYCFC’s crest, color scheme, and jerseys pull from Manchester’s ‘City Blue’, the city’s flag, and the iconic Yankee stripes.

Yankee Stadium is the second iteration of the historic American sports arena. Opened in 2009, it seats roughly 29,000 for MLS matches but is expandable to over 47,000 for bigger games. While visiting the stadium, head over to Heritage Field which is where the original Yankee Stadium stood from 1923 until 2008 and hosted Yankees (MLB), Giants (NFL), Cosmos (NASL), Muhammad Ali’s boxing title defense, and visits from three Popes. Finding great deals on tickets to see New York City FC in MLS at the legendary Yankee Stadium are here.

The renovations at Yankee Stadium make it a top-class facility, even if it seems odd seeing a soccer pitch arranged into a baseball field. There is something for everyone. The cheapest tickets are located at both ends of the soccer pitch throughout both the first and second tiers. If you want to sit among the rowdiest fans singing and standing search for seats in sections 235-238. Sections 109, 110, 209, and 210 have been reserved for families. Or if you are looking for a premium experience, NYCFC offers private suits, access to exclusive hospitality clubs, and pitchside seating to be right next to the action.

Note: Yankee Stadium allows children three years old and under and shorter than 30 inches in for free without a ticket of their own.

Away games bring out the truly die-hard fans ready to follow their club across the country and transplant fans who are looking for a chance to see their team in their new home city. Whether you are looking to see the club from the Bronx as they come to your hometown or want to travel with The Third Rail (NYCFC’s top supporter’s group) affordable tickets to New York City away matches are out there

Public transit or car service is your best option for getting to Yankee Stadium on gameday and avoiding New York City traffic. Subway lines Green 4, Orange B, and Orange D all stop at the 161st Street – Yankee Stadium station. You can also reach the area by the Metro-North Railroad on the Hudson Line, stopping at East 153rd Street, or by taking the New York City Bus (routes Bx1, Bx2, Bx6, and Bx13 all stop at the grounds). Before and after the MLS match there are endless options for site-seeing, dining, or grabbing a drink throughout the city. The Football Factory at Legends on West 33rd Street is often regarded as one of the top soccer bars in NYC.

New York City clearly has countless hotel options, but if you looking to stay near Yankee Stadium the Best Western Plus Stadium Inn is just to the west and walkable. Or about one mile to the southeast is the Umbrella Hotel which offers a modern feel and the Opera House Hotel which has turned a historic opera house into accommodations.

New York City is one of the most entertaining cities in the world, and a visit to see NYCFC in the historic Yankee Stadium before the club moves into their own stadium is a must for soccer fans. There are plenty of options for finding the exact ticket you want for a great price. If heading to see the New York City FC make sure to add in an extra day to take in the sights and foods the Big Apple has to offer.